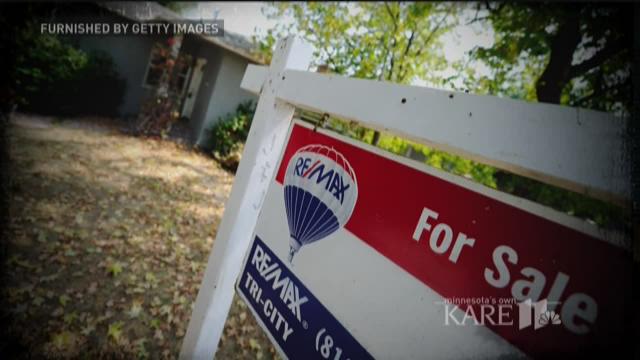 EDINA, Minn. -- The Twin Cities housing market may be competitive right now but it's not the only reason some people are holding off on buying their first home.

"With bills and everything it piles up. You're trying to figure out if you're going to have enough to even put away for yourself, let alone for a house," said Caleb Hawkinson of Minneapolis.

The Minnesota Association of REALTORS, along with the Builders Association of the Twin Cities, is proposing the First-Time Home Buyer Savings Account Act (HF1234/SF888).

"People always wonder, 'Well, why are first-time home buyers so important?' They're the first link in the chain. Nobody else who has a home can sell if that first home buyer... doesn't enter the market," said Chris Galler, CEO of the Minnesota REALTORS.

The First-Time Home Buyer Savings Account Act would allow individuals and their families to save for their first home while receiving a tax deduction.

"That would allow home buyers to set up accounts in either a regular bank, credit union, savings and loan... whatever they want to do. Set it up and deposit money into it tax free and then accumulate those dollars over time and any interest would be tax free, as well," Galler explained.

According to the National Association of Realtors, the number of first-time home buyers is down both nationally and in Minnesota. In 2016, out of all home buyers, about 35 percent were first-time buyers. Galler said that number is normally about 10 percent higher.

"Our research has shown that now with student debt being as high as it is, childcare is expensive, they have some credit card debt, they're having a hard time socking away dollars in order to save for that first-time home. And rents have really gone up in the state of Minnesota, not just in the metropolitan area but all over, and that also makes it difficult," Galler said.

You can read more about the First-Time Home Buyer Savings Account Act, here.