Ai Weiwei is the brains and heart behind the installation that creates a striking visual on E 24th Street. 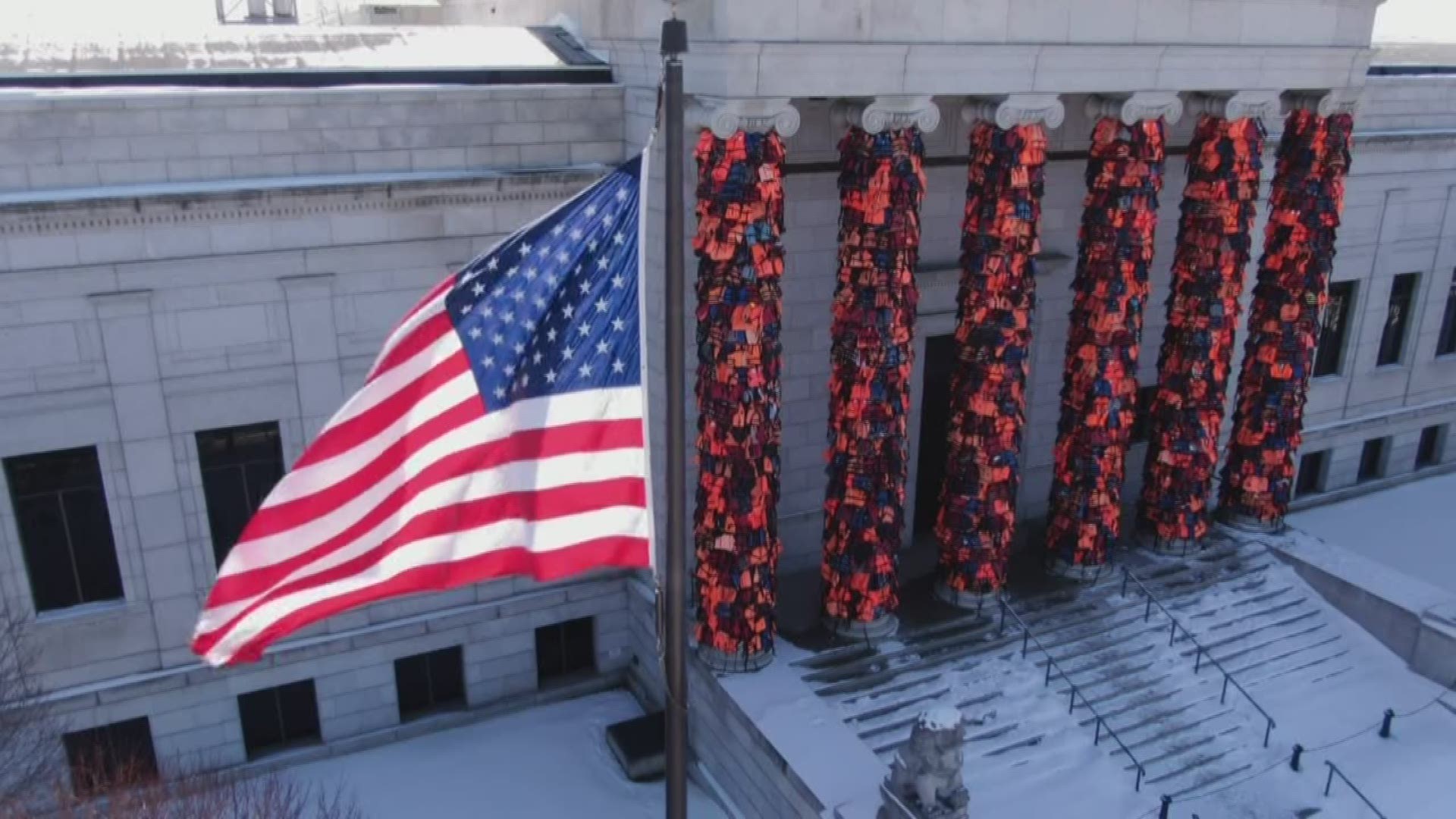 MINNEAPOLIS — Even on the sunniest of winter days, the Minneapolis Institute of Art hasn't looked this vibrant.

"It's deeply personal," Mia's curator and head of contemporary art Gabriel Ritter said. "It's also just immediately visually arresting. You are just stopped in your tracks. I think initially people are wondering, 'What is this?'"

What it is, is a statement. The normally gray and white columns are now covered with 2,400 life jackets, all worn by refugees who have made the tumultuous journey by sea from Turkey to Greece. The refugees were fleeing war in Syria and Afghanistan.

"The life jackets were recovered and then donated to the artist by the mayor of Lesbos in 2016," Ritter said.

The brains and heart behind the installation is none other than world-famous artist and activist, Ai Weiwei. Ritter said they reached out to Ai Weiwei, thinking his work was perfect for their upcoming project.

"Minnesota has the highest population per capita nationwide of refugees," Ritter explained. "This exhibition really looks at the struggle and the lives of not only immigrants, migrants, but those who have been forced-displaced, refugees. We wanted to find and work with an artist of Ai Weiwei's stature who is not only in his own right one of the most celebrated and well-known artists, but is one of the most visible human rights activists working today."

"The way I envision what museums are - are a space for open dialogue and open dialogue on difficult issues," Ritter said. "Mia as itself, is a space that is free, open to all and is really welcoming to all visitors in our community."

Ritter said it was personal for him as well. He's hoping whoever lays eyes on the exhibition can think twice about what kind of people make up the fabric of America.

"My grandparents and my father were refugees, they came to this country in 1949 escaping the Holocaust," Ritter said. "This show and statement of welcome is not only deeply personal but is also my story. I think it's important to share with the public. I'm very proud of this piece and having it at Mia."

Mia's newest exhibit that feature's Ai Weiwei's "Safe Passage" is called "When Home Won't Let You Stay: Art and Migration." The exhibit runs from Feb. 23 to May 24, 2020.

Ritter said once the snow melts, visitors will be able to walk through the main doors with the life jackets on E 24th Street.

RELATED: MN-based Alight remains on the ground in Syria