Andrew Towne, along with five others, finished their trip on Christmas Day, 2019. 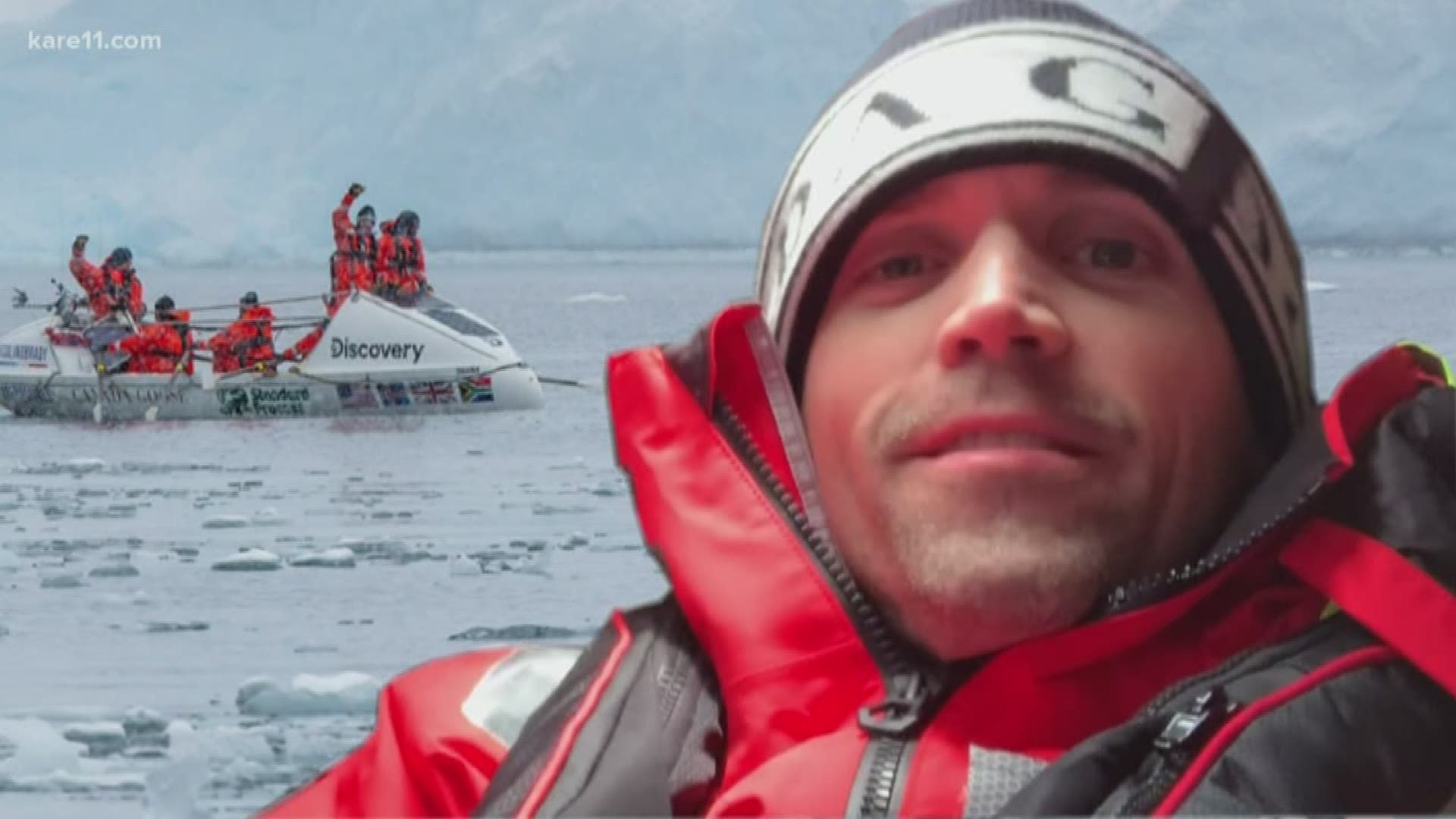 MINNEAPOLIS — The Discovery Channel called it the 'Impossible Row,' for a good reason because six guys just wrapped up the world's first ever human powered rowing journey from Chile to Antarctica.

So if you live in Minnesota, it's not hard to find a Viking (get it?) but a Viking of Andrew Towne's kind is rare. Towne is a real Viking, like the rowing kind, who returned home a few weeks ago after what he calls a "crazy" journey.

The entire trip was 655 nautical miles that took the crew through the Drake, the most treacherous passage of water in the world on a row boat. When asked why he wanted to even attempt this, Towne had an answer.

"Lots of reasons," he began. "I had lots of personal reasons for the row and also reasons that go beyond myself, from a personal perspective, I love nature and testing my mental and physical."

As someone who was inspired to change pretty young, the impassible feat didn't seem so impossible for him.

"I was pretty overweight when I was a teen and I made a conscious choice to be more active, jogging just half a block and eventually walking onto a varsity Division one rowing team with no prior experience," Towne said.

12 and a half days were filled with surviving the elements and taking turns sleeping while others rowed.

"The relief came from ending the row and being safe after 12.5 days of adrenaline inducing fear and exhaustion," he said. "The satisfaction comes from knowing that our training and prep was enough."

The expedition brought him back to a turning point in his life. He said it reminded him a lot of the moment he faced his fears and took a step towards athleticism.

"The hardest adjustment for me was the very first time I took a major step outside of my comfort zone," Towne said. "It was from someone with no athletic background to trying to be a Division One varsity athlete."

Perhaps that bravery he showed himself as a high school kid was the only thing he needed to face his fears, this time, on the world stage.

"It was sort of a reaction to the teasing that I experienced in high school," he said. "It's that I wanted to see if I could be somebody that people around me thought that I wasn't and that was in retrospect, a pretty big motivator for me."