How are parents viewing the new design? 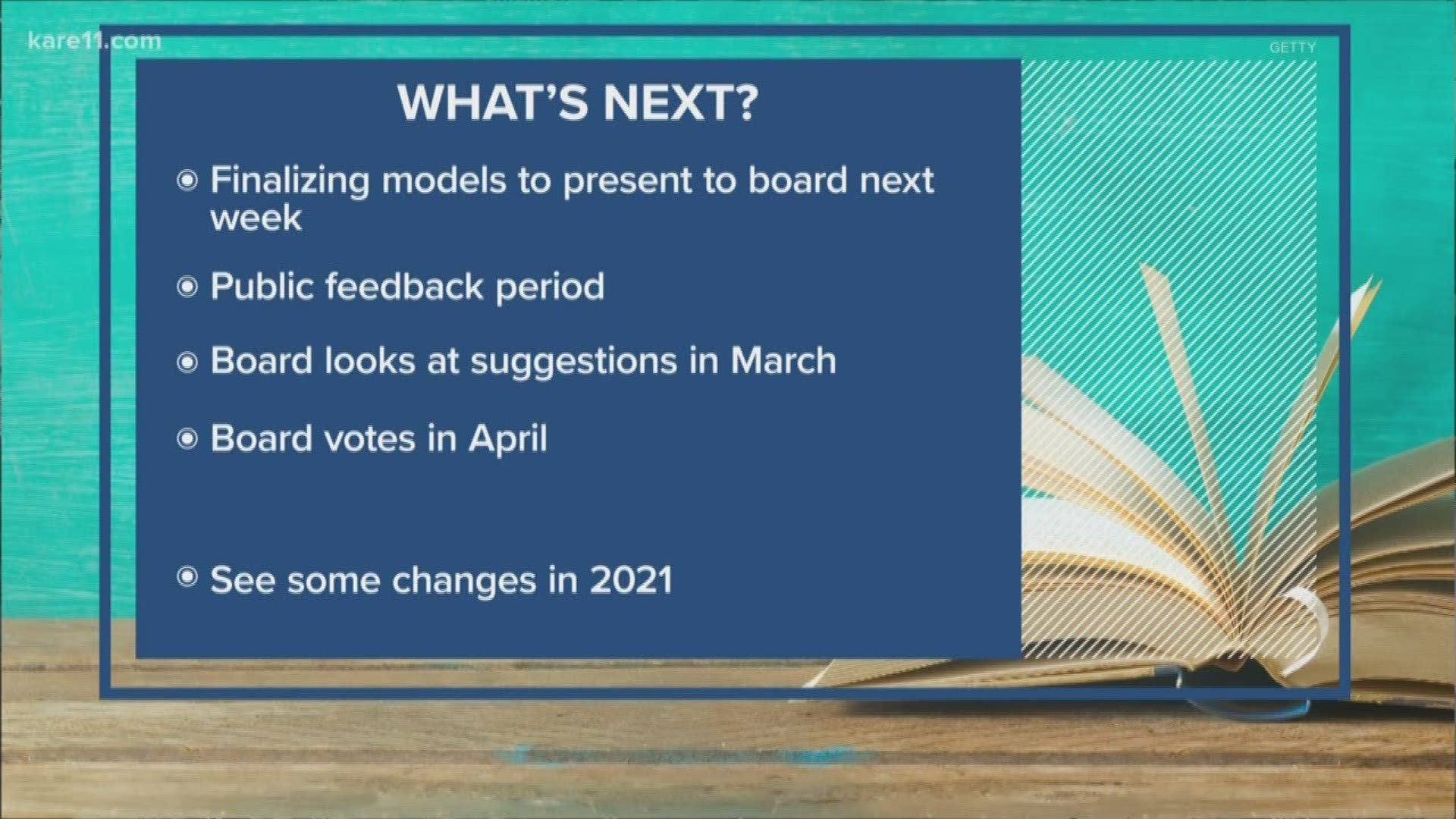 MINNEAPOLIS — The district's design plans obviously have a lot of parents talking. At the last board meeting on January 14th, emotions ran high among the parents.

It's clear to us that every parent has an opinion on this. We understand that it is an extremely important decision that is near and dear to many fathers, mothers and guardians of the children who attend schools in the Minneapolis Public Schools district.

We want to interview hundreds and hundreds of parents. We want to hear from all of them--however, we know that is impossible. So we decided to sit down with Sarah Lahm, who has four kids in the MPS system, but who also happens to be a journalist herself. She writes about education news in Minneapolis on her website Bright Light Small City.

We reached out to Lahm because we thought she would be able to give us a more birds-eye view of the situation. Yes, she is a parent and yes, she is involved. However, she reports her findings for the public to consume and is connected to the MPS families more than we could ever be.

Lahm started off our conversation by making it clear that her four kids' experiences have been wonderful at MPS.

"We've benefited from stability," she said. "Our school that we go to is four blocks from here so my kids can walk and we don't deal with the bus."

That being said, Lahm said a lot of other parents seek just what she has; Stability. She said what she had seen from the district's comprehensive plan so far, seems disruptive.

"What I've heard people talk about recently is that you've got friendships that children form and relationships with school staff and families," she said. "To disrupt that-- I mean, it may be wise to consider that a last resort."

For example, if the district decides to do away with a handful of K-8 schools and turn them into K-5, 6-8 programs, Lahm said it will disenfranchise families who benefit from having many of their kids in the same school."

"No model is perfect and no one thing works for any family," Lahm said. "But one thing we found beneficial is the way the staff knew our kids. Going from being a five-year-old up to middle school age, someone knows you. They've seen you as a young child and then in the adolescent years, that can be a beautiful thing."

She also added that some parents have expressed that the proposed changes are too extreme.

"The proposal as we know it thus far is to move 64% of MPS students, that is a big disruption potentially," she said. "And if we look at the recent history of MPS and other large districts like St. Paul, that's what's been tried. That's been done repeatedly."

"Everything we've seen so far looks remarkably similar," she said, reflecting on what the plan was back in 2018. "So it doesn't look from the outside that there's a ton being discussed and considered."

When asked about the level of trust between parents and the district, Lahm had this to say.

"I would say it's never too late," she said, referring to repairing trust. "That we're supposedly-- by the district's own assertion-- we don't have a plan yet. They asked us to wait and have good faith in their intentions."

We asked her if there was a silver bullet, something that will help solve all of this. Lahm said there definitely is no such thing.

"If there's one thing that would be most helpful is for the district to work harder to understand the day-to-day experiences of teachers, school support staff and families in their schools," Lahm said. "To me, that is the real source of hope and understanding."

The plans will be presented before the board in March, and voted on in April. Any substantive changes will not happen this fall.

RELATED: MPS Superintendent answers questions about possible major changes ahead for all students