The president of the Minnesota Nurses Association says resources are becoming strained as a surge in COVID coincides with flu season and elective surgeries. 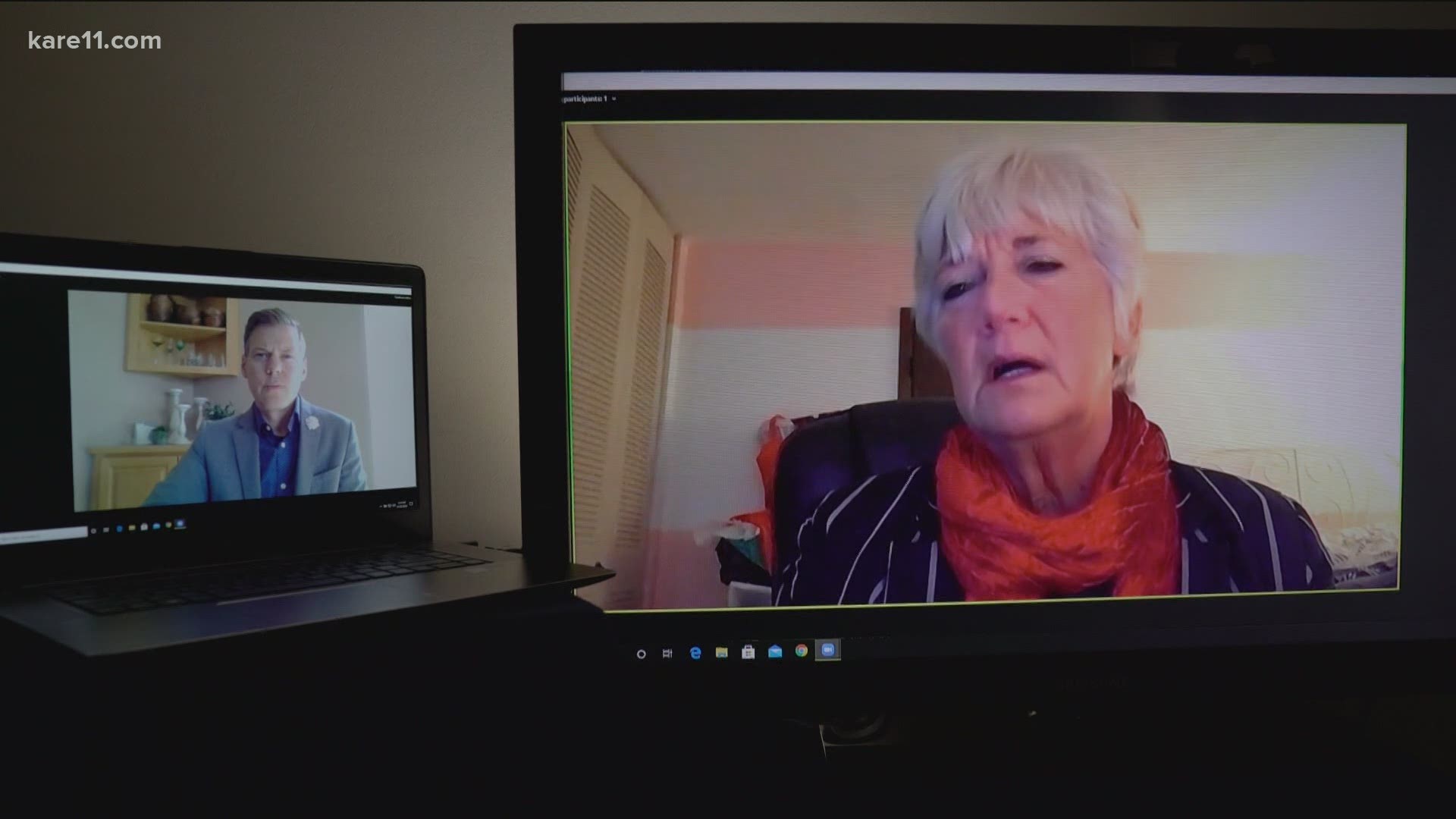 MINNEAPOLIS — As daily COVID-19 cases and hospitalizations rise in Minnesota and across the country, the president of the Minnesota Nurses Association hopes you do more than shrug.

"I would hate to see the lightbulb go on when they're heading in an ambulance to my ICU," said Mary Turner, who is an ICU nurse at a level one trauma center in the Twin Cities. "I hate to have people going, 'I should have listened. I should have cared.'"

Back in April, Turner first spoke on behalf of the 23,000 members of the Minnesota Nurses Association, but she also spoke about her own personal experience on the front lines.

"I don't know how many calls I've had in the middle of the night," Turner said during a coronavirus briefing on April 17. "Asking us, can you please just put the phone up to their ear, so we can tell them we love them?"

Since that day, she's worked through the initial peak and roller coaster that has followed.

"At one point we had three ICUs full, three med-surg units full of COVID," she said. "Then it did a down swing and at the end of summer, on my floor, a 13 bed unit, at one point we only had three COVID (cases) and we thought, 'My goodness. We're in the home stretch.' Unfortunately, that is not the case any more."

According to the Minnesota Department of Health, in the last month there's been a 70% increase in COVID-19 patients requiring hospitalization. Turner says coronavirus patients have once again filled her ICU and another med-surg floor at the hospital, with others filling fast.

"And more importantly, we are starting to see our first cases of flu/COVID," she said. "A combination of the two."

But as she and other nurses brace for the next peak, two new studies indicate that COVID death rates are dropping, thanks to better treatments. Turner says she has witnessed improved outcomes first hand, but warns that it's not a reason for anyone to let their guard down.

"People have had much better outcomes. We're using the Remdesivir, Dexamethasone, Decadron, that's the steroid, (convalescent) plasma, but it's not like, 'Oh, you get the drugs and you're better,'" Turner said. "If you end up hospitalized, you are there for a long time. I know that President Trump got the best of care and he got out of there pretty quickly, but the normal course of the stay is like three to four weeks."

And she says, right now, COVID and emergency patients aren't the only ones filling beds.

Tricky, because she says nurses all over are still re-using PPE, originally designed for a single shift.

"I'm down to two shifts (re-using a mask), which is better than ten, which is what it was in March," she said. "But I was just up in Brainerd where those nurses are wearing their N-95s for five whole shifts."

And at that picket line in Brainerd last week, she says she learned some staff outside of nursing aren't getting PPE at all.

"If they've got people running around, like the housekeeping coming in and cleaning the COVID room afterwards, and they don't have personal protective equipment, that's a problem," Turner said. "That's why we say we don't have enough."