With his North St. Paul antique shop set to close by the end of the year, Jerry Peterson is now selling a majority of his postcard collection. 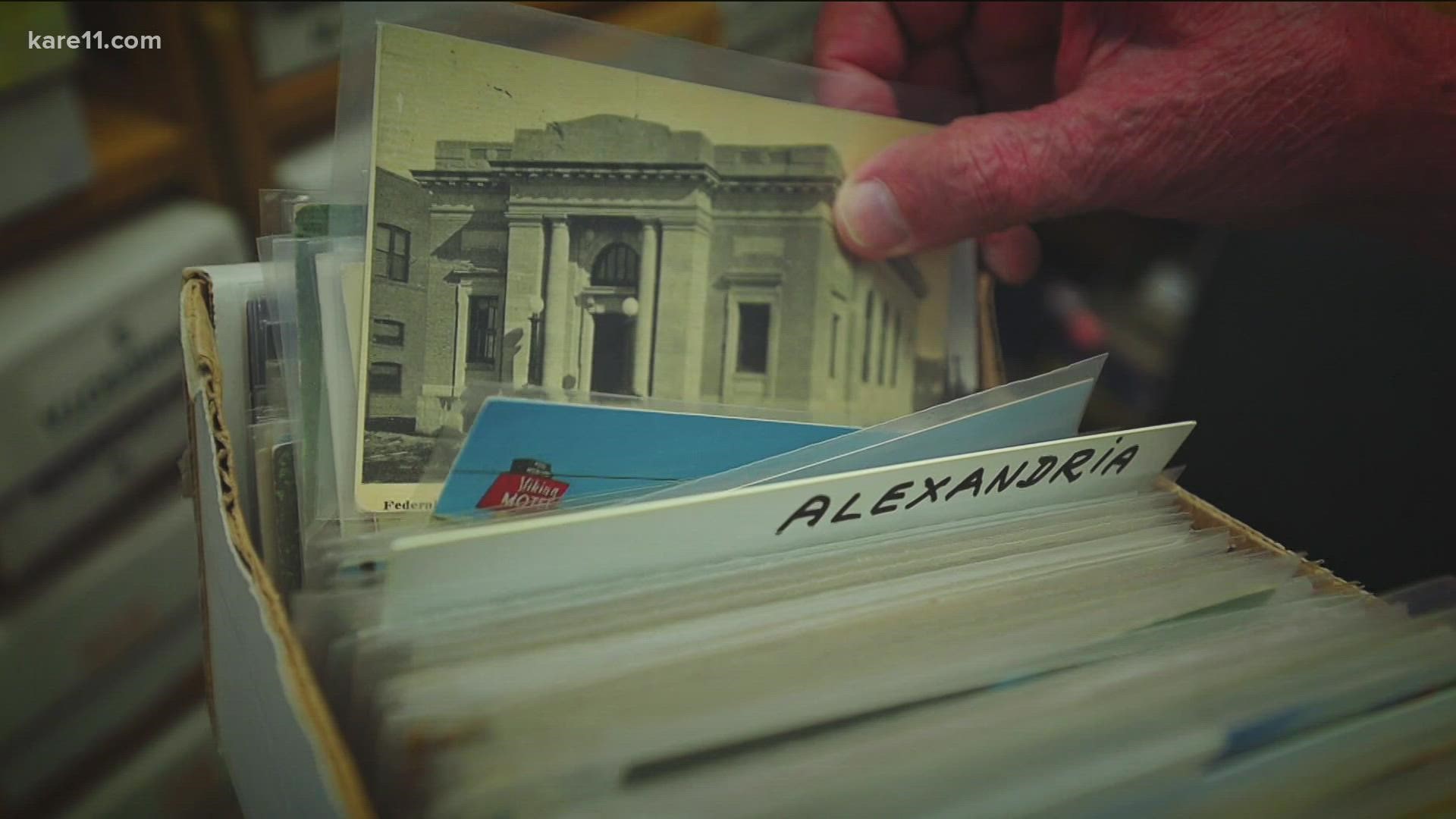 NORTH ST PAUL, Minnesota — Inside the 7th Avenue Antique Mall in downtown North St. Paul, the past is preserved.

"I'm a nostalgic old fool, I suppose," said Jerry Peterson, who has owned the shop since 2001.

"I inherited what I like to call a 'collector gene' from my dad. He was a collector of things and I am, and my son is," Peterson said. "So it's been passed on and I believe there are some people who are just collectors."

Peterson started collecting postcards in 1990 after he unexpectedly won cards at an auction.

"If anything ever existed or happened, it's probably on a postcard if there were postcards during that era of time," he said.

His collection includes some of the oldest picture postcards from the Chicago 1893 World's Columbian Exposition.

Peterson can tell you everything about a postcard. He recalled how printing of postcards was often done in Germany in the early days.

"They had wonderful printing processes that really haven't been duplicated since," Peterson said.

Any time something happened in town, photographers would go out and take photos.

"If there was a disaster, a flood or tornado hit anywhere in the area, they would often go out and take pictures of it. So a lot of those pictures still exist and some of them, the only place they exist is on postcards," Peterson said. "It was a way of life though... from 1907 to about 1914 is called the golden age of postcards and almost everyone was sending them."

For the past three decades, Peterson has collected more than 750,000 postcards.

"I have it all, yes. Except I don't have enough years to deal with it all is the problem," he said.

Peterson is selling the building and 7th Avenue Antique Mall will close before the end of the year. He's keeping his personal collection of about 70,000 postcards but the rest will be sold.

"We just decided it's time. I'm 80 years old and have been doing this for a long time and need to smell the roses a little bit, I suppose," Peterson said.

Rollie Carlson read about Peterson's postcard collection in the Pioneer Press and came out Tuesday afternoon looking for postcards of resorts in Park Rapids.

He's been collecting postcards for 30-40 years.

Some postcards can sell for hundreds of dollars while most go for a couple of dollars. The most expensive postcard Peterson ever sold went for $400.

"One of the problems with collecting right now is most collecting is kind of going by the wayside because it's dying off with us and there aren't many kids that are starting it," Peterson said.

Peterson personally collects postcards that remind him of his granddads and his father. For example, he collects World War II postcards in memory of his dad who served in Italy during the war. His wife also likes to collect things, including postcards of mermaids and spinning wheels in memory of her great grandma.

While you can still buy his postcards for now, a couple local dealers are interested in the entire collection so they could be gone in the near future.

Items at 7th Avenue Antique Mall are on sale for up to 70% off and the store plans to close before Christmas.