"The gust shook the building. You could feel it internally even," Brent Hamoud says. 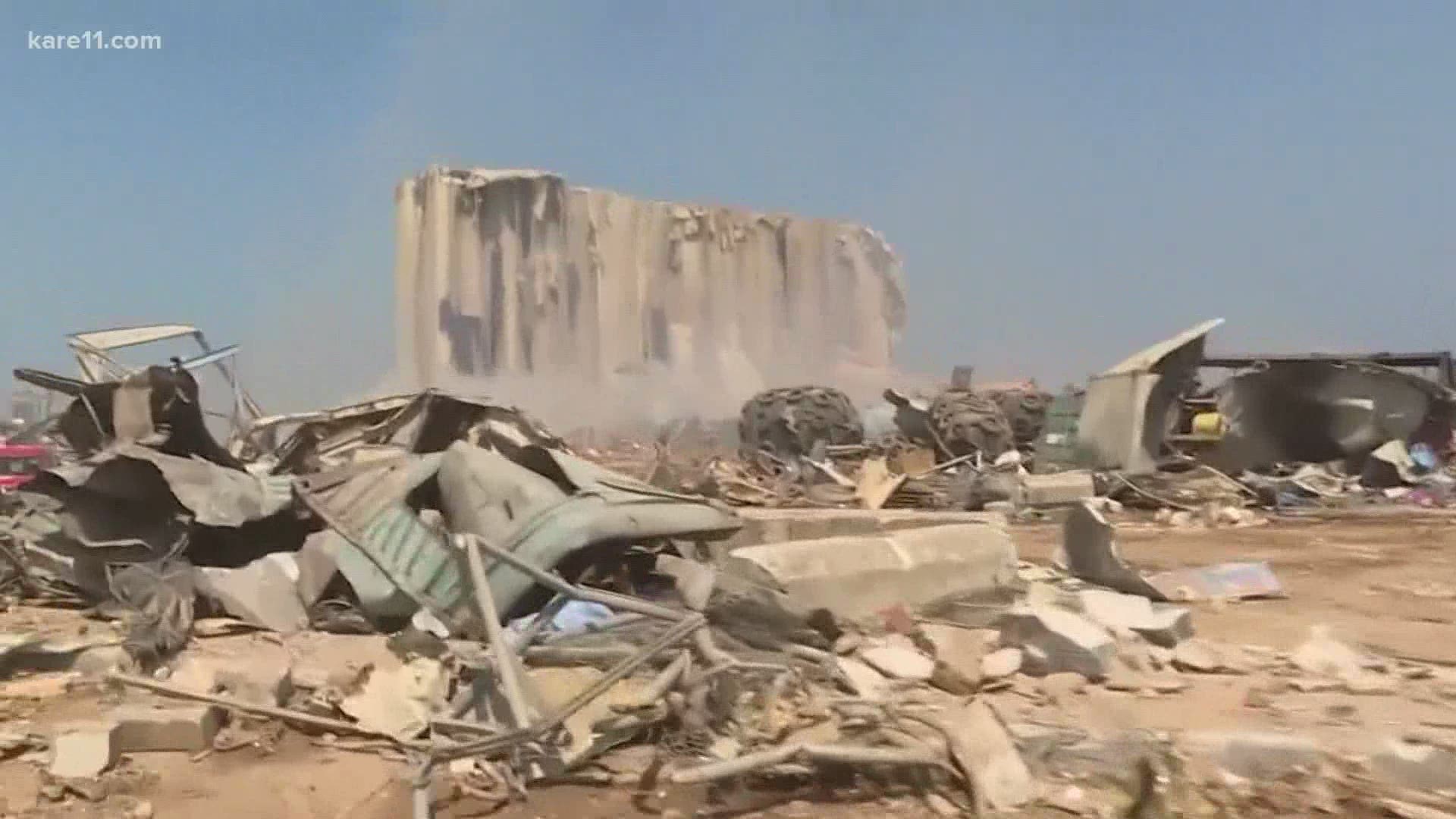 MINNESOTA, USA — The blast that was seen around the world shook many people to their very core, but it’s one thing to see a faraway land with so much destruction, it’s another when it’s home.

"I was vacuuming the floor and a sudden burst of sound and a boom and a gust shook the building,” Brent Hamoud says.

“You could feel it internally even. And then instantly it was just like, what happened, where did this happen?”

Hamoud and his family live in Beirut Lebanon, about seven miles from the site of the explosion.

“We felt it here, and villages and cities much farther away than we are felt it very strongly as well."

Hamoud has lived in Beirut for 13 years.

He works at a local research institute, but was born and raised in Minnesota.

His family owns a Lebanese deli in Minneapolis.

"Right now, the government figures are around 135 deaths, which in my assessment is incredible given the amount of destruction I have observed and seen," Hamoud says.

Besides the dead and the injured, Lebanese officials say more than 300,000 people are now homeless.

Tuesday night, Hamoud hosted a family from his church, because they had nowhere else to go.

So many of us have seen the #BeirutExplosion and heard the blast that shook #Lebanon but few people experienced it like Brent Hamoud did, a Minnesota native who now lives just miles from where the explosion happened. You'll hear from him tonight on #btn11 on @kare11 pic.twitter.com/f9fMJPA4VX

“They stayed with us here until they could find other accommodations,” Hamoud says.

"It’s hard for a lot of people and for the entire country. You have to realize that Lebanon is an import dependent nation. About 80% of our goods are imported and we've just lost our port."

Lebanese officials say the explosion was likely caused by 2,750 tons of ammonium nitrate, which is commonly used in agriculture as a fertilizer.

Officials say the stockpile had been sitting at the Port of Beirut unchecked and stored incorrectly for the last six years.

They believe it was ignited by a fire, but the cause of that fire is still unknown.

“There is extreme anger and rage towards the government for just allowing this to happen.”

Hamoud says Lebanon as a nation was already struggling long before the explosion, with regional conflicts and the pandemic, just to name a few of their problems.

He's hoping amidst all this tragedy, this explosion will become the rallying cry that brings everyone together.

RELATED: Lebanon to put some Beirut port officials under house arrest after explosion