Kyra Condie, a Shoreview native who will compete in the Tokyo Olympics, just received a rare honor from TIME. 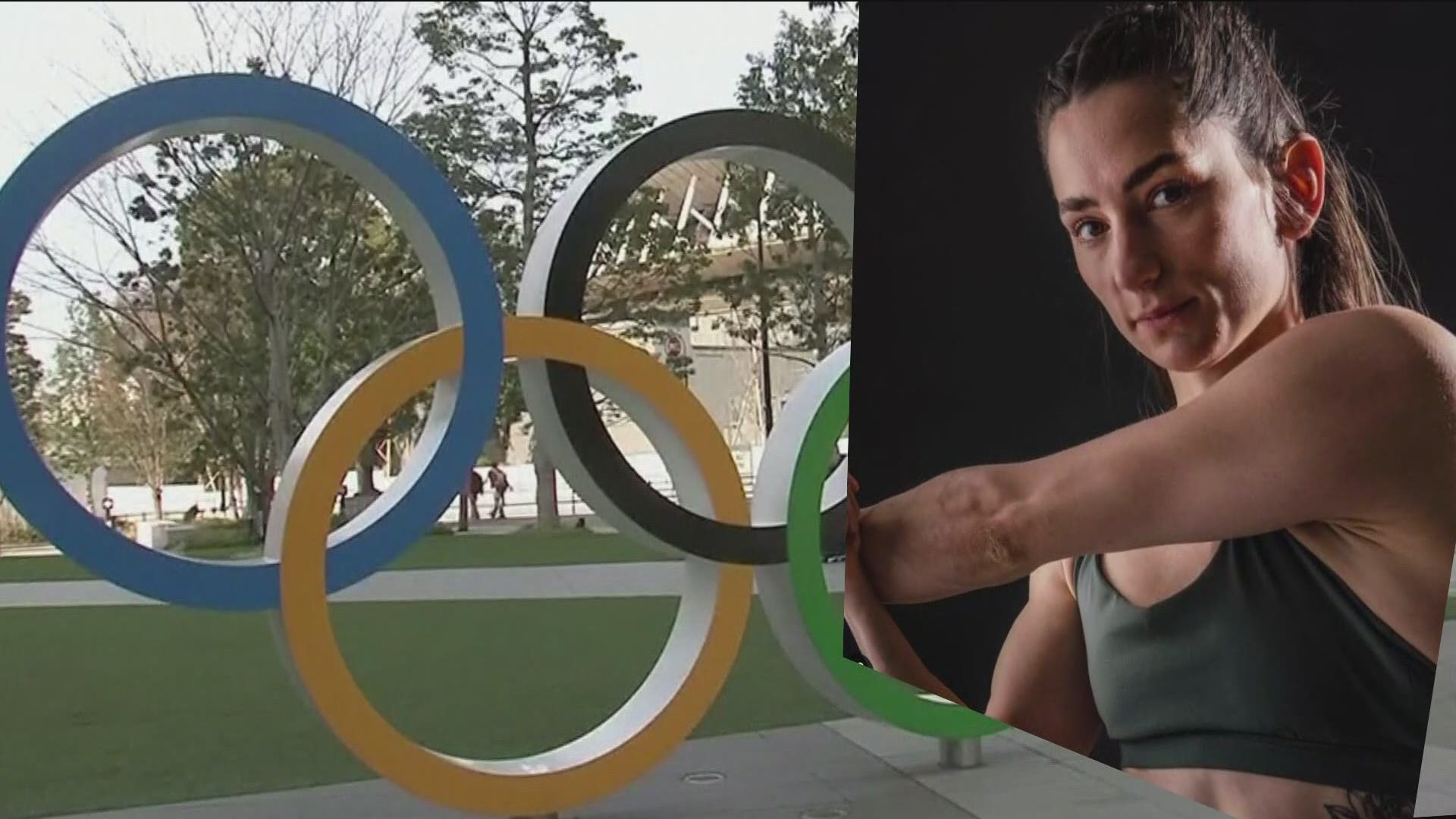 MINNEAPOLIS — The last time KARE 11 caught up with Kyra Condie, the Shoreview native was urgently training in Minnesota, just weeks after making the first ever U.S. Olympic Climbing Team.

Then the pandemic hit and everything stopped. At least for a little while.

Despite COVID-19 restrictions at most climbing facilities, Condie was eventually able to move to Salt Lake City, Utah, and train in a bubble with USA Climbing.

"I was just focusing on training," Condie said. "It's not too often that you have over a year to train for the Olympics. You know, usually you qualify and you go right away."

The extra time gave Condie a chance to hone her skills in all areas of competitive climbing, including bouldering, lead climbing and speed climbing.

"In the Olympics, we actually have to compete in all three disciplines, so in the same day you'll do a round of speed, a round of bouldering and a round of lead, and so you have to be really well rounded," she said.

She also used that time to use her new platform to show the world how well-rounded she is as a person and promote the sport of climbing for all.

"Something I'm definitely passionate about is getting as many people involved in climbing as possible," Condie said. "I think, for a long time there was a really big barrier to entry, and there still is, and so one of my hopes with the Olympics and the extra spotlight that climbing will be getting is that it will make it more accessible to everyone."

RELATED: 100 days until the Olympics, here's who to watch from Minnesota

For Condie, that spotlight is already on. Last week, TIME magazine added her to its 2021 list of Next Generation Leaders, recognizing her leadership and inclusivity work at a critical time for an emerging sport.

"I can't really believe it, honestly," she said. "TIME was kind of one of my dream platforms to be given and so to be able to have that opportunity to talk about, especially, inclusivity in climbing and sports is something that I was really grateful to have.

"When I was younger, I was told it wasn't cool to want to be strong or want to be athletic and things like that, and so I definitely want to show that that is cool and I know women belong in sports."

Condie is already inspiring many through her popular Instagram page, which showcases her skill and the fun she has climbing. She's also used her page to detail her own story of perseverance. In 2010, at the at of 13, she underwent an intense back surgery after a severe case of scoliosis threatened to end her climbing career.

"My main curve was 72 degrees by the time I had surgery," Condie said, in an Instagram video detailing the S curve that ran down her spine.

Though her surgery was successful, the medical process taught her the importance of speaking up as a young female athlete.

"The very first surgeon I went to told me climbing wasn't very important. One day, I would have a family and that sports wouldn't be that important to me," Condie said, during her interview with TIME. "That didn't sit well with me."

It's a good thing it didn't because now she's climbing for history and happy to be carrying a whole new generation with her.

"I just wouldn't feel fulfilled if I was just doing athletics," Condie said. "I love climbing and sports and things like that, but I really admire athletes who use the platform that they get to do more. The Olympics is an even bigger platform to do that."