On the biggest night in film, black hair was center stage. And so was the push to protect people who wear their natural hair. 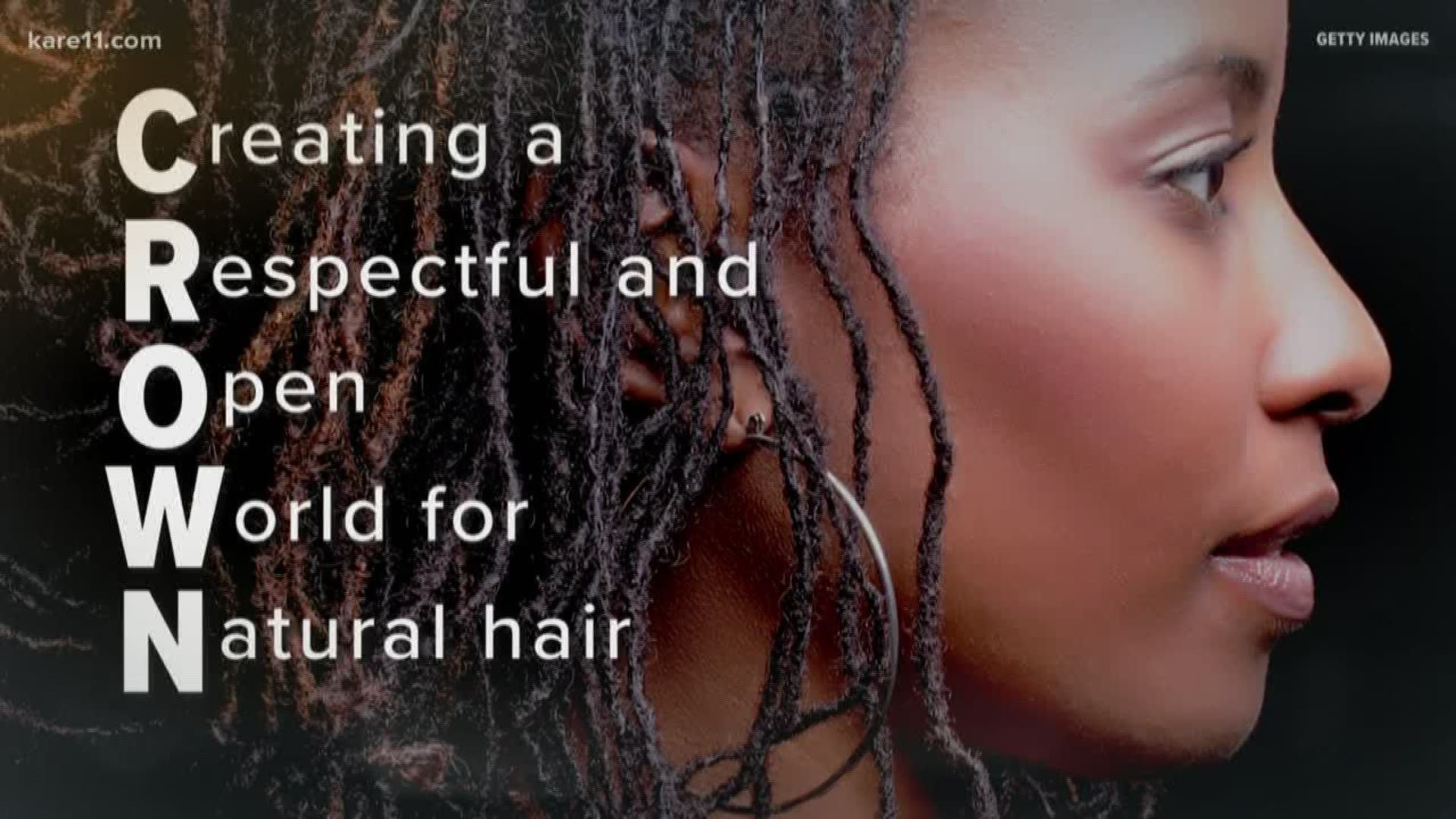 The short film highlighting a black dad who learns how to style his daughter's natural hair, 'Hair Love,' won an Oscar for best animated film.

And on the biggest night in film, black hair was center stage and so was the push to protect people who wear their natural hair.

"We wanted to normalize black hair. There is a very important issue out there, the CROWN ACT," Cherry said.

The CROWN ACT is short for Creating a Respectful and Open World for Natural Hair. It first became law in California. Other states followed including New York and New Jersey.

RELATED: 'Hair Love' director knew he was getting to Oscars years ago

And in Minnesota, State Representative Rena Moran (DFL) has introduced similar legislation. About 20 other states have introduced legislation which prohibits discrimination based on hair style and hair texture.

"The bill here is modeled after New York that passed and became law. It extends the definition of race to include hair styles and hair textures, including braids locks and twists," Moran said. "It will become a human right. Any violation will be a violation against human rights."

Texas lawmakers are working on their own version after a high school senior in that state was told to cut his dreadlocks if he wanted to walk during his graduation ceremony. That student, DeAndre Arnold, was Cherry's special guest at the Oscars. Cherry wants the CROWN Act passed  "in all 50 states."

Moran will share her own personal hair story during a committee hearing Thursday. For the first time, she is wearing braids during the legislative session which reconvenes Tuesday.

"I have worn braids before but I have not worn braids in session. Just so used to have been conforming to the Eurocentric norms," she said. "It may be difficult to see and believe that here in MN discrimination is real. I think often when you are not being seen as different or discriminated against because of your hair you do not know it is a problem."

She hopes to create a world where no man or woman has to think twice.

"With this bill it will make some of the invisible, visible," she said. "It will help the girl who ran home because someone has teased her because of her hair."