Minnesota woman's journey to graduation after 140 surgeries on brain 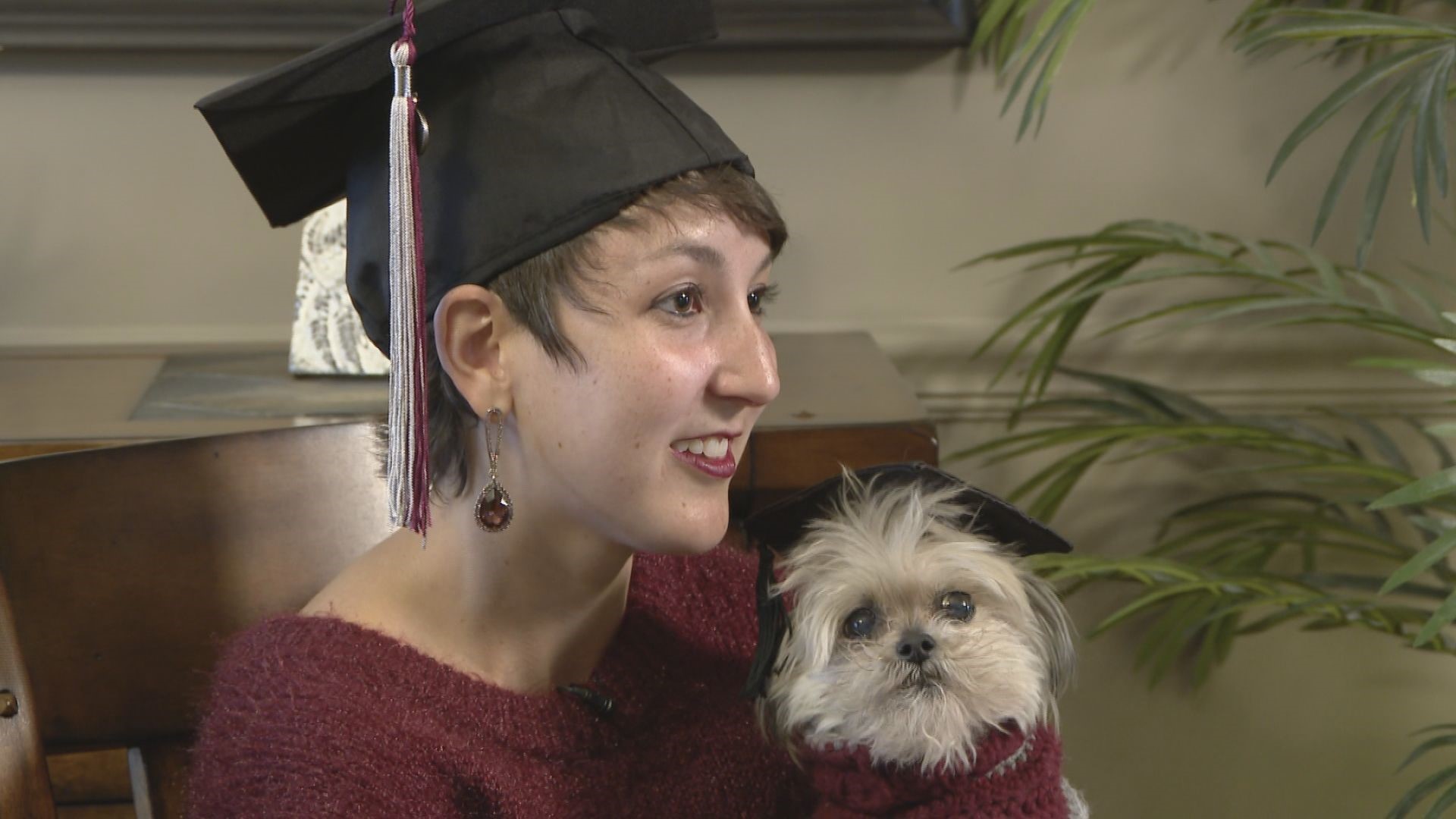 For the first time, Augsburg University is holding its Commencement ceremony off site. The graduating class of 2019 will walk across the stage at U.S Bank stadium.

It's a moment  that doctors didn't think one of those students would ever see.

That is why obtaining a bachelors degree has special meaning for Olivia Maccoux who is graduating with honors.

She is 23-years-old and has had more than 140 surgeries on her brain. She lives with hydrocephalus which causes  fluid to build on the brain.

Born three months premature, Maccoux said doctors didn't think she would live. And if she survived, they feared she would have a poor quality of life.

"About 140 brain surgeries. We lost count after that,” she said with a smile.

"Making lemonade. God has given me some lemons. This one of the happiest days I've been able to experience so far. I’ve been waiting for it my whole life. I didn’t know if it was possible and now it is a reality.”

She has also developed epilepsy, cerebral palsy, chiari malformation, and medical traumatic stress as complications of hydrocephalus.  Maccoux said  hydrocephalus and her  lived experiences have given her  a purpose to advocate and be a voice for those with invisible illness and disabilities.

“I want to use the things I have gone through to help those like myself. I am called to be an advocate,” she said.

She hopes to work in public health, awareness, fundraising, and sharing her story. In April, she helped raise awareness about the disease in Hollywood, CA with  Comedian Conan O'Brien. She said the event raised over $300,000 which all goes towards education, awareness, research, advancing treatments, looking for ways to prevent it, and finding a cure for hydrocephalus.

“I have been blessed with building an amazing network of doctors, scientists, families, self-advocates, and patients. I have been given many, many opportunities over the years to share my store and give hope, support and inspiration to others, particularly through the national Hydrocephalus Association,” she said.

Along with her family and friends, her neurosurgeon also attended the commencement ceremony.

“He is the reason I am where I am today and why I am able to graduate. I’ve been with him 18 years and he has done close to 100 surgeries on me,” she said. “He is like a second dad to me and means the world he is able and come and watch me walk.”