Jennifer Jones and her fiance, Robert Ronnenberg, were dubbed one of America's most deserving couples. But their wedding almost didn't happen. 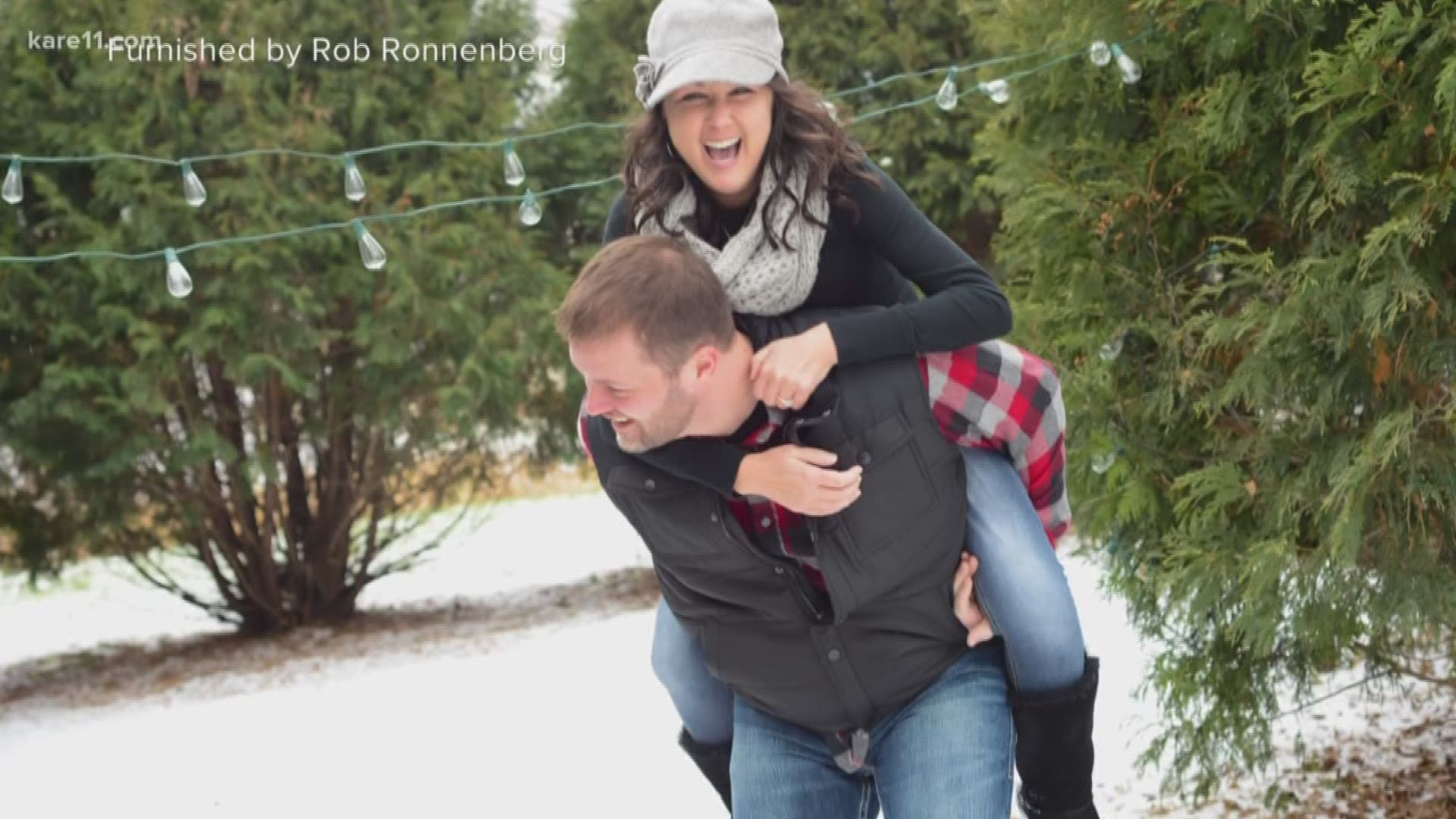 ST PAUL, Minn. — At the altar, couples vow to stick together during sickness and health. They also pledge for better or worse.

Sickness came before better for one Minnesota couple. And Tuesday, their wedding will be broadcast live across America as part of Lifetime's My Great Big Live wedding with David Tutera.

Jennifer Jones and her fiance, Robert Ronnenberg, were dubbed one of America's most deserving couples.

“Today, I am getting married, finally!” she said with a glam squad doing her hair and makeup. “I am marrying the man of dreams.”

But her wedding almost didn’t happen.

“It almost didn't happen because I needed a lung transplant and was on oxygen for a year. My lungs were declining rapidly. It was to the point I am either going to get a transplant or I wasn't going to make it,” she said as tears streamed down her cheeks.

Her fiancé, Ronnenberg, was by her side as they waited for a lung transplant.

“If the call didn't come in we wouldn’t have had much longer before we would've lost her. That is what makes today so special, just knowing how close we were to not have (the wedding),” he said. “We had to plan grocery trips based on how much oxygen was available.”

At 28, Jones was diagnosed with Cystic Fibrosis. In 2017, soon after she and Ronnenberg were engaged, her health started to decline. For months, machines kept Jones alive. The Byron Minnesota family feared Jones wouldn’t get a second chance. But then a call came that changed their lives forever.

“We are here today because of my donor Lacey. Her name is Lacey Renae and we share the same middle name, which is amazing,” she said.

Thanks to Lacey, Jones gets a second chance at life and love.

Jones said as she walks down the aisle she will have a picture on her bouquet  of her organ donor, Lacy.

This is the second marriage for Jones and her fiance. Both had children during their previous marriages. And the two met through their children.

Their story captured the attention of Lifetime's My Great Big Live Wedding. The show highlights couples whose stories redefine love.

The elements of the wedding are a mystery.

“That is what is so fun about it, it is exciting they get to do all the planning and make all of our dreams come true,” she said, adding she hasn’t seen her wedding gown. “I haven't seen it. I tried it on, but I was blindfolded so I have no idea what it looks like.”

You can watch the show at 9 p.m. today (Tuesday) on Lifetime.