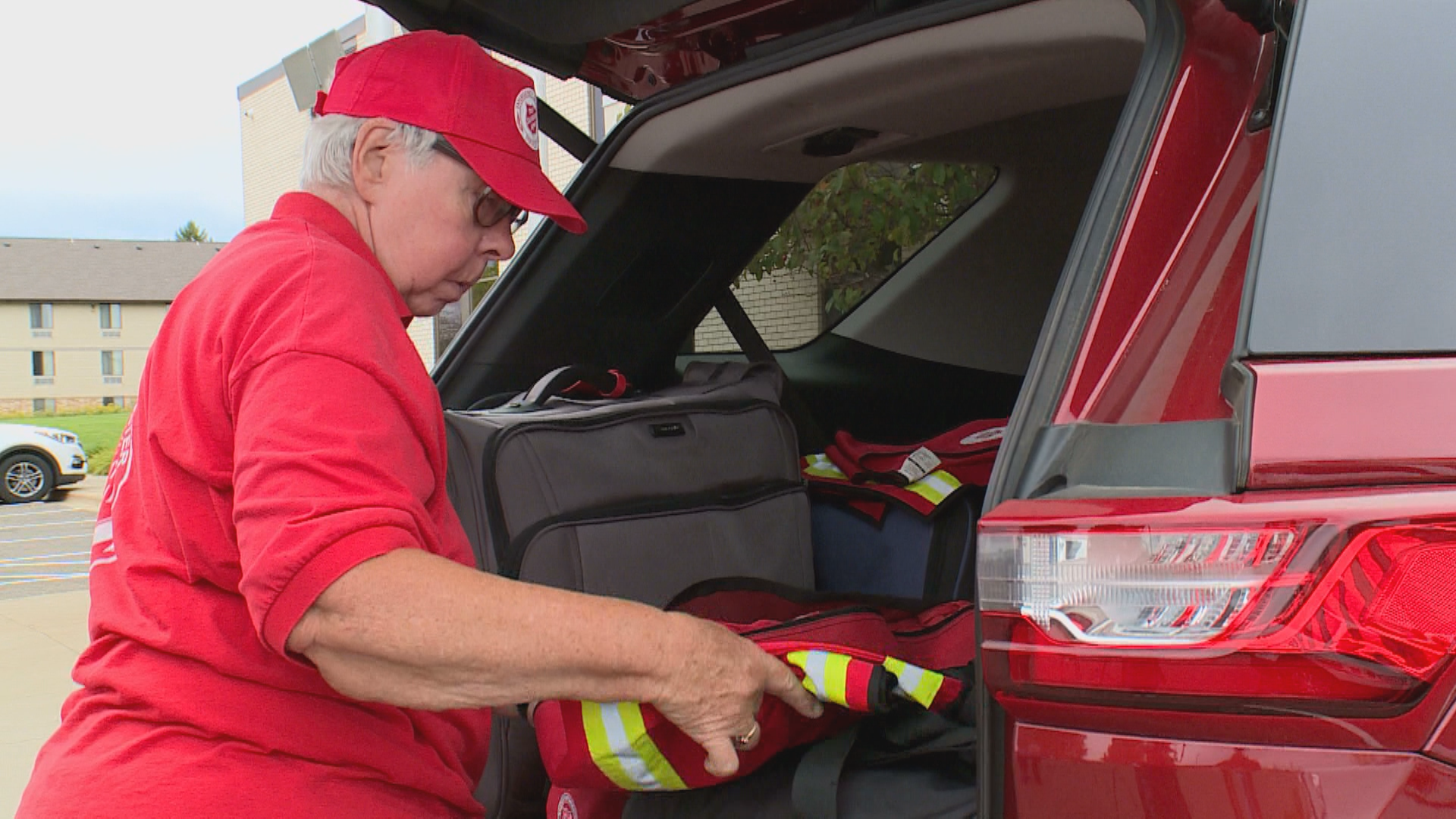 MINNEAPOLIS — It's been more than two weeks since Hurricane Ida made landfall in Louisiana.

More than 100,000 people in the state are still without power.

"No power... no clean water. So people are still struggling just to get by," said Nathan Moscho of Cold Spring, Minn. "They're talking a few more weeks yet before they get back to just power or air conditioning."

Moscho has been in Louisiana since Sept. 1 as a volunteer with the American Red Cross. He is one of four Minnesotans on the same team handing out supplies to communities in need.

"Today we went out to a community about an hour away; was our last run. We gave them water, MREs and they were requesting tarps because they're worried with Nicholas coming in. Lot of heavy rain in certain areas that we service," Moscho said. "It's not going to hit direct but they're talking flash flooding and people are worried about the rains currently."

Tropical Storm Nicholas is expected to hit Monday night into tomorrow. Forecasters are warning people that heavy rains could cause significant flooding in portions of the Texas Gulf Coast and southwestern Louisiana.

The American Red Cross Minnesota and Dakotas Region has deployed 57 relief workers for Hurricane Ida so far and they will most likely be sending more.

The team of four will be relieving other emergency workers by taking over a mobile feeding unit in Gonzales, La. — midway between New Orleans and Baton Rouge — for the next two weeks.

"It's kind of a girl power trip. All the rest of the women going with me have deployed multiple times so I'm the newbie. But all of us have trained to do this. I'm the only employee for the Salvation Army going, so I signed up for this. These other women are giving up their lives for two weeks," said Rebecca Snapp, director of community engagement for the Salvation Army in Rochester.

While this is Snapp's first deployment, it's Susan Marsh's second one. Her first was after Hurricane Harvey.

"People are amazing in crisis that they rise to a better self even though they're having the worst day of their life or maybe the worst time. They've been wiped out by everything and yet they come together as a community. They're thankful for us to be there," Marsh said.

While the Salvation Army team is just arriving, Moscho is wrapping up his two-week deployment. He's scheduled to leave Wednesday.

"You get towards the end, it's kind of bittersweet. You're leaving your new friends and family here," Moscho said. "There's a job that needs to be done. There's definitely a great need here yet."

22 Minnesota firefighters from nine different departments are also in Louisiana to help give firefighters there a break. They arrived at their base camp on Thursday.

There are many organizations helping out with relief efforts including: The Salvation Army, The American Red Cross, Rebuilding Together New Orleans, World Central Kitchen, United Way of Southeast Louisiana, The Greater New Orleans Foundation, GoFundMe, Project Hope and more.