"I was really surprised that somehow the Governor got my cell phone number," said Nicole Smith-Holt, with a laugh. 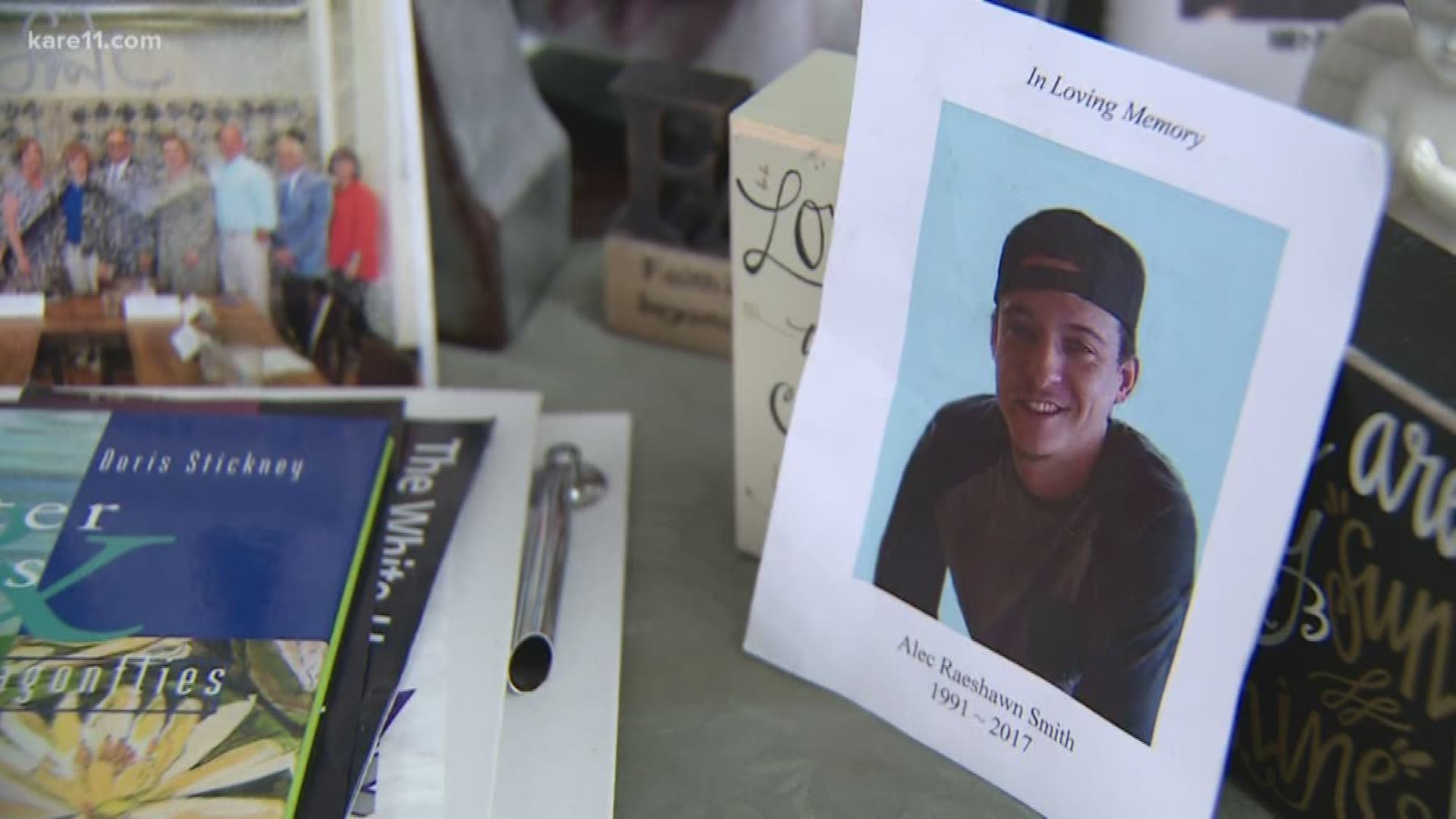 GOLDEN VALLEY, Minn. — Minnesota Governor Tim Walz says he's considering a couple of options to address an emergency insulin bill that will help Minnesota Type I diabetics who find themselves unable to afford their life-saving medication.

Walz says he is exploring an executive order to address the issue or the possibility of calling a special session, but first he made a call to the local mother who is the driving force behind the bill.

"I was really surprised that somehow the Governor got my cell phone number," said Nicole Smith-Holt, with a laugh.

Smith-Holt is being modest. In less than two years, she's become a leading advocate for affordable insulin across the country. Her son, Alec Smith, died at 26 while rationing the insulin he needed to treat his Type I diabetes.

After Alec's death, Smith-Holt learned that he had struggled to afford insurance after aging out of her family plan. Because he worked, he wasn't poor enough to qualify for special insulin-assistance programs, so he tried to ration his $1,300 monthly supply.

"When the medical examiner came, he checked for insulin pens and everything was empty," Smith-Holt said.

The Alec Smith Emergency Insulin Act is her answer to that tragic discovery. Smith-Holt helped inspire legislation that would provide up to a three month supply of free or low-cost insulin for Type I diabetics who are in similar circumstances. The money for the program would come from a fee charged to pharmaceutical companies who sell insulin, and would help those who struggle to pay but don't qualify for the current low-income programs.

"We're doing this in memory of Alec and we're doing this to save the lives of Minnesotans who are struggling to afford the increasing, astronomical price of insulin," Smith-Holt said. "Ultimately, our goal is to lower the price of insulin, to make it affordable for every Type I diabetic, but for right now, these are the baby steps that we have to take to get there."

But the effort took a big step back last month, when it was suddenly dropped during a special session, despite having overwhelming, bi-partisan support in the legislature.

Now, Governor Walz is promising not to let it go. He called Smith-Holt on Monday, inviting her to a round table discussion about emergency insulin on Wednesday morning at the Capitol.

"We're going to just lay it all out on the line," Smith-Holt said. "We're going to talk about the risk that every Type I in Minnesota is facing, with not being able to afford their insulin how dangerous it is to even miss a dosage, let a lone a day. Because a diabetic can actually die in 24 hours from not having their insulin."

Though it's unclear how the Governor will attempt to address the bill, Smith-Holt says she is hopeful.

"The impression that I got is that he is willing to do whatever he needs to do to make sure that the Alec Smith Emergency Insulin Act, comes to light," she said. "He's worried that, by not having a plan in place, that people in Minnesota are in jeopardy of losing their lives."

Though she has been told similar things by legislators in the past, Smith-Holt refuses to give up.

The Governor's round table discussion begins at 10:00 a.m. at the Capitol. Stay with KARE11 News for full coverage.