They're actually called Asian Giant Hornets and the invasive species has been found in Washington state. 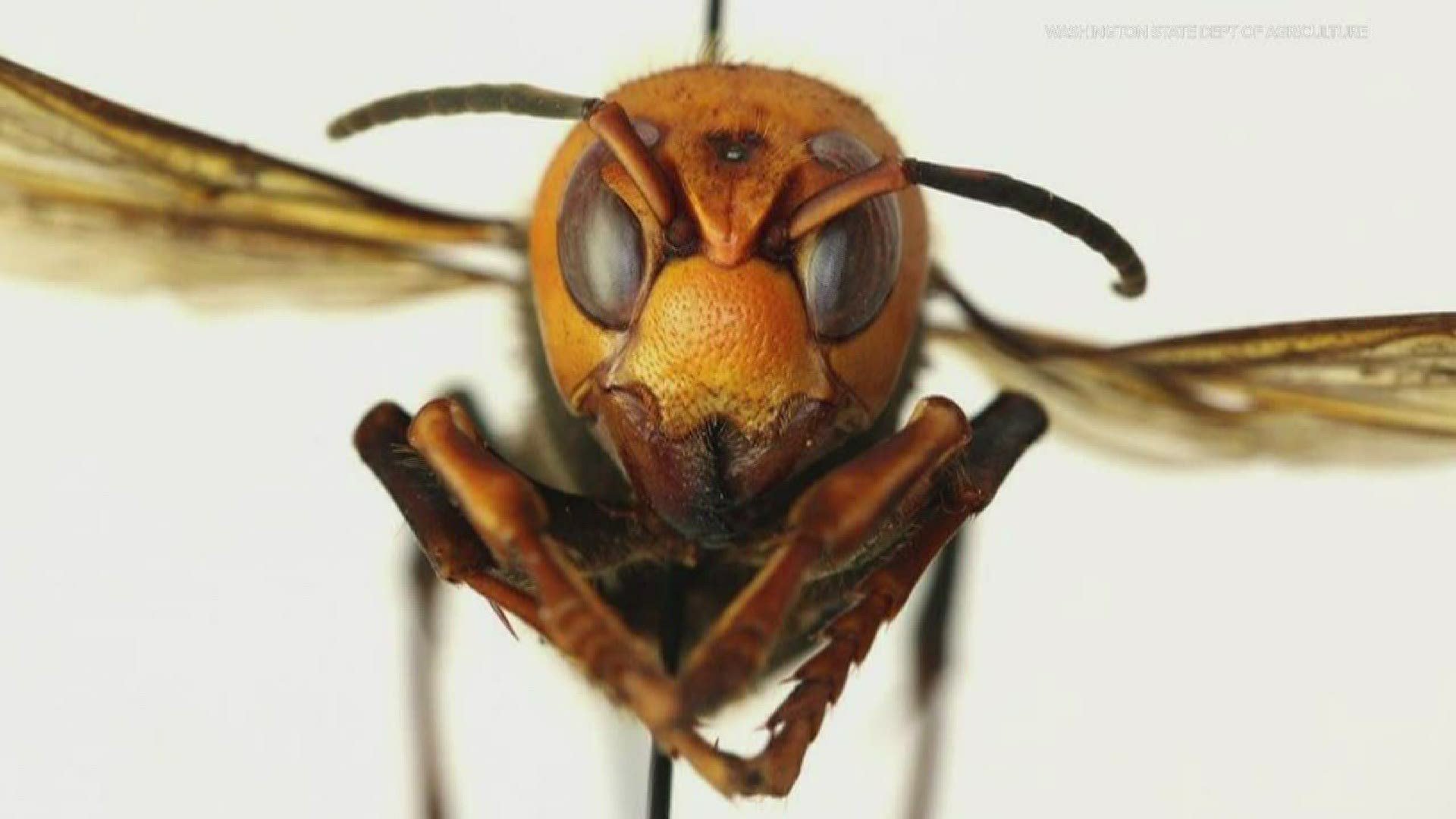 The year 2020 has decided that the global pandemic wasn't enough to fill our plates, so it threw our way, 'Murder Hornets.'

Over the weekend, these so-called 'Murder Hornets' took the internet by storm. News made rounds that the invasive species was found in Washington State and people feared the outcome of its arrival.

However, the Murder Hornet timeline isn't one that belongs to 2020. It actually started in December of 2019. The 'Murder Hornet's' real name is the Asian Giant Hornet.

"In December, through Reddit, and through Washington Invasive Species Council, we learned that a homeowner had walked out of their door in Blaine, Washington and found an enormous insect that they had never seen before," Dr. Chris Looney said. Looney is an entomologist with the Washington State Department of Agriculture.

That enormous insect turned out to the the Asian Giant Hornet. It's known for killing honey bees by decapitating them and feeding bees' midsection (or thorax) to their young for protein.

"Asian Giant Hornet is the boring [name] we're adopting in America," Looney said. "It shows that it's from Asia and it's really, really big."

In fact, it's the biggest hornet species in the world. A video from National Geographic said they were "about as big as a matchbox."

RELATED: 'Murder hornets' are showing up in the U.S.

"Who knows where the 'murder hornet' name comes from," Looney said. He guessed that it might have just been a casual name Japanese researchers were using in the lab to refer to the hornets. "They certainly do kill all these bees-- they're well known for that. Something they do at the end of their colony cycle when they are ramping up production of queens and males. They need that protein source and bees are in a box, they're easy to get."

Looney added that the hornets also do kill people.

"They say 40 to 50 people a year die in countries that are known to have the species," he said.

Ever since Dr. Looney and his team heard about two cases within his state, they've been busy setting traps, trying to figure out more. Right now, not much is known, including how they got to the U.S.

He said like many discoveries, this one came from the public as well. He also said they rely on the public for its help as well. There's even a Facebook group organized by the state's Department of Agriculture.

"We've done extensive outreach to the public to help us by hanging their own hornet traps, to call us if they have a hornet sighting," he said. "So far we've had 200--well it's gone up a lot over the weekend-- before the weekend it was 200 submitted. None of them have been the species so far, but it will be an important way to have eyes more on the ground."

RELATED: Grow with KARE: How to help local bee populations

So by this point, you're probably wondering-- will it ever make it to Minnesota?

University of Minnesota Extension Entomologist Jeff Hahn said that's "probably not very likely." He said the hornets don't prefer plains like the kind in the Midwest and that our winters are probably too cold for them.

"I suspect Minnesota is much too cold so even against the worst of luck, if some actually got brought here, they might survive that Summer but then surviving to the next Spring is probably not going to happen," Hahn said.

Both entomologists agree that the biggest species under threat from the Asian Giant Hornet is the honey bee.

"As they establish in larger numbers, they could do potentially more damage to that industry," Hahn said.

RELATED: Facts Not Fear: No, the COVID-19 coronavirus is not transmitted by mosquitoes