The Council on American-Islamic Relations is calling on Target to fire the employee who was working as a barista at the Starbucks within the store. 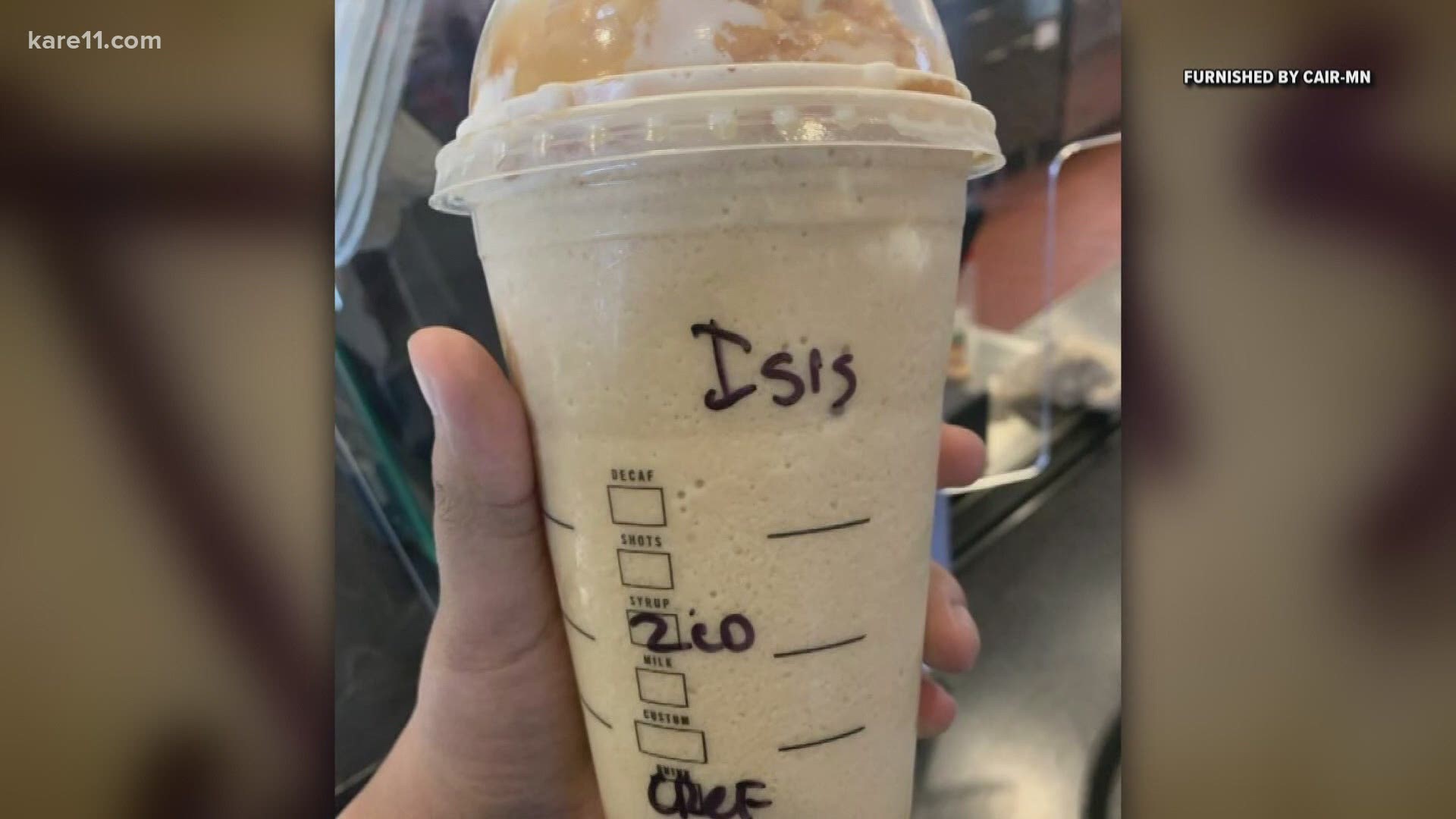 MINNEAPOLIS — As George Floyd's daughter Gianna said, her "daddy changed the world." After Floyd's death, the world has been making room for important conversations about race that need to happen.

However, within that space, racist incidents keep happening. Just on Sunday, police in Martinez, California announced they are looking for two individuals who were caught on video defacing a freshly painted Black Lives Matter mural.

Three days prior, a Michigan couple was charged with assault after videos surfaced showing a white woman pointing a gun at a Black woman outside of a Chipotle restaurant.

Then over the weekend, a new Snapchat video came to light. It shows Jimmy John's employees creating a noose out of bread dough, all while laughing.

Jimmy John's was quick to reply with a statement:

"We have zero tolerance for racism or discrimination in any form. The franchisee has taken immediate action and the employees have been terminated. The actions seen in this video are completely unacceptable and do not represent the Jimmy John’s brand."

On Monday morning, another photo came to light, this time from Minnesota. The image that circulated social media showed a coffee drink, with the word "Isis" written on it.

"A barista at Starbucks wrote a hurtful and derogatory term on my drink," Aishah said. Aishah spoke at a news conference led by the Minnesota branch of the Council on American-Islamic Relations on Monday morning. "The word that was written on the drink is a word that shatters the Muslim reputation all around the world."

Aishah, whose last name was not shared for the sake of her safety, said that the Target employee who was working as a Starbucks barista on July 1 asked her for her name for her drink. When Aishah told said her name, the barista did not ask for a spelling clarification.

"When I first received the drink, I was in shock that in this day and age, something like this could be written," Aishah said. "I was hoping the manager who came would be able to see the Islamophobic nature of the incident but instead she sided with the barista."

"When we talk about this word ISIS and the weight that it has in the Muslim community, unfortunately with Islamophobia--the number one thing discriminatory identified is 'terrorist,'" CAIR-MN's executive director Jaylani Hussein said. "And the fact of the matter here is that using this word for us would be the same as--as a Black man today, being used the N-word, or anything else that would be offensive."

The Council called on the firing of the Target employee at the St. Paul Midway location. In response, Target released this statement:

"At Target, we want everyone who shops with us to feel welcomed, valued and respected and we strictly prohibit discrimination and harassment in any form. We are very sorry for this guest’s experience at our store and immediately apologized to her when she made our store leaders aware of the situation. We have investigated the matter and believe that it was not a deliberate act but an unfortunate mistake that could have been avoided with a simple clarification. We’re taking appropriate actions with the team member, including additional training, to ensure this does not occur again."

Hussein said that Aishah had not received an apology but rather a new drink and a $25 gift card that was passed on to her through a friend who was also there during the incident on July 1st.

"We now may ask for an outside investigation because Target's investigation has concluded that the barista had made a mistake and that she had never heard of ISIS," Hussein said. "Which for us is extremely problematic and shows the lack of care and understanding and how deeply hurtful this is to the Muslim community."

"Justice would be for something like this to never happen again and for companies to take accountability of what happened," Aishah said. "For them here and so fourth to actually put word into action that they are going to change the way that their sites are."

Hussein explained that he is not quite announcing a boycott of Target/Starbucks but said he and his team are considering all options including legal ones as well as ones that call for action, like protesting.