Someone has been replacing newspapers in Star Tribune newspaper boxes and replacing them with historical editions. 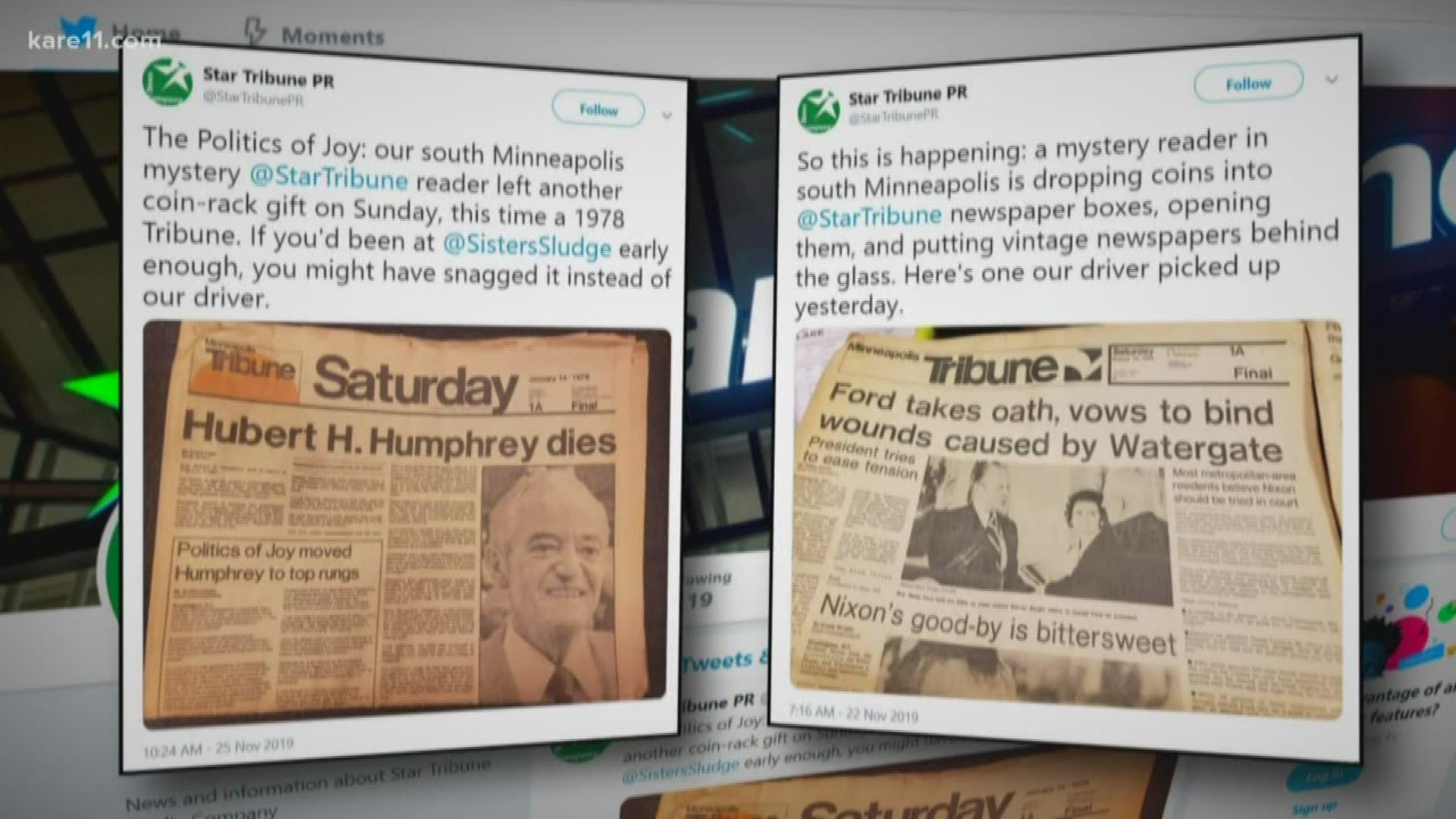 MINNEAPOLIS — For the last couple of weeks, a mystery has fallen on South Minneapolis.

Someone has been going to Star Tribune newspaper boxes, inserted the required number of quarters, and instead of just buying the paper of the day, has replaced the display paper with an edition from decades past.

It’s happened six times, and each headline, would make anyone look twice.

Papers from Nixon’s resignation, Kennedy’s assassination and the Moonwalk were on display to name a few.

Jana was curious as to who was behind this curious caper and someone came forward.

They had a chat today – she and the person who claims to be behind it all.