New bill might get rid of so-called 'whiskey' plates

Senator Ron Latz proposed a bill that would get rid of the impoundment-plate requirement. He says the plates no longer serve a public safety function. 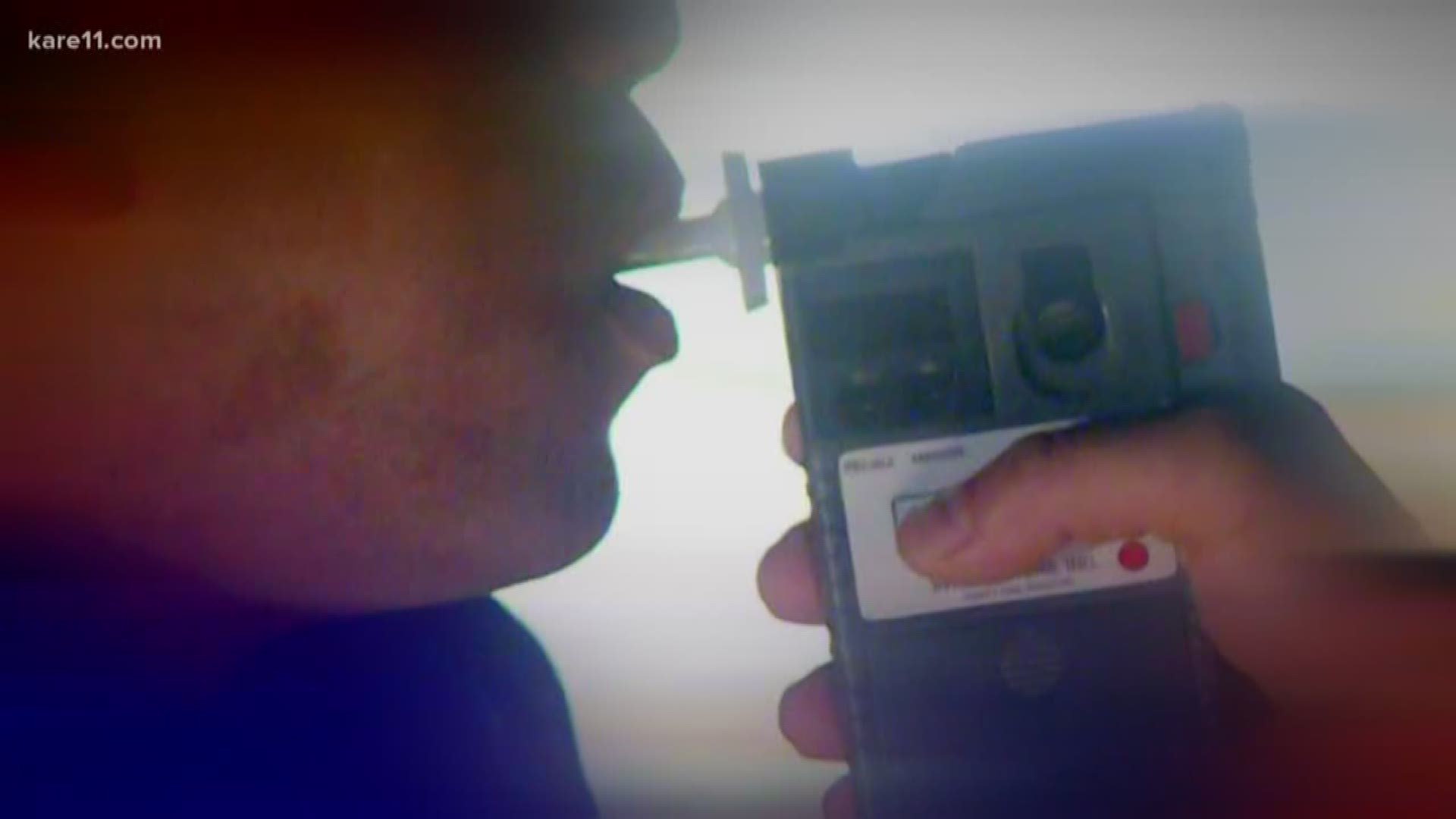 ST PAUL, Minn. — See them once, and you might start seeing them everywhere. Occasionally, you might run into a car that bears the black and white license plates that always begin with the letter "W."

"Anything that begins with a W is the specialty registration plate, which is why we call them 'whiskey' plates," Nick Leverson said.

Leverson is a criminal defense attorney with a DWI focus. He and his law partner Steve Budke run Leverson Budke, and they frequently work with clients who end up with the so-called "whiskey" plates.

Generally, if drivers get two DWIs within 10 years or multiple DWIs over any length of time, they will be ordered to get "whiskey" plates. First time offenders can also get them if their blood alcohol content at the time of arrest is over 0.16 or if there is a child under the age of 16 in the vehicle at the time of a DWI arrest.

A few years ago, Leverson and his law partner welcomed a client named Bobby, who came seeking their help after a DWI.

Back then, Bobby said he was able to walk away with a high fine and a 30-day suspension of his driving privileges, but no whiskey plates. The plates entered his life after his second DWI in 2017, when he blew a 0.22 after bar-hopping.

"I knew I wasn't in the right," he said. "I knew I shouldn't have been driving. I was drinking all day long but we just make bad decisions sometimes."

Bobby said he was court-ordered after that to change his license plates and install an ignition interlock device. The device requires the driver to do a breath-test to measure blood alcohol content. Anytime that test registers above a 0.02, the engine won't start in the car.

Bobby also explained that the interlock device also frequently retests during the drive. That means drivers will have 10 minutes or so to pull over, and find a safe place to redo the breath test. Some models of the device also have cameras installed to make sure the driver is the one blowing into the device.

Ignition interlock devices are expensive but they make sure no one drives drunk. Bobby said after having his wife drive him to work for several months, he decided to bite the bullet and invest in an interlock device. Despite the cost, he said his main concern was actually the whiskey plates that he had to have for 15 months.

We asked Bobby to explain the stigma that's attached to the plates that start with a W. He said he still thinks "there's a drunk," every time he sees one on the road, even after his own experience with them.

"It's all you can think about when you see the white plates," he said.

Senator Ron Latz (D) District 46, said he introduced a bill to get rid of these whiskey plates, because he said they don't serve a public safety function anymore.

"The original thought was that if you give them whiskey plates, law enforcement would recognize them on the road with a DWI history," Latz said. However, he said the state's Supreme Court ruling in 2003 changed that for good, when it said it was unconstitutional for officers to pull over drivers solely because they had whiskey plates. Driving a car with whiskey plates itself is not a violation of any law.

"We haven't seen any evidence that (the plates) protect the safety of the public in any way since then," Latz went on. "So no, it doesn't really serve any purpose other than be that scarlet letter."

Latz said he's hopeful that the bill will pass, along with other legislation he has proposed to streamline the license reinstatement process for those with a DWI history. He currently has another bill that would exempt DWI offenders from having to take specified parts of the re-examination as a condition of reinstatement.

As for Bobby, he said he's hoping Latz's bill makes it through, too, because he said people who make mistakes deserve to pay their dues with dignity.

"It's a crime, you should be punished," he reiterated. "But you shouldn't be put on a stage in front of everyone in order to be mocked, humiliated. No other crime gets that."

We have reached out to the Minnesota's chapter of Mothers Against Drunk Driving for comment about the bill, as well.

RELATED: Report: Uptick in MN impaired driving partly due to drug use