While many senior living communities are requiring shots ahead of a federal mandate, at least one appears to be bucking the trend. 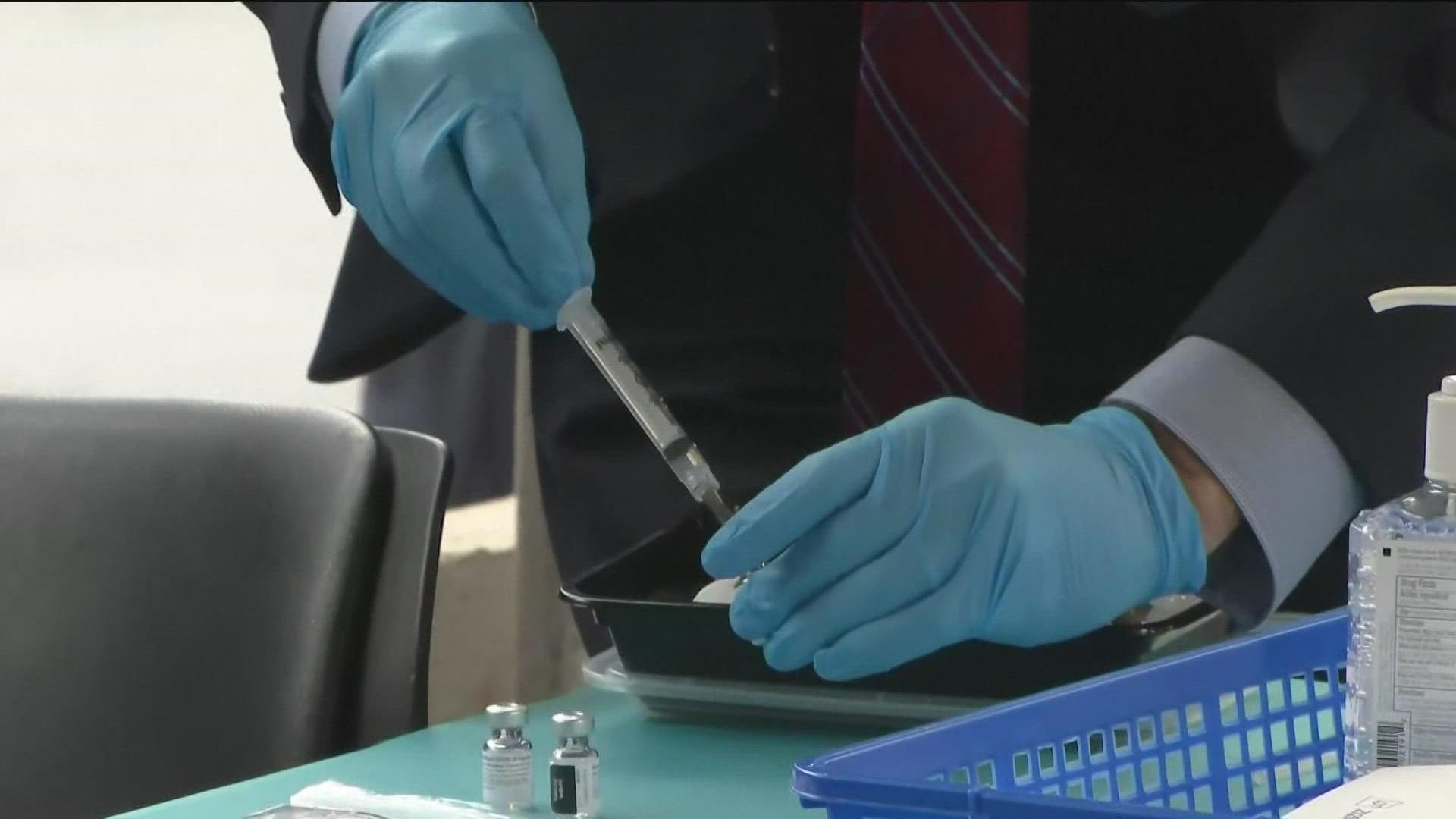 MAPLEWOOD, Minn. — A local nurse who was recently looking through job postings in Minnesota, contacted KARE 11 after seeing something that concerned her.

Carefree Cottages of Maplewood, which offers independent and assisted living for seniors, had posted openings for several jobs, but there was something else prominently displayed next to the job title: no vaccine requirement.

KARE 11 verified the posting over the weekend, and verified that Carefree Cottages also listed "No Vaccine Requirement" as a benefit of the job.

Weeks ago, President Joe Biden announced that a federal vaccine mandate was coming for long-term care providers who accept federal money, such as Medicare and Medicaid.

KARE 11 reached out to Carefree Cottages to learn more about its job posting. Despite multiple attempts, the company did not respond, although it did change its job postings by Monday. The new job postings removed the "No Vaccine Requirement" from the job title, and changed the language referencing it under "benefits," writing, "Vaccines are supported, however vaccines are not mandated in the assisted living setting."

Patti Cullen, president of Care Providers of Minnesota, said she hadn't seen a job posting like it before, but she wasn't exactly surprised by it.

"It isn't a shock that someone would use that as a recruitment tool," Cullen said. "I do know that this is an issue, that the forthcoming vaccine mandates is scaring some people and we have such a severe workforce shortage that it doesn't surprise me."

"First of all, we don't know what the federal mandate is going to say," Cullen said. "We are assuming it's going to be tied to anyone who receives Medicare and Medicaid payments, and that there will be some pretty strict regulations and enforcement requirements, but only time will tell."

Cullen says getting to full vaccination status won't be easy because of the nursing shortage and, according to the CDC, only 69 percent of Minnesota nursing home staff members are fully vaccinated.

Kent Erdahl: "Is this just how hard it is to hire right now? That someone would use it as a recruitment tool?"

Cullen: "Absolutely. We have tens of thousands of open positions right now, we have such a huge competition in the market, even if we're offering big, big, big increases. It's really hard these days to find people."

But that doesn't mean employers who have embraced mandates have fared worse. At the Good Samaritan Society in New Hope, 94 percent of the staff is now fully vaccinated.

"And I just got word today that I have another fully vaccinated staff member today, so that will move us up to 95 percent," said nursing director Kim Stoltzman.

An outbreak at the New Hope facility last year deeply impacted the staff and residents, and Stoltzman says that helped lead to a culture that embraced the shot.

"We saw COVID at its worst last November, and we just don't want to go there again," she said. "So knowing that these shots have been effective, we've been able to get people to want to buy into it and get them done."

Good Samaritan Society was among the first providers to announce a mandate. Nate Schema, vice president of operations, says they expect to lose 2 to 3 percent of staff nationwide by the time the mandate is fully implemented, but he says it hasn't seemed to negatively impact hiring.

"I think it's actually quite the opposite for us," Schema said. "We've actually seen some people come our direction. We've seen prospective employees call us up and say, 'Hey, I want to come and work for you.'"

Of course it's not just about the employees, if you or a loved one lives in long-term care, Cullen says it's always a good idea to ask about vaccines.

"I think that should be the first question," she said. "I mean, if I were placing a loved one in a facility, the first question I would ask is, what is your percentage of staff that are vaccinated and what's your policy on vaccines."