Three girls from North High are diving head-first into the world of tech - and now they're headed to Silicon Valley to meet with Facebook. 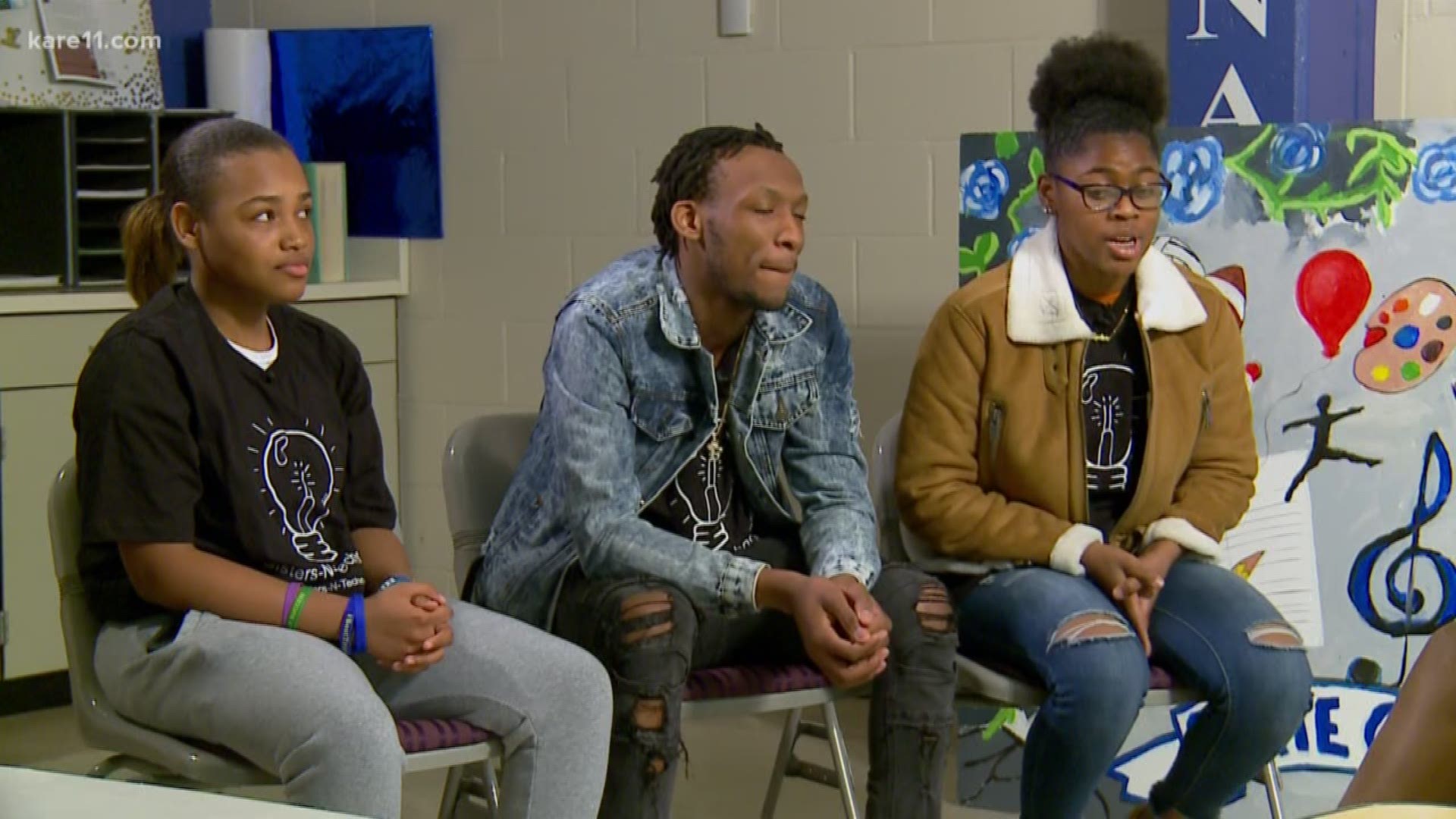 MINNEAPOLIS — Some high school students in north Minneapolis are preparing to meet with the largest social media site around.

These three students have hopes of creating tech to improve lives.

"I never heard of Java Script or Python. I thought Python was a snake," said Toyanna Anderson.

And they are boldly going into a field that is currently pretty male-dominated.

"We are going to change what people think about us," said Taylor Tidwell-Bennett.

Anderson wants to be a biotechnical engineer or a doctor. Her peers praise her ability to code.

They are students at North High in Minneapolis. All members of a group called SIT, or Sisters in Technology.

And thanks to some generous hearts, doors of opportunity are opening.

Next week, they will interview for potential internships with Facebook.

"I am really excited for that," said Anderson.

These girls know they're breaking barriers.

"We are breaking walls," said Tidwell-Bennett. "We are knocking them down, we are doing everything. For us, our group, we are tired of people thinking that, 'Oh, it is an inner city school.'"

"People tend to undermine us," she continued. "Like we are not strong enough to do it. All the other men do. ... They don't think that we know the background of having tech or knowing how to code and build something."

SIT is the only after-school program in Minneapolis Public Schools focusing on coding and STEM, according to its website. Despite the name – there is one boy.

Thomas Waltower created the program. And he continues to show up in a big way.

"I can't put a price tag on the money that I have spent over the last three years," he said. "It cost me a lot, but the money is nothing if they are successful."

An investment of promise and hope.

"Get those connections," he told the girls. "You guys got an opportunity a lot of students don't have. Take advantage of it and get a job of out this."

Waltower said he got his first job off of a business card from someone at General Mills. He was just out of high school.

He created this group because he has daughters at home, and he wants them to learn to produce technology - not just use it.