Using the term with intent to demean, humiliate or offend a person constitutes discrimination under the NYC Human Rights Law. 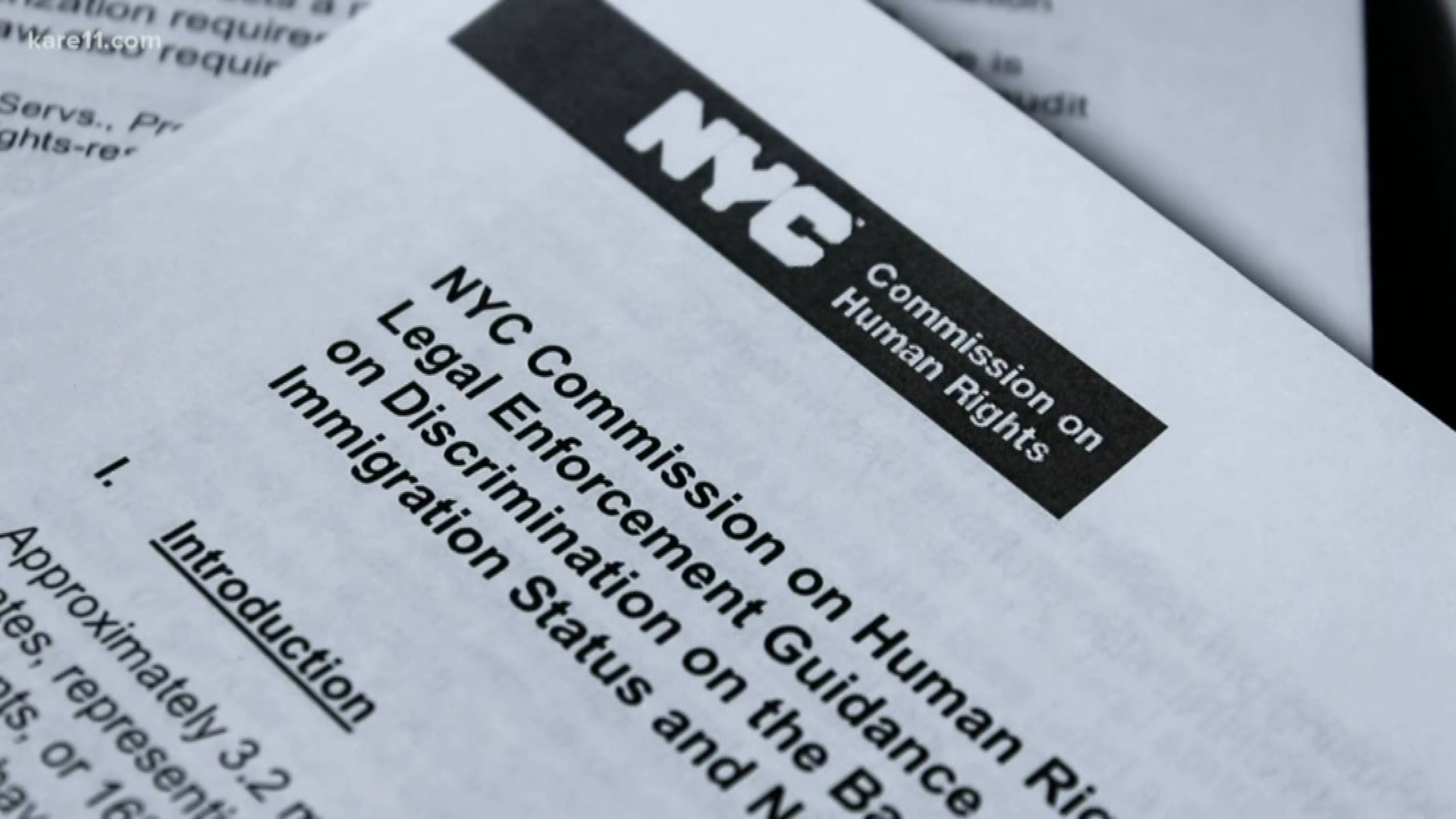 MINNEAPOLIS — In a new guidance from the New York City commission on human rights, it is now a punishable offense to use the terms "illegal alien" or "illegals" with the intention to demean, humiliate or harass a person.

The nearly 30 page legal enforcement guidance states, "'alien' used in many laws to refer to a non-citizen person, is a term that may carry negative connotations and dehumanize immigrants."

"There's a problem here on two scores," Constitutional expert David Schultz said, when asked how enforceable the law would be. "First Amendment point of view is that is it free speech for average people to use the words like 'illegal' or 'illegal alien?' yes. Whether or not that's appropriate or good terms to use, that's a matter of debate here. Clearly speech like that is protected under the First Amendment."

The focus of the document is really on the intent behind the words. Discriminating against people on the basis of immigration and nationality have been illegal in NYC for decades but the new information added shows examples of what might be a violation.

However, Schultz asked an interesting question.

On page 22 of the document, they give examples. A bus driver voluntarily identifying to federal immigration authorities, passengers he believes are foreigners and asking the agent to "go ahead, round up the illegals," is a violation of the law. So is telling a customer to speak English and "go back to your country."

We asked Schultz if he was worried about a slippery slope.

"Yeah it does, because what if today-- it's illegal alien, tomorrow it is-- I don't know, someone takes offense to Italian American or Hmong American or fill in the blank," he said. "At what point does this become a problem?"