Penny was beloved, but both the DNR and Bloomington Police received a growing number of complaints about the tom. 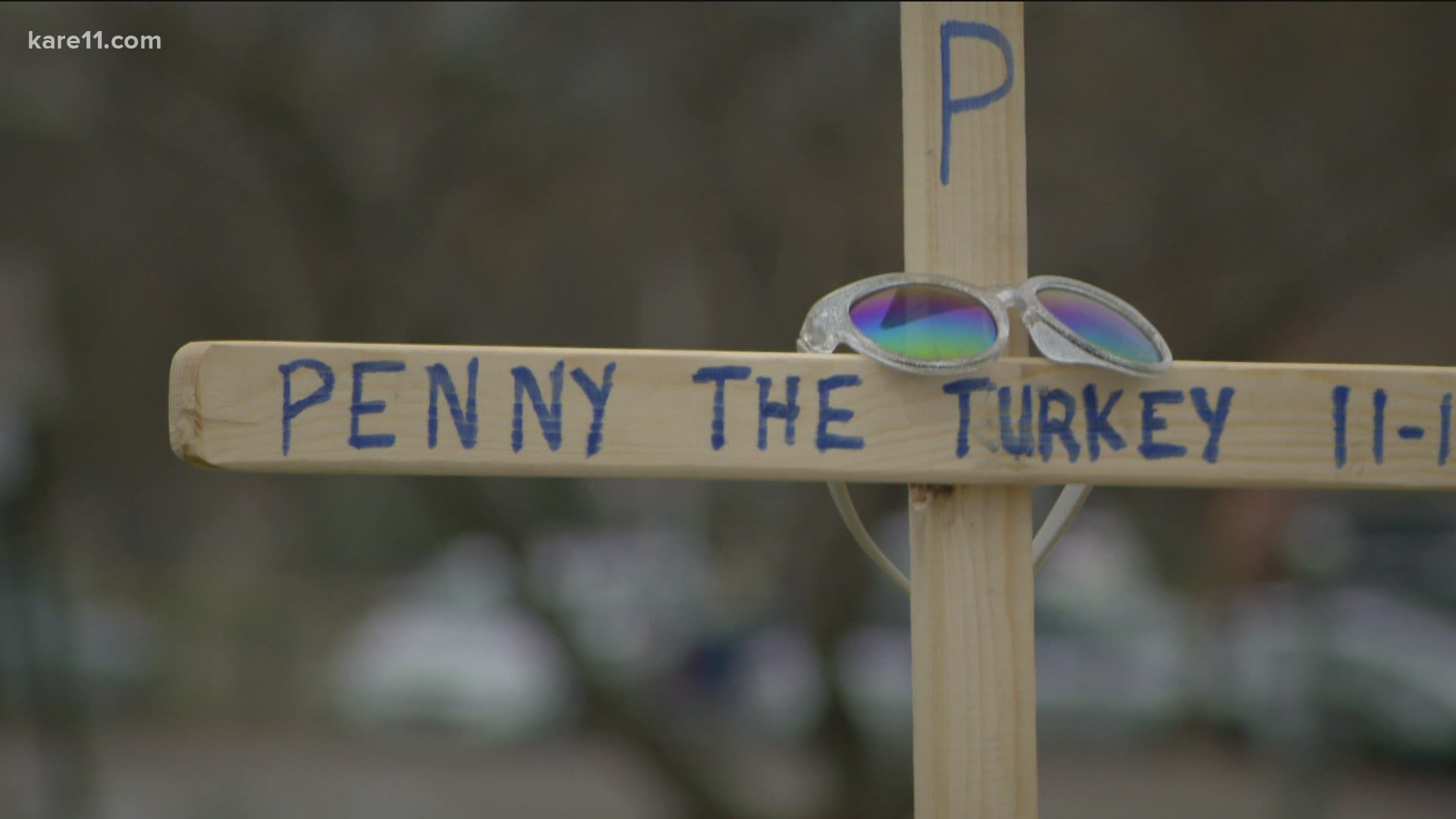 BLOOMINGTON, Minn. — The intersection of 90th and Penn in Bloomington is a bit quieter these days, especially now that no one is asking why did the turkey cross the road.

"Going back to the Spring, this bird has become really visible in the area," Joe Albert with the MN Department of Natural Resources said.

The turkey, aptly named Penny, after Penn Avenue, even achieved internet fame a few weeks ago. In a viral video, Penny was seen attacking a motorcyclist stopped at a red light. He kept going for the motorcyclist's leg, and even chased after him when the light turned green.

It was a funny sight, sure, for bystanders, but not so much on the receiving end.

"People really took a liking to it, but over time we got a lot of complaints," Albert said. "The Bloomington police department started getting an increasing number of complaints as the bird would chase pedestrians, get into traffic and go into buildings. That kind of has continued to ratchet up."

In fact, Albert said the city of Bloomington repeatedly asked people not to feed Penny, because that's exactly what Penny was there for.

"Animals will do that," he said. "When they have a food source they can readily get, there's no reason for them to look elsewhere."

So the million-dollar question: Why couldn't they just relocate Penny somewhere wild?

"The bird had been so habituated to human food - that's how it knows how to get food," Albert explained. "So if we relocated it, it would go to a new spot ...  to find humans where it can get food again, or it will be unable to find food. The end in that situation isn't good either."

On Friday near 90th and Penn, a memorial had popped up in Penny's memory. It was decorated with fake flowers and hand-drawn portraits. Penny was beloved - a subject of many interesting internet videos.

Albert said the DNR was quite well aware of how much he was loved. However, when the aggression grew worse, and he became a traffic disturbance at the big intersection, they knew it was time for Penny to cross the rainbow bridge.

"We understand and this is an unfortunate situation," Albert said. "We don't feel good about the outcome. This isn't what anybody wanted."

As people start to push the boundaries of city into the wild, more animal and human encounters are happening. Albert said, in order to be good co-habitants of any area, we have to leave wild animals alone.

"Understanding what wild animals need and giving them the space to be wild animals," he said. "It's great to be able to see out your window to look beyond the fence and see a coyote walking by or a flock of turkeys or a deer. We have those opportunities. It's incumbent upon people to make sure we keep boundaries between us and wildlife and enjoy them, but not start that interaction with them, and feeding them and making the animals depend upon us for food."

Albert said the DNR conservation offer was able to dispatch Penny in the safest and most humane way possible. They were then able to harvest Penny and donate the bird to a family in need.