'Petal it forward' brings people together, two bouquets at a time

Receive two bouquets, pass one on. 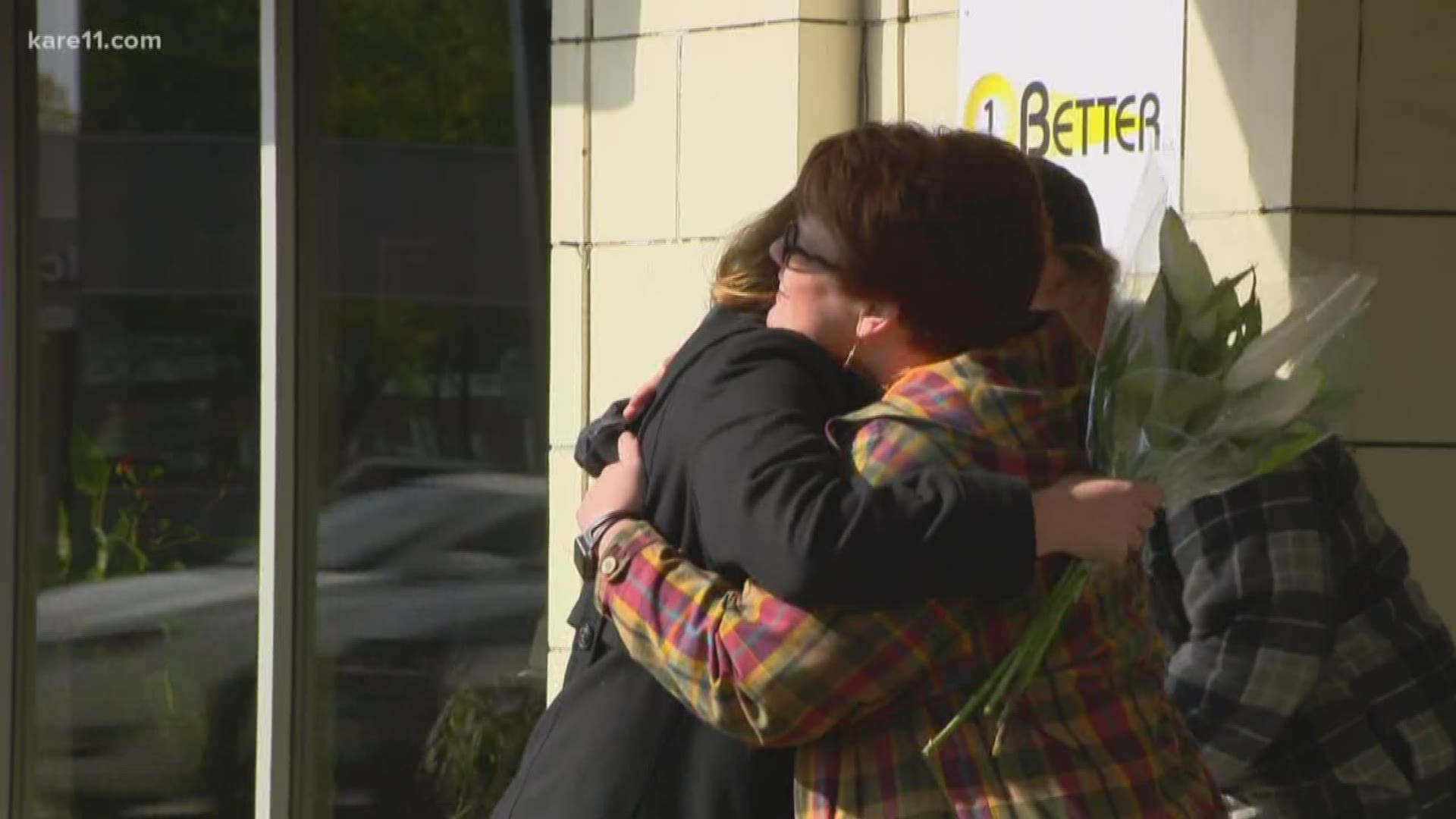 ST. CLOUD, Minn. — Several florists all over the nation are "Petaling it forward" today. It's when they give out free flowers to the community, encouraging people to take two, and pass one on.

As the owner of St. Cloud Floral, Rhoda Paurus said she lives for the interactions.

"It's so fun to make somebody else's day," she said Wednesday as she stood on the street outside of Jules' Bistro. She held two small bouquets in her hand - Minnesota-grown lilies she said.

"We a lot of times say the driver has the best part of our job because he gets to deliver the flowers to people and see the reactions," Paurus said. However, today, on "Petal it Forward" day, that one-on-one is all hers.

"It's kind of in the 'pay it forward' [concept] except for a florist it's 'Petal it forward,'" Paurus explained. "So it's all about letting people see the joy that comes with giving flowers as well as receiving flowers."

Paurus and her crew spread joy like bees, going from one bud to the next. Approaching each stranger with a big smile, sometimes shouting "It's your lucky day!"

Some people were taken by surprise. Some were skeptical. However, the only catch was that they had to pass one of the two bouquets they received to someone else.

"My mother-in-law is visiting, she'll get this today when we get home," a woman said. "She deserves it, she's watching twins at home so she deserves it!" her husband chimed in.

"It feels nice," another woman said. "I can definitely see how this will brighten somebody's day when they're feeling a little blue."

On top of spreading flowers and joy, the opportunity created a moment for kindness to shine through.

"You know as well as I do that it's not always the positive things that make the news," Paurus said. "There are so many positive things about St. Cloud. The people and the culture, it only takes a few people to make it look bad for everybody."

Flowers can have a million intentions. A thank you, a congratulations, I'm sorry or even an I love you. However, on Wednesday in St. Cloud, the flowers didn't need to mean anything at all because a smile or a laugh was good enough.

National "Petal it Forward" day is organized by the Society of American Florists. If you missed it this year, there's always next year in different participating cities around the nation!

MORE BTN: Article sparks discussion about savings and how much you should have