Chaunte Ford, the first Black female police officer in her department said putting her uniform on to head to work was not an easy task. 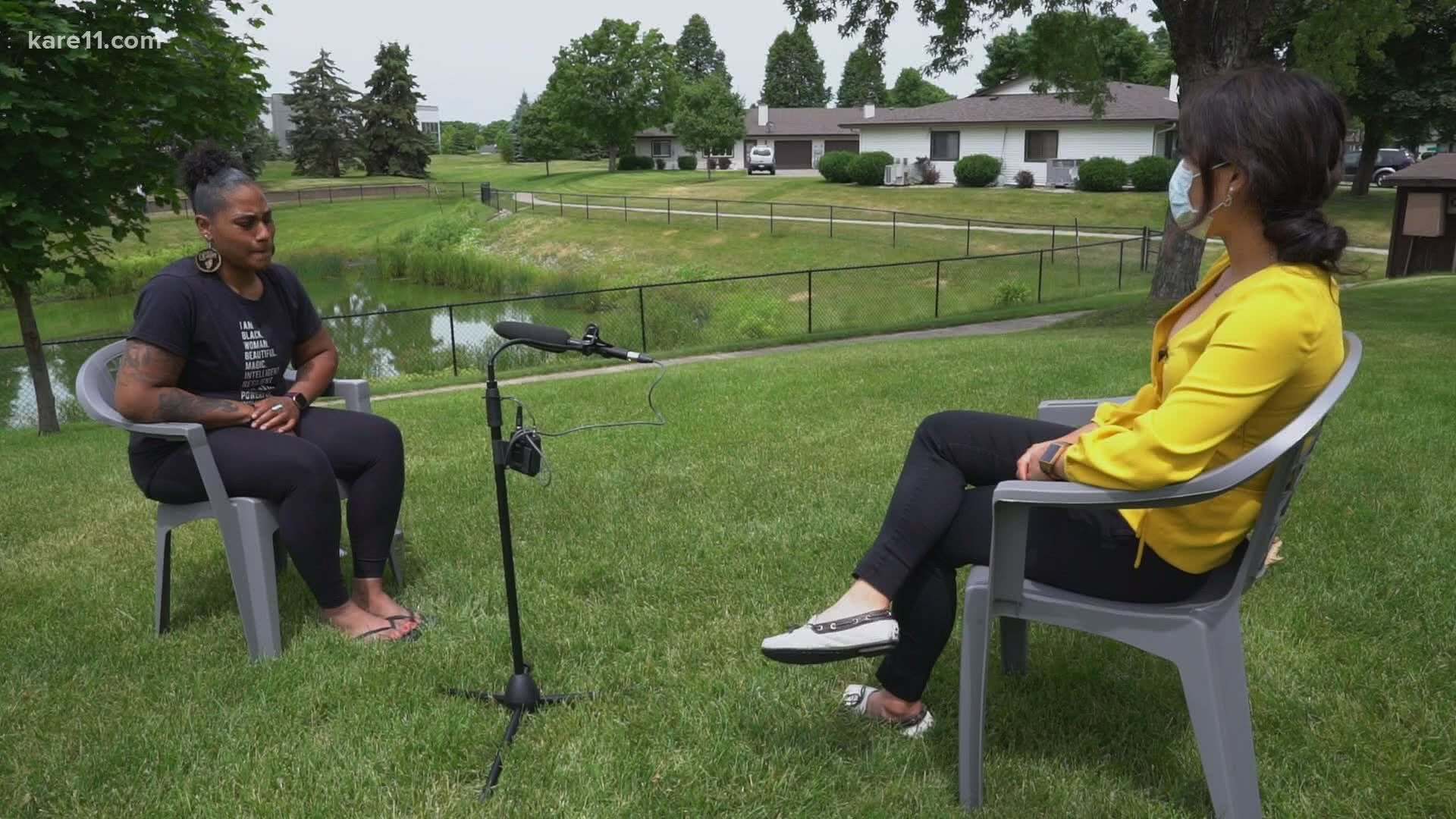 Those were some of the words officer Chaunte Ford said when she was arrested in 2016 on DUI charges. Four years may have flown by, but Ford was clear that they have not gone by easily.

"My probation is so tight, even if I have a moving violation, I can have my stuff revoked and that would be the end of my career," Ford said on Monday.

She spent the last four years with her life under scrutiny. When she reflected on the events of 2016, she talked of a difficult time, filled with hurt. She said she was deeply affected by the deaths of Philando Castile and Jamar Clark. She said she had a lot of emotions back then, and not enough 'tools in the tool bag' for her to cope.

"I come from both sides of my family, I have a lot of addicts, and that's just what I clung on to," she said. "It was the addiction piece."

However, she said 2016 wasn't all dark times. The compassion that she had put in as a police officer in the Twin Cities area, made its way back to her.

"It was a lady," she said, referring to a message that she had received on Facebook back then. "'I don't know if you remember me but you arrested me.' I was like 'what?! Wow, this is crazy.' Okay, so the way I conducted myself, the way I do my job, obviously is what people need [from] a police officer."

As the first Black female police officer in her department, Ford said she enjoyed a fruitful relationship with the community she serves.

"I think sometimes I do forget like how Black and Brown people truly feel about the police," she said. "Because I have such a great relationship with the community. So when Mr. Floyd was killed, it really just put it front of mind that we have a lot of work to do."

Ford added that when she saw the video of George Floyd's last moments under Derek Chauvin's knee, she wasn't really thinking about her occupation.

"I couldn't watch the whole thing -- but when I saw the part of the video, I didn't really think about the cop part, I was just so mad," Ford said. "About another Black man being killed. So what I was thinking about was just Black people."

To put on her uniform again after that, to be the woman in blue was difficult, she said.

"I didn't want to put on my uniform but I knew I had to do it," she said. "I had to show up. I had to be at work because that's how we're going to make a change."

She said being a part of law enforcement was never easy and it hasn't gotten any easier now. However, she said she's always been sure that this is the right answer at least for her on how she will be making a difference.

"They shake your hand and say, 'thank you,' I'm like--I never expect that but when it does happen, it's just empowering," Ford said. "Okay, I am doing the right thing. I am making a difference and creating a change. Little kids-- they'll be like Officer Ford is a police officer. We have the same skin color, or I'm a girl, just like her, when I grow up I can do just like what she does."