Something changed this election cycle. Six women ran for the Democratic Nomination for president. 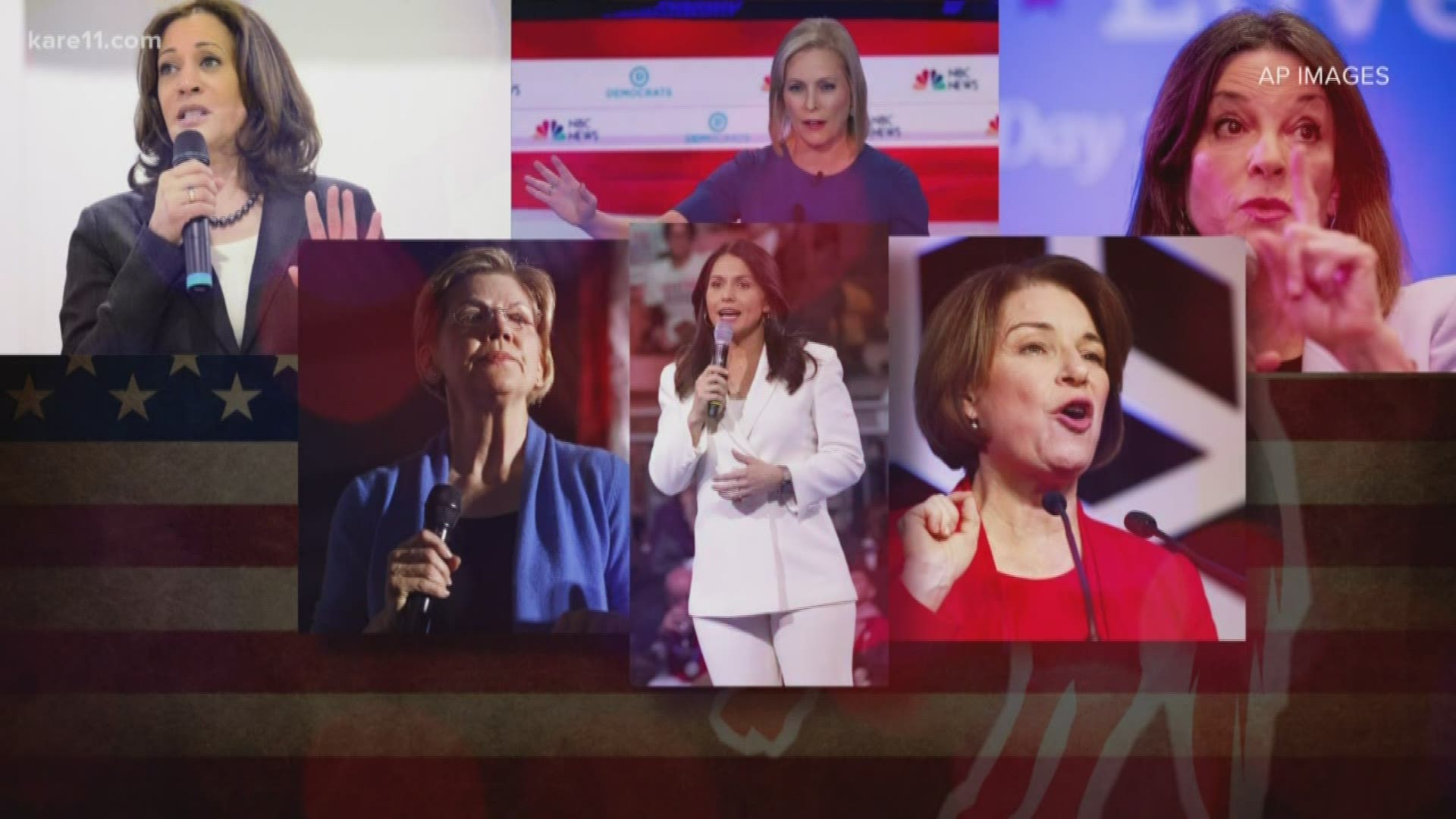 ST PAUL, Minn. — The Democratic primary field is shrinking. Only one woman, U.S. Rep. Tulsi Gabbard, is still in the race. Thursday Elizabeth Warren dropped out.

But something changed this election cycle: Six women ran for the Democratic Nomination for president. Dr. Angela High-Pippert, an associate professor in the Political Science department  at St. Thomas University, said the more we see women with diverse backgrounds run for president, the more the process will be normalized.  She teaches courses in American politics, women and politics, and public policy.

"Seeing all six of those women on the debate stage was such a powerful image because there had never been more than one at a time," she said. "Looking at the larger picture, we want to think a little bit about how 2020 has shaped the political landscape in a new direction for women in politics."

Angela High-Pippert said it is more difficult for women to run for the presidency.

"Women candidates have had more difficulty running for president because it is mostly what we call in political science the most masculine branch of the government," she said. "People think of executive leadership as male. Women have to work hard to appear credible and authentic but what we have seen by  having different kinds of women running is their attempts to combat those stereotypes."

She said it takes a lot of courage to put yourself up as a political candidate. Support is also needed. A big reason the university is launching what it calls "Ready to Run Minnesota" in May.  It is a non partisan training program for women candidates.

"We don't discuss issues at all. We talk about the nuts and bolts of how to run for office. People who have been thinking in the  back of their mind, I really want to run for school board or city council member," she said.

Meanwhile, on her office walls you'll find posters with subtle reminders he roles society assigns aren't in line with who you can become.

One of her favorites is a poster with a poem called "Every boy, Every Girl."