A 2016 change in state law could leave Minnesotans revealing information they'd like to keep private during a presidential primary. 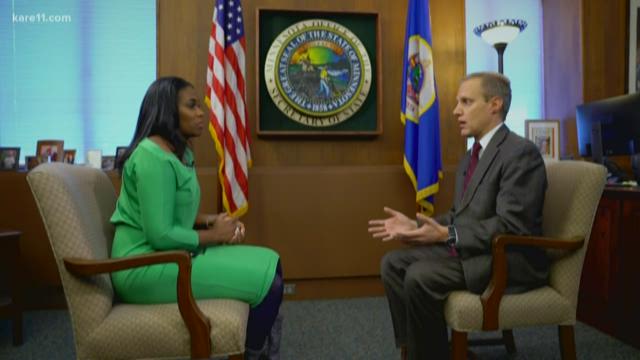 Online, we have password to keep our emails private.

We also use passwords to protect our social media and bank accounts which contain information we don't want shared. But a 2016 change in state law could leave Minnesotans revealing information they'd like to keep private. To vote in the primary, Minnesotans must disclose their party selection to election judges.  Voters will have to request either a Democratic or Republican ballot. A list of who voted in the primary and the political party each voter selected will be provided to the chair of each major political party. How a voter voted on the ballot will be secret.

“My biggest concern is that information on someone's political choice of ballot is now going to be available in a fairly widespread way,” he said.

“What we are facing right now feels like a backdoor party registration system. Minnesota since statehood has never had registration by party.”

Simon says if voters don't choose a party for this primary election, they don't get a ballot. He fears it could impact voter turnout.

A 2016 law requires the state to move from a caucus to a primary system for selecting nominees.

“When you sign in for that ballot you are signing an oath saying you generally agree with the principals of that party, that might strike some people as too intrusive and a bridge too far,” he said. “I am worried that some people will be turned off from voting.”

Early voting - ahead of super Tuesday - starts Friday in Minnesota.

Simon says there are no guardrails in place to protect voter's information.

“There are not laws on the books right now that can govern what the parties can do with the data once they get it. Right now, our interpretation is there is nothing to stop one of these political parties from simply posting it online,” he said. “They could say, ‘Hey Minnesota, you want to see who picked the democratic ballot or republican party? Want to see how your neighbors and friends voted … that could happen. We will be pushing hard to impose some restrictions in time for this election year. So that information, if collected, will be locked down and limited.”

Chairwoman for the Republican Party of Minnesota, Jennifer Carnahan, released the following statement:

This year's presidential primary data is similar to past year's caucus data gathered by both major political primaries. The data will help the MN GOP (and the three other parties) access Minnesota's landscape, activate and engage new volunteers and activists and continue to help build our party operations for the short and long term.

We did not hear back from Chairman of the DFL, Ken Martin.