According to a report, four times more women than men dropped out of the labor force in September. 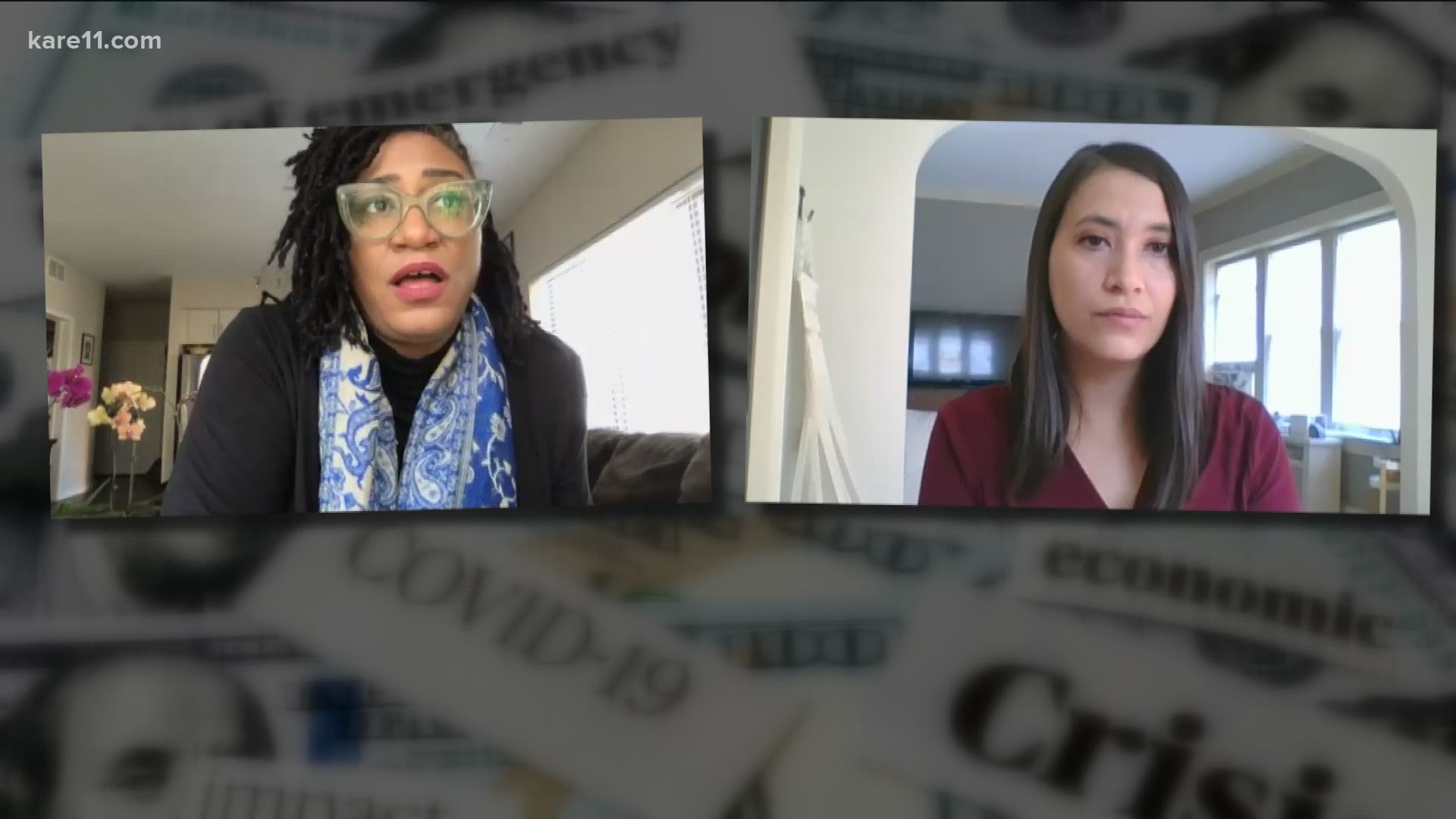 MINNEAPOLIS, Minnesota — Hundreds of thousands of women are leaving the workforce amid COVID-19.

An analysis by the National Women's Law Center of new numbers from the Labor Department found that four times more women than men dropped out of the labor force in September.

Over 1.1 million workers ages 20 and over left the workforce last month — meaning they are no longer working or looking for work.

"It was a very disturbing article. It's not surprising though, especially considering the amount of care work that women do," said Zenzele Isoke, chair of Gender, Women & Sexuality Studies at the University of Minnesota. "It makes me fear really the plight of communities of color which have already had a hard time in this economy."

Those who left the workforce included 324,000 Latinas and 58,000 Black women. Black women and Latinas continue to be hit hard by the economic crisis with unemployment rates around 11%. That's compared to white men with an unemployment rate of 6.5% and white women at 6.9%.

"Typically more likely or not to be stuck in low-wage jobs and that means that they're more likely to be employed in industry and jobs that pay maybe $15, $16 an hour, if they're lucky," Isoke said.

It comes during a time when more kids are doing distance learning. According to the Women in the Workplace report by McKinsey & Company and Lean In, mothers are more than three times as likely as fathers to be responsible for most of the housework and caregiving. On top of that, female-dominated industries have been hit hard.

"People who are working in restaurants, fast food, any kind of service... work that doesn't allow you to be behind a screen. Those are typically jobs that women find themselves in, especially poor women and working class women," Isoke said.

Isoke said when women consider transportation costs, childcare costs, among other things, they may decide to leave their job.

"It's actually more expensive for them to go to work than it is for them to stay home," Isoke said. "If you try to work in this particular health climate, you're at a higher risk of getting sick. So the cost of going to work actually goes up tremendously at this point in time."

According to the Women in the Workplace report, 1 in 4 women are considering downshifting their careers or leaving the workforce due to the coronavirus.

The report found the pandemic could set women back half a decade with far fewer women in leadership roles.

"We're going to have a cohort of younger people who are going to be growing up in wage-restricted households. When you don't have a big income, that makes you more likely to be housing insecure; that means you're more likely to be evicted because you can't afford rent," Isoke said.

Isoke said there are some possible solutions, saying, "One is... we have to really think hard about guaranteeing a minimum household income for families."

Ultimately, the impacts women are seeing in the workforce impact entire communities.