Say cheese: Back to school pics show evolution of camera

With a cell phone, it is so easy for parents to snap and hold on to this special day. 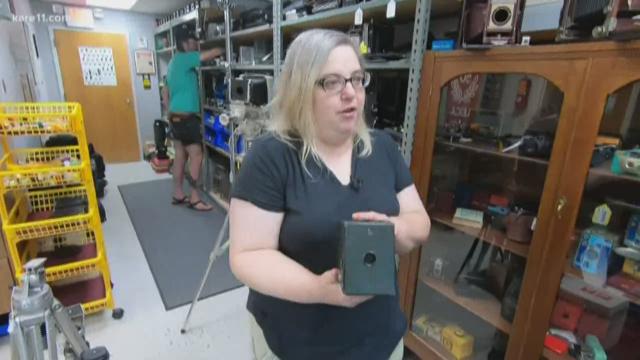 The back to school photo has stayed the same in some ways, and in other ways it has changed.

Social media was saturated with photos documenting September 3, 2019 at the start of school.

With a cell phone, it is so easy for parents to snap and hold on to this special day.

RELATED: Do you still have back-to-school shopping to finish?

Rebecca Lawson said it also showcases how the camera has evolved.

“This is what brought it into the households so everyone could take those school photos,” Lawson said.

Lawson has worked at National Camera Exchange for 27 years. The family owned business has helped people capture moments for 105 years.

“Kodak made the Brownie. It was the very first camera people could use at home,” she said. “ Kodak had it pre-loaded with 100 shots. You would buy the camera for $10 or $11, and then mail it to Kodak and they would develop those pics for you and (then) you had pics of your loved ones.”

“I think everybody gets to take as many photos as they want,” she said. “As a community I think we need to print them more and save them more and be more cautious about that so we have them for the future."

Print and store the photos in an archival safe like a photo album. That’s what my mother, Gloria Broaddus, did with my grade school pictures.

So did Sharon Yoo's folks, as well Lou Raguse's and Jana Shortal's.

And for the kiddos starting  school later this week, smile.

“Once you are on a roll you have to have that picture every year,” she said. “Why wouldn't you want that pic for 18 years of their life. You only have that small time.”