Scenes from Kabul on Monday were eerily similar to the Hmong evacuation of Laos following the end of the Vietnam war. 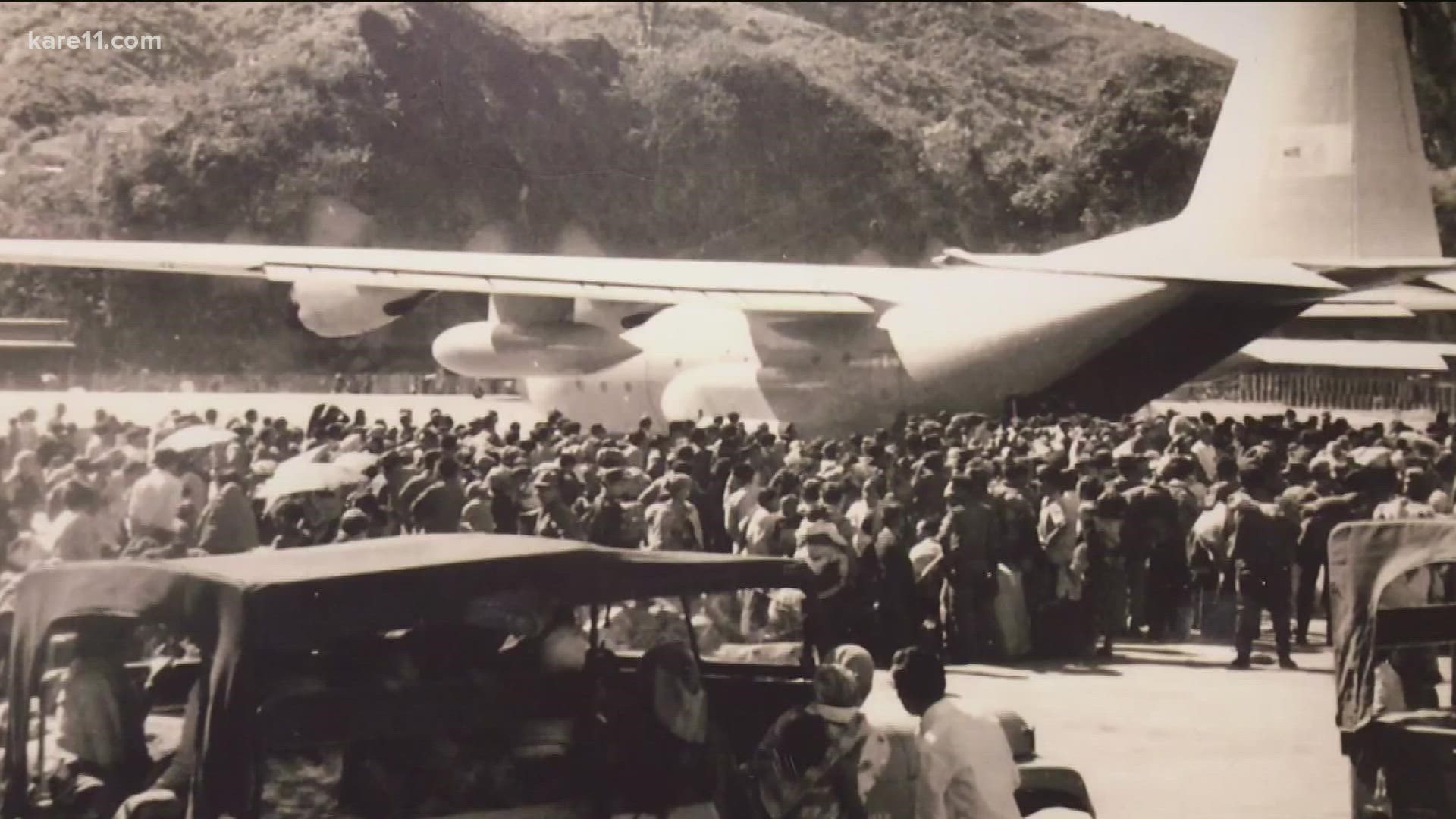 ST PAUL, Minn. — As video began to emerge, Monday, of Afghans rushing onto the tarmac of the Kabul airport, desperately trying to flee their capitol city as the Taliban takes control, the scene brought back some painful memories for Lee Pao Xiong.

"I know exactly how they're feeling right now," Xiong said. "I was there. I was on the tarmac."

Xiong was just 8 years old in May 1975, when the US withdrew from a different, unpopular, war in Vietnam. Hmong soldiers who spent years fighting on behalf of the US in Laos, were suddenly left to evacuate with their families, flooding a military airstrip in hopes of catching one of three military planes.

"My father, when the plane landed, he pushed us," Xiong said. "He pushed my mom, brothers, myself on the plane. It was just packed like sardines. The way the pilot tried to get people to move back is he ramped up the engine, the propeller, so he could blow people away."

Xiong, now the director of the Hmong History Center at Concordia University in St. Paul, says many families were split up in the chaotic evacuations, including his own.

RELATED: 'I did a lot of goodbyes in the days before we left' | Minnesotan among those evacuated from Afghanistan

Fortunately, he says his other family members eventually forced their way on a different plane, despite not being part of the official evacuation list. That's why he says any further attempts to evacuate allies in Afghanistan will likely continue to grow chaotic.

Unfortunately, that's what happened to thousands of Hmong people who didn't make it on a plane, though thousands attempted to make the trek to a refugee camp in Thailand, few made it.

Erdahl: "Are you worried about the same thing happening to Afghans?"

Xiong: "Yeah, I think it will happen. We've seen it time and time again."

Which is why, instead of rushing to place political blame, he hopes immediate focus moves away from either side and towards those caught in the middle.

"I think, right now, it's all about saving people," Xiong said. "We got ourselves into a war, a long war, and we need to stand up to our end of the bargain. You know, we left through political means, and you can't just abandon people to be massacred by the Taliban. I hope we do good by helping to evacuate those who worked with us."