Seating the jury: A fair process?

The system tries its best to be 'fair,' but what does that really mean? 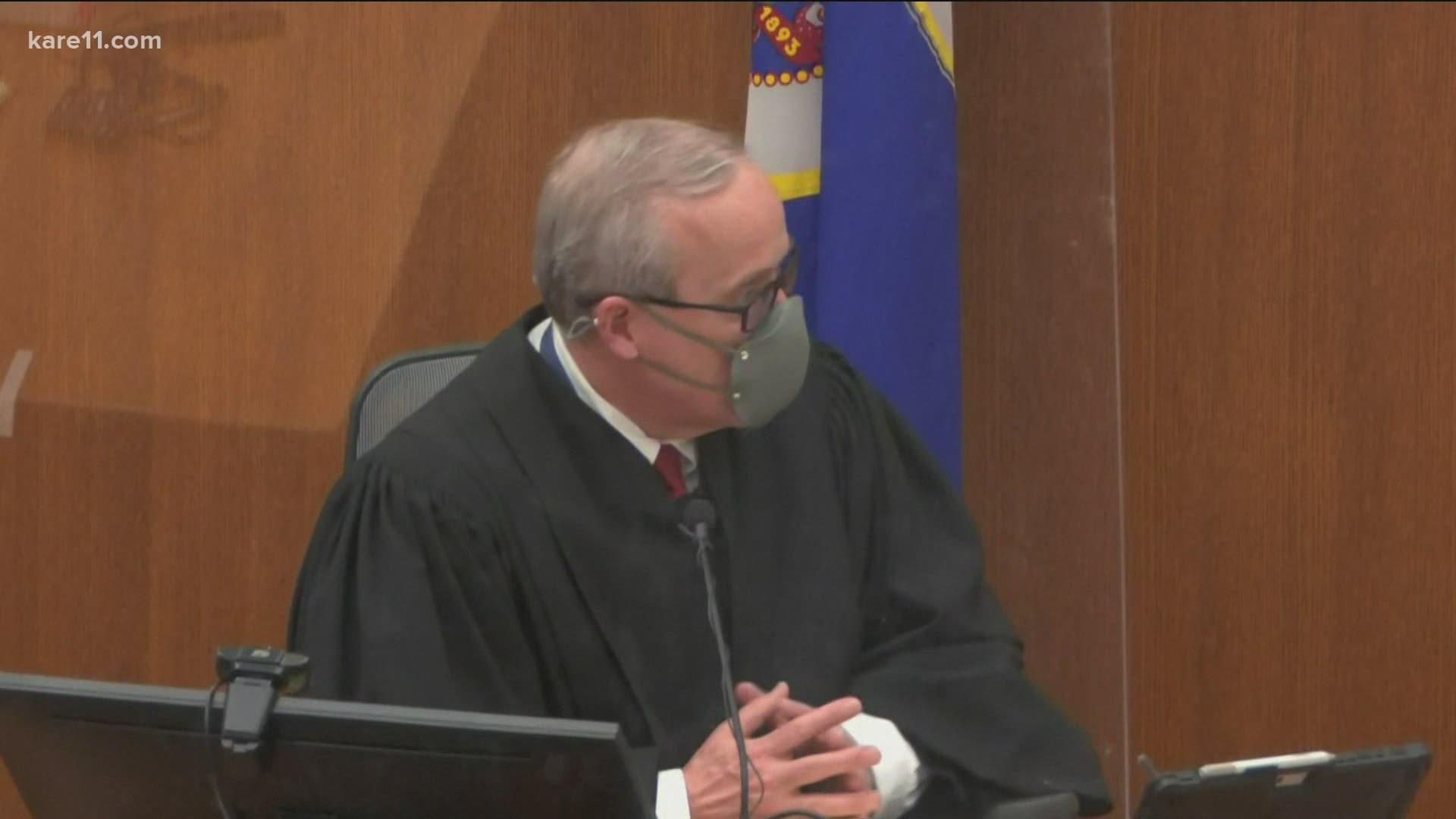 MINNEAPOLIS — Six people have now been selected to be on the jury for the Derek Chauvin trial that has put Minneapolis in the spotlight all over the world.

The process will take a bit more time, but as it moves forward it had us asking about its fairness.

Specifically, regarding socio-economic status. A question came up this morning while Judge Peter Cahill was talking to one of the potential jurors, who identified herself as a single-mother with two children.

"The trial time is going to be about four weeks once we start on march 29, I think -- you did indicate some concerns with jobs in that-- I'm going to leave that to the attorneys to explore, but do you think it's to the point where you could not serve? Or could you make arrangements? Could you make it work?" Judge Cahill asked.

The potential juror replied, "I'm a single parent so I have limited support."

The judge then asked if she could be sequestered for deliberation in a hotel until there is a decision made.

He asked her if that's possible, given her circumstances.

"I possibly wouldn't be able to do it for an entire four weeks or however long it took," she replied. In a subsequent answer to another similar question, she added she would "try her best."

Long-time public defender, and former Hennepin County Chief Public Defender Mary Moriarty has been keeping up with the jury selection process and has been live-tweeting the proceedings.

"The concept of jurors--they are the community's conscience," Moriarty said on Thursday.

But what happens when circumstances don't allow you to be a part of that conscience? People cannot simply ditch their jobs for an unspecified amount of time.

"People who are working in jobs where they don't get paid to be here-- or they're providing care for their own children, or they're single parents, or they're self employed, have a difficult time doing jury duty," Moriarty said.

She further explained by saying that she did see a lot of people who wanted to participate and do their duty as a juror, but simply could not, during her time as a public defender.

"There would be people who are self employed, really creative-- people in low paying jobs, [like] McDonald's and something like that," she said. "They wouldn't be paid to be there. They really wanted to be on the jury and they brought a different lens, and they couldn't afford to do it. It's not fair to them because they wanted to be on jury duty, it's also not fair to the accused, or I suppose the state, because you're not getting that perspective."

Understanding that not everyone's employer will continue to pay a wage during jury duty and that not everyone has a support system that can watch their children and pets puts even more pressure on the way the selection process takes place.

Jurors are paid 20 dollars a day for their service.

"There are things we could do to improve it," Moriarty said. "For instance, if we could reimburse jurors so that those people who are self employed or working in jobs that can't be paid or providing daycare for their children so they can be here, that would be a huge step forward."

So far, six jurors have been seated. Three white people, one Black person, one Hispanic person and one person who is multiracial.

Keeping in mind that six more jurors will have to be seated, in addition to two alternate candidates, the selection so far does reflect Hennepin County well.

According to the latest numbers from the U.S. Census Bureau in 2019, Hennepin county was around 70% White, 13% Black and 7% Hispanic or Latino.