They work with national retailers like Target, Walmart, Costco and Sam’s club, and local grocers like Cub, Kowalski’s, Festival and Lunds & Byerlys. 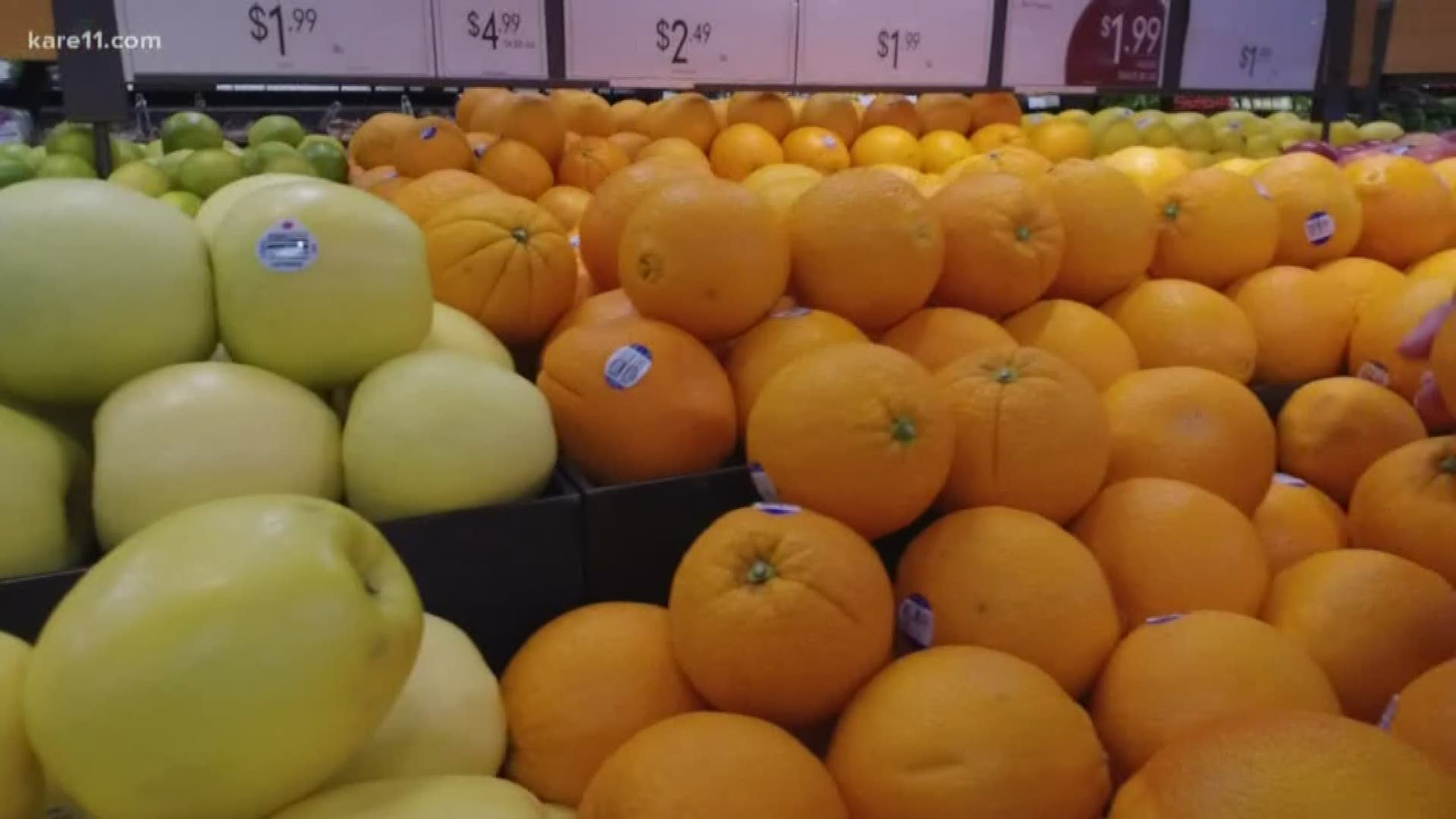 Did you know the number one thing found in our landfills is wasted food? According the Food and Agriculture Organization of the United Nations, we toss about 1.3 billion pounds of food each year globally. Here in the United States, 40% of the food we produce ends up in landfills. All that food creates methane a greenhouse gas that is affecting our environment.

Meanwhile, according to the USDA, nearly 40 million Americans last year didn't have access to heathy foods. Here in Minnesota, some folks have teamed up to take one problem to solve the other.

For Second Harvest Heartland, the mission has always been to feed the hungry, but how they accomplish that mission has changed.

"Our largest program is known as food rescue,” says April Rog, Director of the program.

Rog means that statement quite literally. Second Harvest is rescuing food that would otherwise end up in a landfill. They work with national retailers like Target, Walmart, Costco and Sam’s club, and local grocers like Cub, Kowalski’s, Festival and Lunds & Byerlys to bring in fresh, healthy food for those in need.

“It was definitely ending up in the trash, in landfills, ending up possibly reused in our locations,” says Mike Schwartz with Lunds and Byerlys.

RELATED: How reducing food waste can impact the environment, your wallet

Every day, at all locations, they sort through produce to find the stuff that doesn't look pretty, because that's what we as customers demand. Dairy, deli, bakery. Bumped, dented or bruised, It's all still good.

“The amount of product that is produced that is still edible is significant on occasion so it's a great opportunity for us to give back,” says Schwartz.

Lunds and Byerlys alone rescues about 3 million pounds of food each year. And the food from each store goes, usually same day, to a local food shelf or meal program.

"It started out as pretty small. In our first couple of years we were hovering right around 4million. We did 40 million pounds last year, and that's because our retailers have really matured their programs. It's a part of their daily operation to take those foods to get to their highest, best use,” says Rog.

But what about once it's cooked? Surely, it's too late to rescue then, right? Not anymore.

“With the help of feeding America and General Mills we were able to implement an online platform for connecting these just-in-time food opportunities to people,” Rog says.

MealConnect started during the Super Bowl as a way to take the excess food from event centers, restaurants and caterers and get it to meal programs fast. Just during the big game alone, they were able to collect 150 thousand pounds of prepared food, but it didn't end there.

"The MealConnect program through second harvest is a Godsend for us,” says Elizabeth Mullen with Chowgirls Killer Catering.

Chowgirls is all about combating food waste, from the front end, to the finished product. Instead of tossing what's left at the end of night, now they can get that good food to someone in need.

“It goes to Catholic Charities, it goes to Loaves and Fishes, I think they have like 19 places that they're able to give it to,” says Mullen.

"Thus far we've saved over 900 pounds of food and sent to MealConnect,” she adds.

All of this is proof of a community working together to take one problem and using it to solve another.

“The hunger relief community is really the first line of defense to capturing these foods and connecting them to places where they can be used in their highest, and best way, to keep foods out of the landfill, and keep greenhouse gasses out of the atmosphere,” says Rog.