Sports are in COVID chaos. How we got here and what it (likely) means for the seasons ahead

Even with daily testing strategies, outbreaks are happening and teams are canceling and postponing games. A testing expert explains what it can teach all of us. 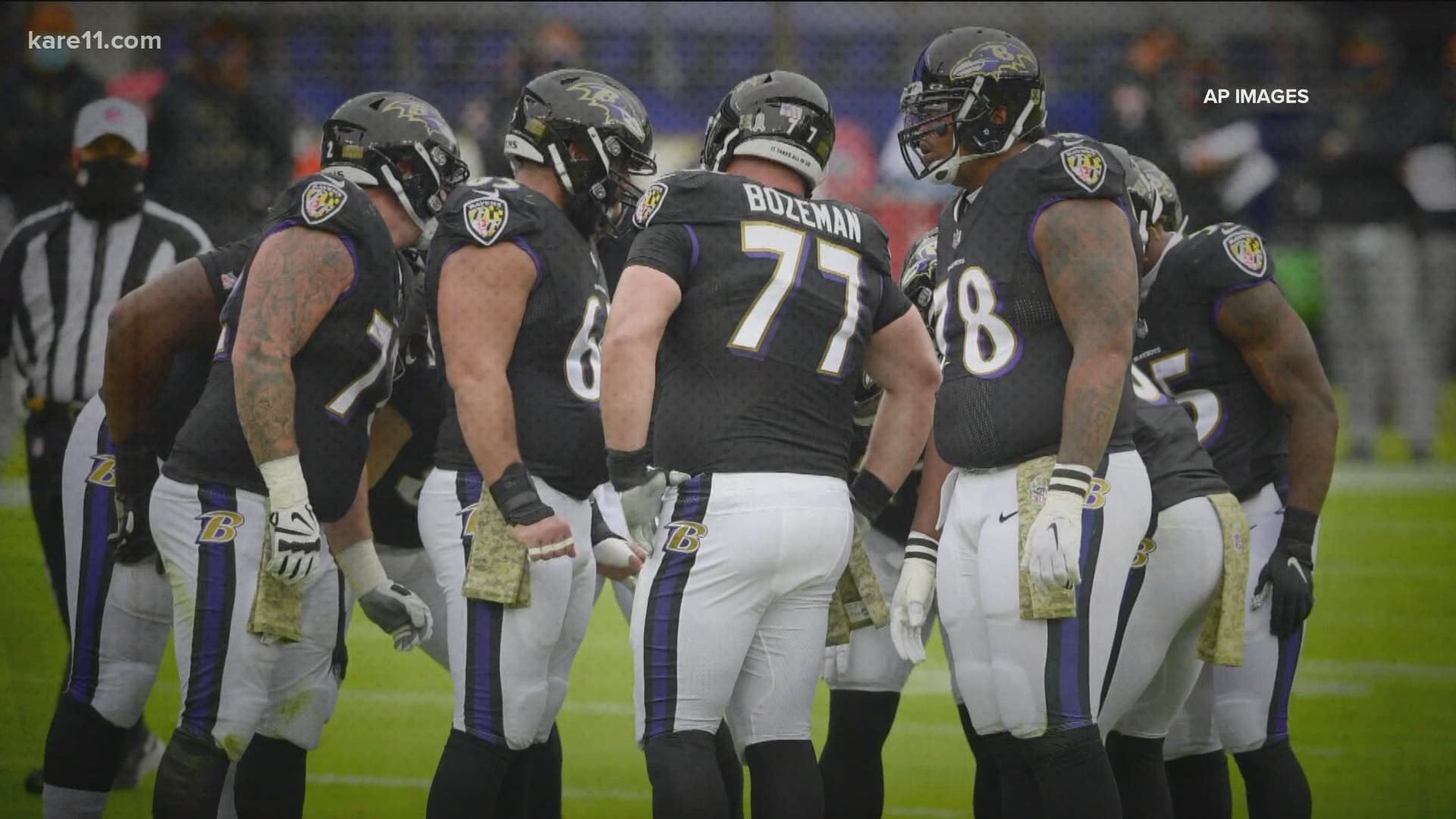 MINNEAPOLIS — There have been so many disruptions to sports due to COVID-19 over the past few days that it is best to start close to home and expand from there.

A week after canceling it's annual border battle with Wisconsin, the University of Minnesota axed another game with Northwestern on Monday. In doing so, the team announced that 47 people, including 21 players and 26 staff, have now tested positive for COVID-19. That makes it the largest outbreak in the Big Ten.

Dr. Bill Morice, President of Mayo Clinic labs, says the news discouraging as a sports fan but not surprising.

"It's a reflection of the struggles we're having right now in our region to control the spread of COVID," Dr. Morice said. "We've seen the case numbers going up, we've seen the hospitalizations going up and these players are living in our community."

Kent Erdahl: "We've talked a lot about how sports have resources, especially with testing, that we don't have anywhere else, and yet we're still seeing all these cases build on each other, especially with the Gophers. What does that tell you about this testing strategy?"

Dr. Morice: "It tells us kind of what we knew already, in that testing was not a safety net without holes. Certainly, it's an important tool, but the challenge with this virus is that we are most prone to spread it before we develop symptoms. When there is not a lot of COVID activity in the community it is relatively manageable, but when there is a lot of it going around, there's a better chance that someone is going to be able to slip through."

Of course, both college and pro teams have been seeing cases slip through testing protocols far beyond Minnesota as well. COVID-19 cases also forced Ohio State to cancel a game this weekend, putting one of the nation's top football teams at risk of being ineligible for the Big Ten Title.

The NFL, meanwhile, has come under fire for pushing teams to postpone, but not cancel games, even if they are missing a large number of players. The league has now rescheduled a game between the Pittsburgh Steelers and the Baltimore Ravens three times in less than a week, after an outbreak on the Ravens team grew to include 22 players who either have COVID-19 or have a high-risk exposure. Still the game is scheduled to kick off on Wednesday night. This weekend, the league denied a request by the Denver Broncos to postpone a game because all of the team's quarterbacks were sidelined due to COVID exposure.

Erdahl: "Now that we've seen what reality is, do you think it's feasible for college football or pro football to be able to finish out their seasons?"

Morice: "Well, I think it's feasible. What that season looks like though, I think is really being called into question. The integrity of the games are also in question. It's just pretty clear, if COVID remains highly active in our communities, that somehow isolating the players is really the only feasible way to have in-tact rosters available to play these games."

Dr. Morice says even Major League Baseball, which made it through its regular season without isolating players, went to a bubble format for the post-season. He says the level of community transmission of the virus is also much, much greater now.

"Even so, in Major League Baseball, I did hear that there were some players who got seriously ill on those teams, meaning hospitalizations," Morice said. "So it's not like the young are immune from getting seriously ill. It's much less common, but all of those things have to be taken into consideration."

Which is why he is surprised, that after the NBA, WNBA and NHL all pulled off successful post season bubble formats earlier in the year, the leagues are getting ready to re-start their seasons without that type of isolation.

"The Wild players are coming back into town, and they are quarantining," Morice said. "I think back to times that the Minnesota Wild had diseases like mumps that spread through locker rooms and arenas, where multiple teams have gotten sick. You know, it's going to be a challenge. The only way you can really ensure it is to have that bubble."

Erdahl: "Do you see the NFL getting to a Super Bowl without having some kind of a bubble?"