The goal is to form the committee in the next six months. 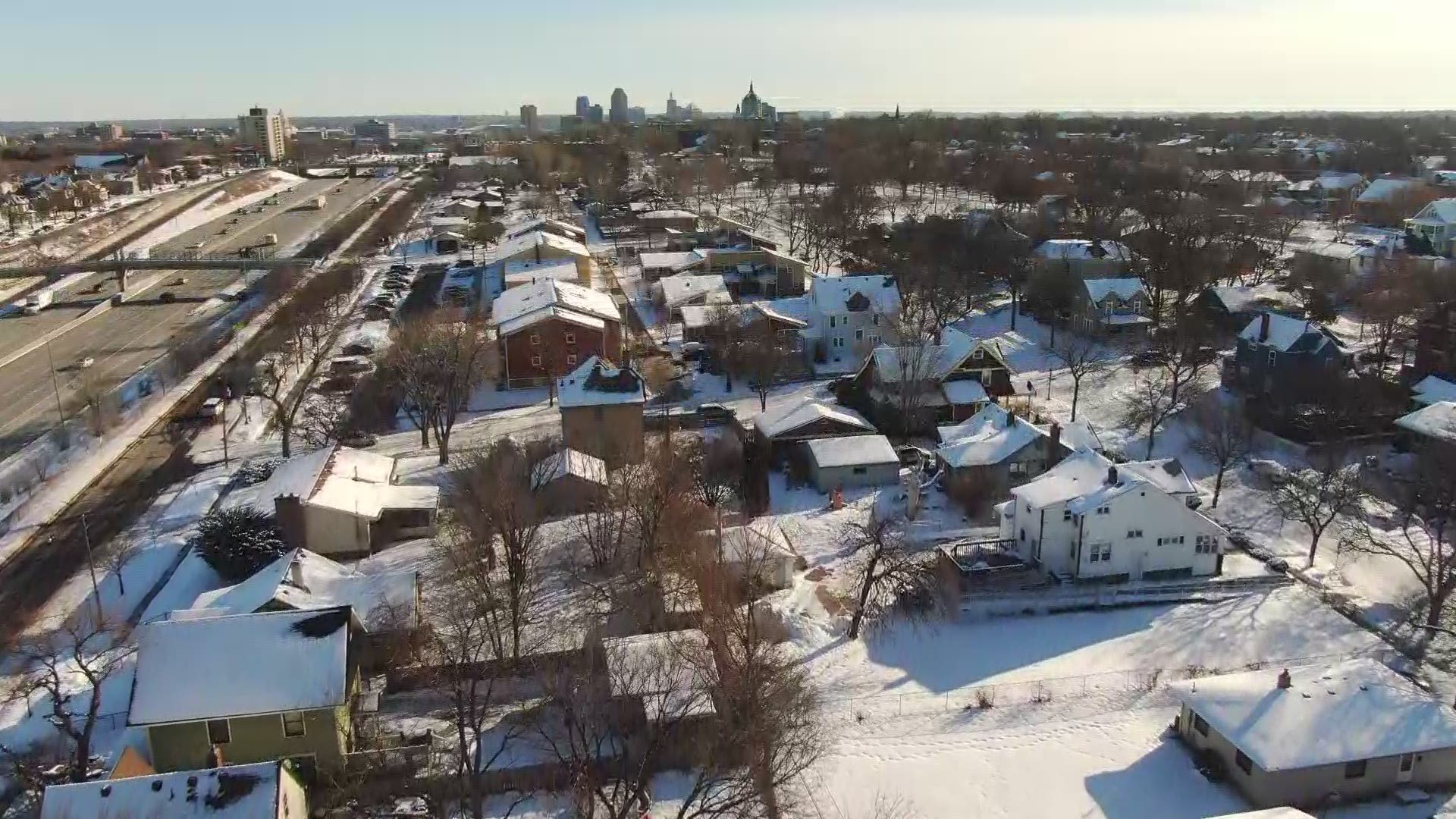 MINNEAPOLIS — On Jan. 13th, the City of St. Paul apologized for its role in institutional racism and unanimously passed a resolution to form the St. Paul Recovery Act Community Reparations Commission.

Trahern Crews, the co-chair of the steering committee for the commission says it's been a long time coming.

"For the most part, it's been a very, very positive reaction," Crews said. "I was surprised but I knew when we first started this effort, we even had to convince Black people and show them the debt and what was owed, and show them the racial wealth gap data."

Crews met with us to talk at the Rondo Commemorative Plaza off Concordia Avenue in St. Paul. Standing there, the plaza served as a cogent reminder of centuries-long injustices that affected and still affect the Black community.

"I-94 was Rondo, where there used to be Black families and businesses, and they ran this freeway through," Crews explained. "It dispersed a lot of families and communities, and we never really recovered from that."

That is just one of many reasons why Crews says St. Paul is proud to be launching a commission to study reparations.

"Reparations means to repair the damage that was done by the institution of slavery, white supremacy, institutional racism, redlining and redistricting, the war on drugs, mass incarceration, the Jim Crow era," Crews added.

Reparations have also been a part of the public discourse for years.

Ta-nehisi Coates' well known piece in the Atlantic, The Case for Reparations, also added renewed urgency to the issue back in 2014.

"Now we have half-stepped away from our long centuries of despoilment, promising, 'Never again.' But still we are haunted. It is as though we have run up a credit-card bill and, having pledged to charge no more, remain befuddled that the balance does not disappear. The effects of that balance, interest accruing daily, are all around us," wrote Coates.

Yohuru Williams, the distinguished chair and founding director of racial justice initiative at the University of St. Thomas says he is glad the commission is happening, right here at home.

"I love the fact that they are doing a commission, because historical recovery is key," Williams said. "We have to know what the depth of that injustice, the depth of that wound, is here. What it looked like and how it manifested itself."

Crews says, the studies commission will be formed in the next six months, precisely to figure those details out.

Williams says there are two ways reparations can manifest.

"Will families receive financial remuneration because of the legacy of slavery?" he said. "The other side of that is can the government, states, cities, municipalities, provide opportunities or services? Can they create pathways to help communities that have been impacted by the legacy of slavery in education, housing so on and so forth?"

When asked if Williams has heard financial reasons being cited as the main obstacle behind the wide-implementation of reparations, he said not necessarily.

"It's one of the biggest roadblocks in the way people think about it," he said. "It's not much of a challenge if you were creative in the way that you were thinking about collecting that money in order to do that. There are any number of ways the state and the federal government could be involved in that work, which would not be destabilizing in any way to the economy."

Cities like Asheville, South Carolina and Evanston, Illinois have already formed commissions, proving it can be done.

"It's a question of political will and a question of framing," Williams said. "I think the big challenge is one of really getting people to understand: A. What the roots of that historic injustice are, and B. Why it's necessary to correct that."

"I'm really proud of my city right now," Crews said. "I'm proud we're leading on this effort and that we can be an example for not just Minneapolis but for the rest of the country too who hasn't made that step yet."

We reached out to St. Paul Mayor Melvin Carter about this effort.

“While no sum can repay the immeasurable debt owed to descendants of those whose stolen labor built our country, the facts of this national debt, and of slavery’s lingering social and economic impacts, are clear,” said Mayor Carter. “Every institution that has systemically enforced, sanctioned, or profited from the evil of slavery must participate fully in this work.”