St. Paul Parks and Recreation Board opens pool ahead of schedule after sweltering conditions

The pools are closed during this week, but will re-open this weekend. 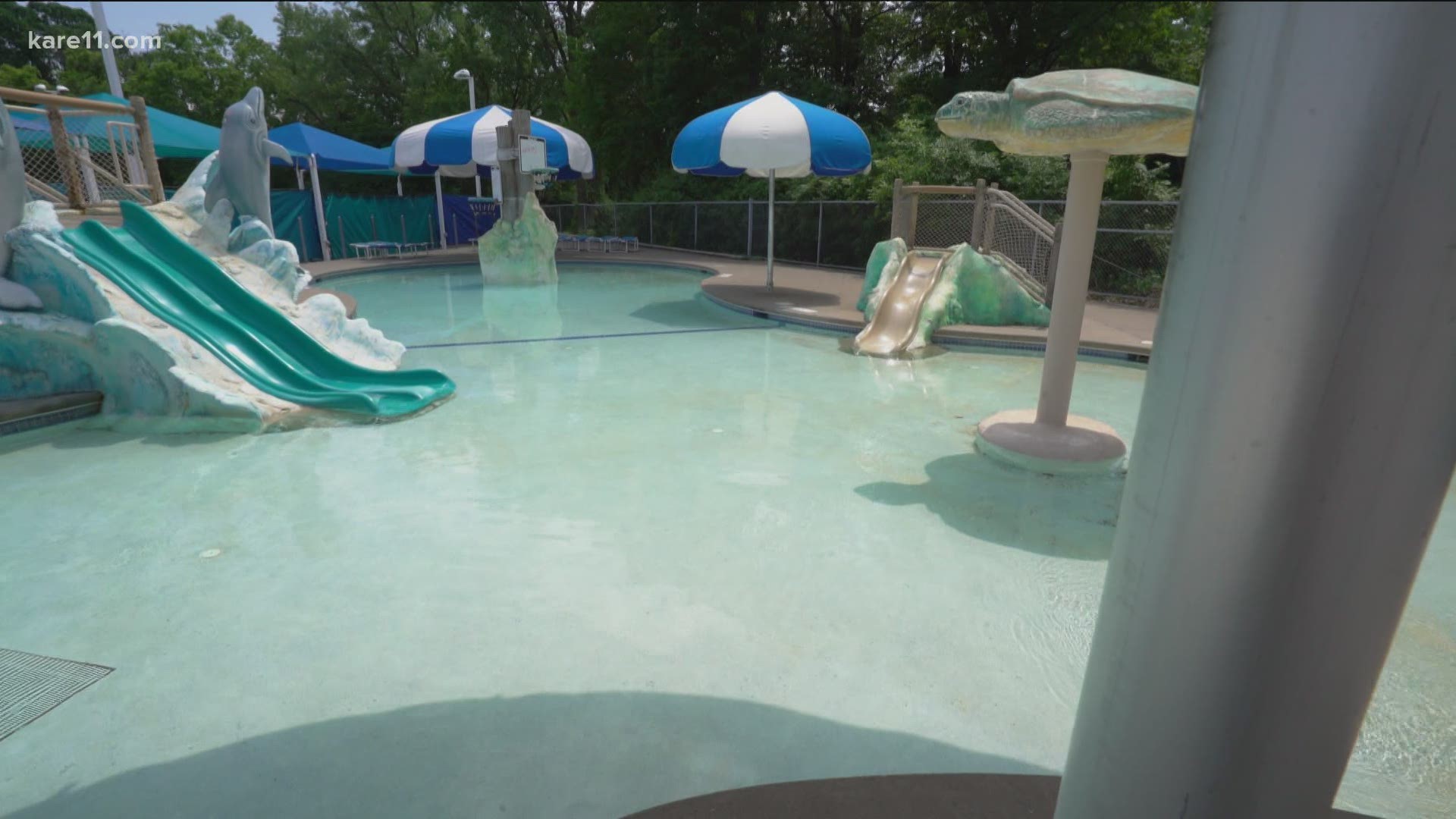 ST PAUL, Minn. — It's the time of year when many of us look for a chance to escape during the warmer weather. However, when it gets to extreme temperatures, things can take a dangerous turn.

Heat exhaustion, heat strokes and water emergencies are all now a part of our discourse again since summer has arrived.

There have been several drownings over the past few weeks, and at least two more over the weekend.

Sunday, a man was trying to save two kids at a lake in Fridley when he went under. Divers eventually located him, and he died overnight in a hospital.

In North Mankato on Saturday, a 9-year-old boy died after being pulled from a city pool.

On Friday, a child snuck into a Minneapolis pool that was closed and is still in the hospital in critical condition.

In light of all of this, folks running parks departments in different cities say they're trying to strike a difficult balance.

Providing a cool off is essential during the heat, but safety remains a top priority as people start to make their way back into the water.

RELATED: As temperatures heat up, experts offer tips on how to stay safe on the water this summer

"It's super important to get some reprieve from the heat and the best reprieve we could offer was some swimming here at Highland Park Aquatic center," Dwan Lucas said. Lucas is the St. Paul Parks and Recreation board's Aquatic Facility manager.

He said the summer heat beat the park board's pool opening plans. They opened this past weekend to provide people with a place to cool off, a week ahead of the original opening schedule.

"A normal day here, [we would see] like 300 I would guess?" Lucas said. "Some of our other sites do bigger numbers, on an every day basis. This past weekend was a really jam-packed weekend. We hit capacity on Saturday and we were teetering with it Sunday. It was really hot and also we haven't been open for over a year."

Absence has made the swimmers' hearts grow fonder. Unlike many places around the country facing lifeguard shortages, Lucas said they've been good to go, thanks to great retention.

"You have to first be a good employer to have good employees and I think that the City of St. Paul does a good job with adhering to the needs of their employees," he said. "And making sure that I have the tools I need to get out and recruit with my management team. We have good connections with St.  Paul schools, St. Paul sports."

RELATED: High demand for swimming lessons this summer, but finding instructors to teach them is a challenge

That makes it possible for them to staff early openings and to ensure the community has at least one outlet to cool off.

"Just give a different avenue for people who don't have an abundance of wealth," he said. "To be able to have a pool at home or run their water hose all day, to let people play in the water and that can get expensive too."

Equity and ensuring access are also something the park board is constantly working on.

"In our indoor facility we offer a scholarship program, we are often gauging the price of the swim lessons with the rest of the industry trying to be competitive, but also taking pride in being the cheapest," Lucas said. "If you don't know how to swim, I suggest you take a safety course."

"And if you don't have that capability and you are around water, please wear a life jacket," Lucas added. "It's super important. No one wants to read or hear about a drowning and that's preventable."

You can find information on how to find swimming lessons via the St. Paul Parks and Recreation Board here.

For Minneapolis, you can find out the statuses of the different public pools here.