Every college is coming up with its own plan for the fall semester but a new study recommends frequent testing for a safe return to campus. 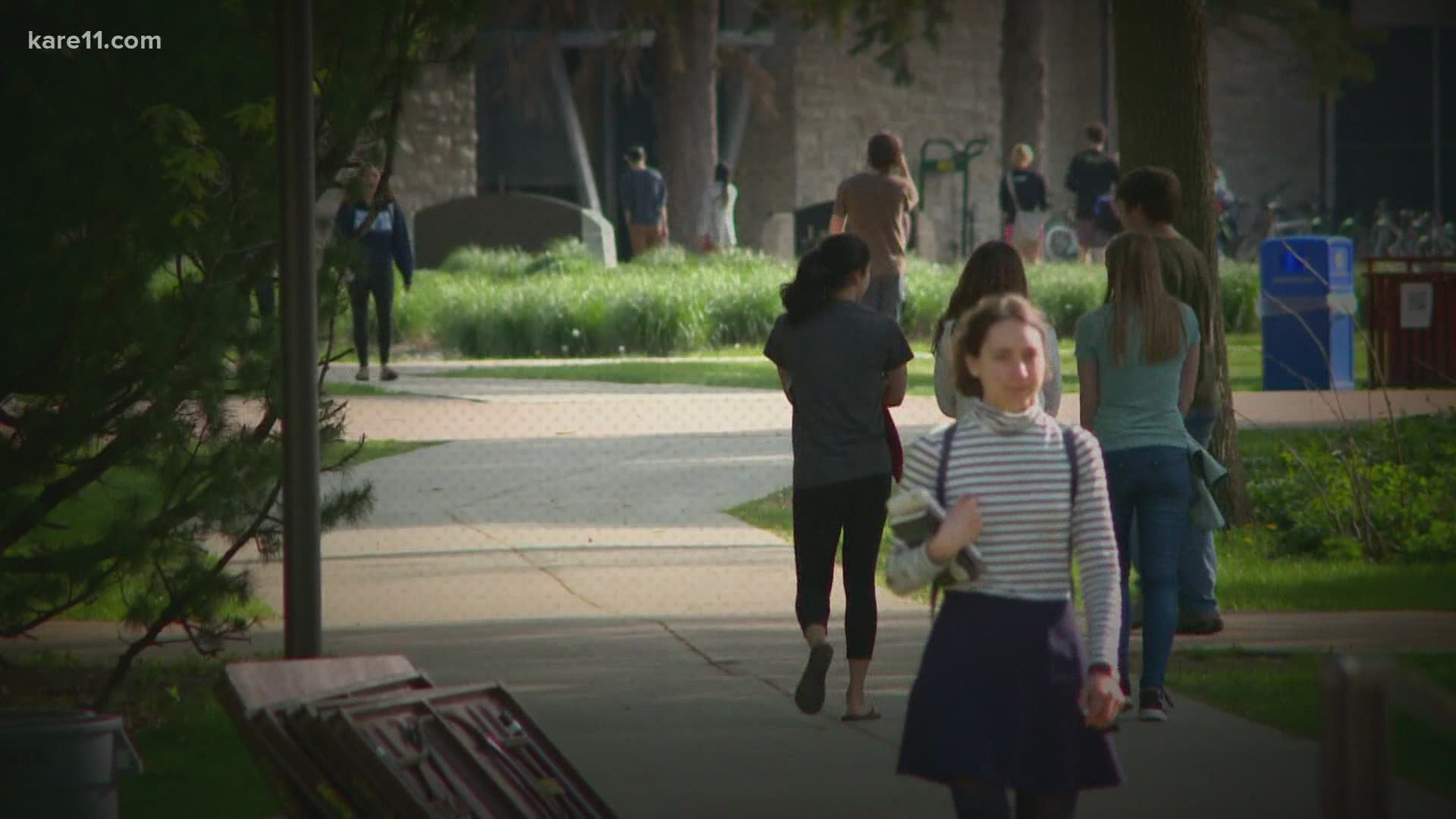 A new study recommends college students get tested for COVID-19 every two days in order to permit the safe reopening of college campuses in the U.S. this fall.

The modeling study looked at a scenario with 5,000 students on campus, 10 of them asymptomatic with the virus at the start of the semester.

"What we found was that there is a safe way for students to return to college in the fall and the key element to the plan is screening for SARS-CoV-2 at high frequency every two or three days using a rapid, inexpensive test coupled with strict adherence to social distancing and other basic prevention practices," said A. David Paltiel, a professor at the Yale School of Public Health and lead author on the study.

RELATED: Most classes at U of M will be remote or online this fall

While the study recommended testing every two days, Paltiel said universities may take other things into consideration such as location and how successful they are at screening students on the way in.

Paltiel said they looked at many variables involved in testing.

The study found that symptom-based screening alone would not be sufficient to contain an outbreak.

"We explored thousands of scenarios and we failed to find even one plausible circumstance under which that strategy of just waiting until you see symptoms would be sufficient to contain an outcome and the reason... is because of these silent spreaders," Paltiel explained. "The analogy we've been using is that a school that tests and responds only when symptoms have been observed is like a fire department that responds only to calls when the house is already known to have burnt to the ground."

While the study focused on students, many more people make up a college campus.

"We all hope and pray that everything will be fine but if there is an adverse event, the consequences of that will be borne disproportionately not by the students but by the other members of the university committee, the dining hall workers, the custodians, the faculty, the people who live in the surrounding area," Paltiel said.

The model projections were for an 80-day, abbreviated fall semester. The study estimates screening every two days would cost $470 per student per semester.

"We are setting an exceptionally high bar. The recommendations that emerged from our analysis are logistically complicated, they are financially burdensome and they may be very psychologically difficult for many universities and students to adhere to. But I want to be clear that just because what we're saying is not easily implemented and may not be practical, doesn't mean it isn't important," Paltiel said. "Any school that doesn't think that it can adhere to at least the minimum screening standards and vigilant adherence to social distancing, really needs to ask itself if it has any business reopening."