Supreme Court sides with cheerleader who 'expressed' her anger

Whether you like it or not, the f-bombs in this case were protected under the teen's First Amendment rights. 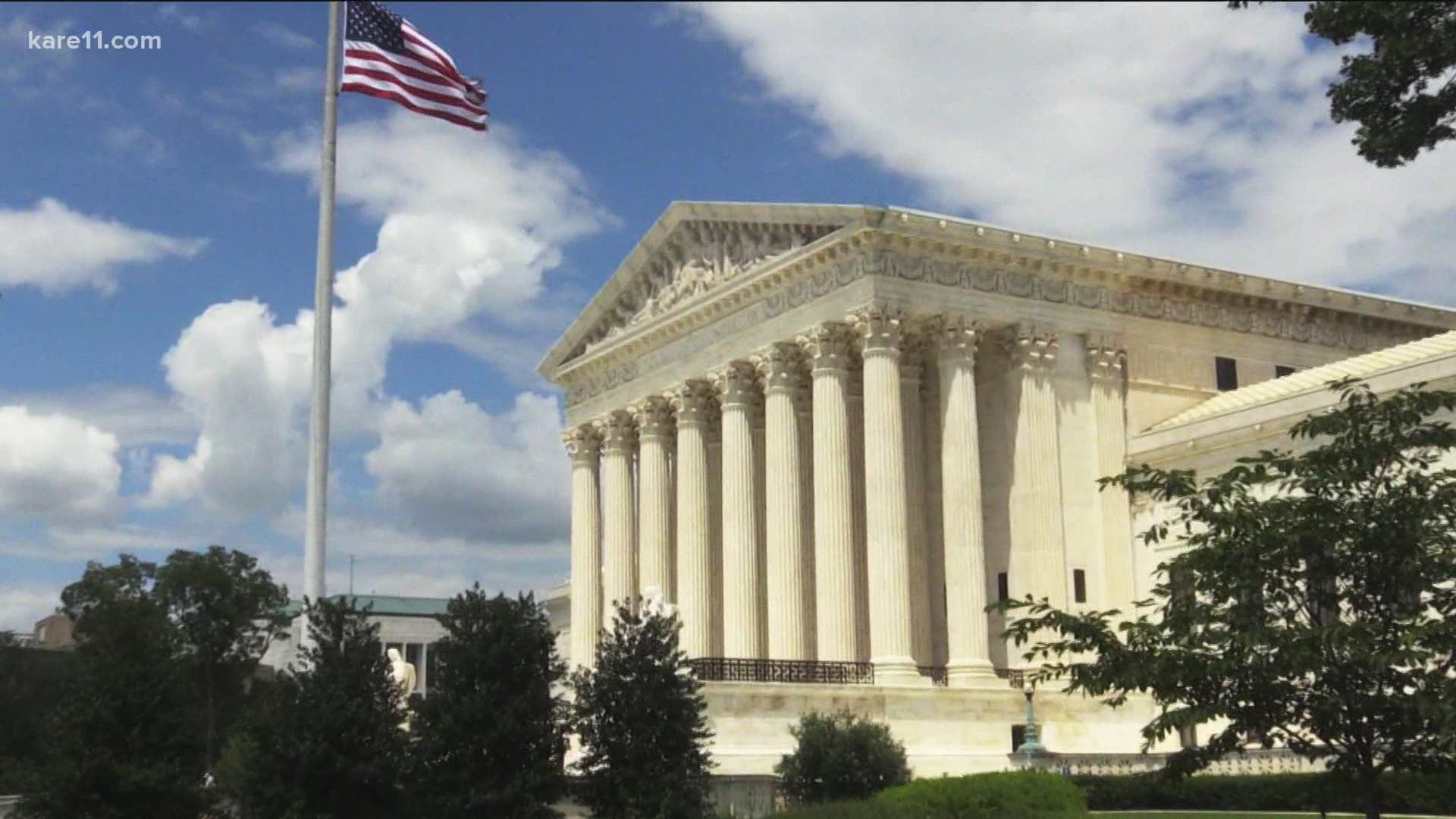 MINNEAPOLIS — It is June, and 'tis the season of Supreme Court opinions.

"They hand down all their major opinions these last two weeks of June," Supreme Court expert and University of Minnesota professor of law Tim Johnson said.

This time around, there's a case that involves First Amendment rights.

It deals with a then-14 year-old Brandi Levy, a junior varsity cheerleader who was upset she didn't make varsity.

"She then went home and made a Snapchat that weekend with a friend of hers, where they raised their middle fingers," Johnson explained. "And said some choice four letter words to the school, to cheerleading, the sport in general, because she was unhappy about the decision that had been made about her."

That landed Levy a suspension from the JV team, which led to her parents suing the school district. Years later, she won.

"The U.S. Supreme Court in that 8-1 decision handed out this morning pulled back a little bit and didn't say that the school was absolutely impotent to stop a students' speech that might be harmful to the school but that it generally doesn't have the power to do so," Johnson said.

That is, unless the speech is disruptive to the classroom environment.

"If she had done this and yelled the words in the hallway, then the school would have been well within its power to suspend her," Johnson said. "Not from the team for a year, but from the school for a couple days, or for a week."

And just how did something seemingly so trivial, get to the Supreme Court?

"The ACLU got involved, and when you get a big scale interest group like the ACLU getting involved, you have a much easier time getting your way to the U.S. Supreme Court," Johnson said. "Empirically, you have less than one percent probability of getting your case to the supreme court, but when you get an interest group involved like the ACLU, that probability jumps well over 25%."

Is this kind of a commentary on what a litigious society we all live in?

"It says that," Johnson said. "That people will sue at the drop of a hat. On the other hand when it comes to a right that is as important as freedom of speech I think that parent and kids scholars, the media – I think everyone understands, the bedrock right that upholds every other right in the U.S., is freedom of speech. That  right to call out government, in this case the government was the school admin or in fact, the coaches who decided to not put her on the team. We would not argue the merits of whether she ought to have made the team or not but what we can argue is the merits of whether she has the right to clap back if you will."