The non-profit service has become a lifeline for many teens during the COVID-19 pandemic. 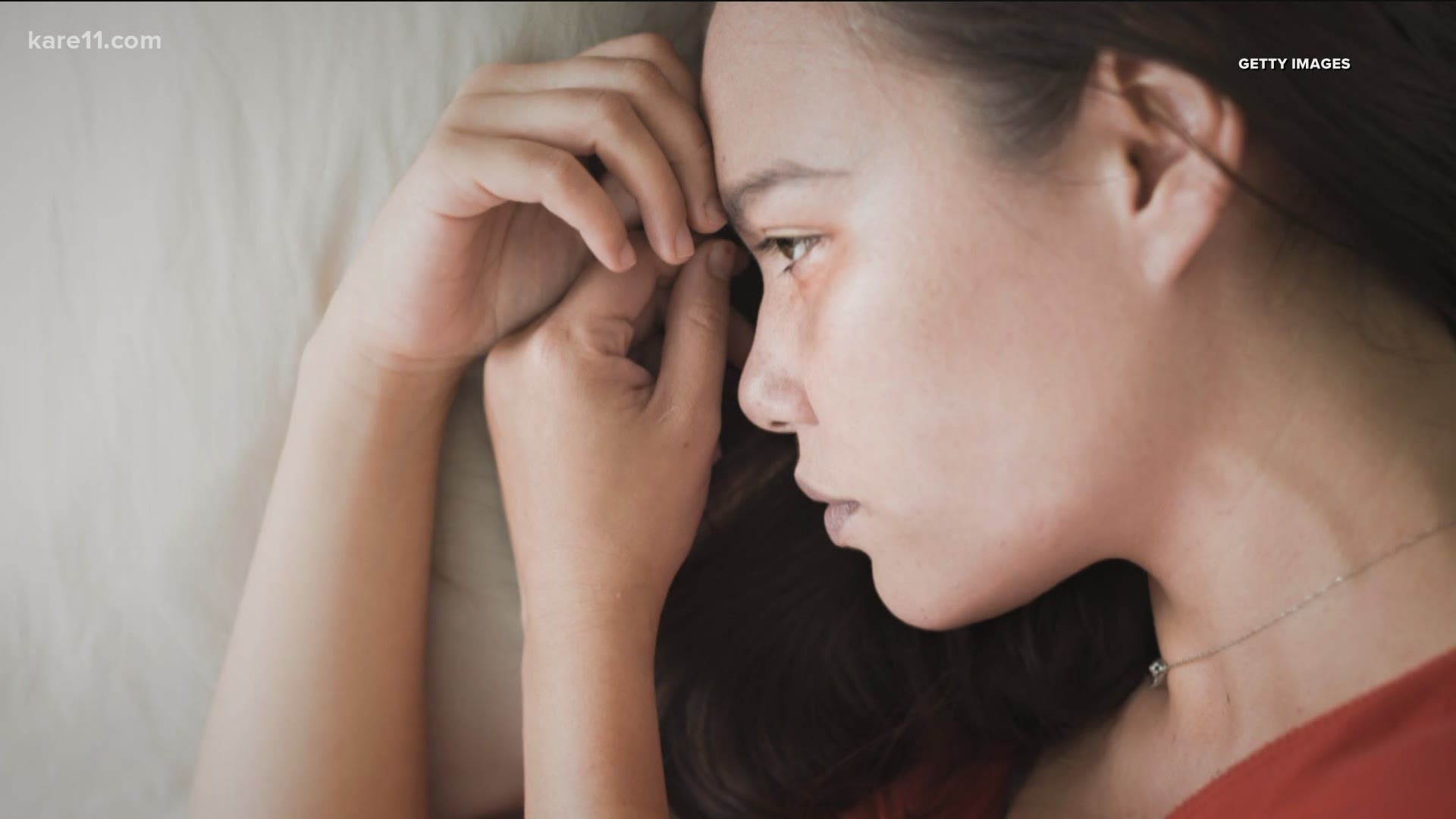 The emotional toll of the pandemic is showing: our teens are struggling with mental health.

Many have sought out counseling in the traditional sense, but sometimes that wait list is long. Other times, it's just not accessible.

How do we bridge that gap?

One way is a teen text and phone line.

"It doesn't have to be a crisis," said Michelle Carlson, executive director of Teen Line. "We encourage kids to call early, when they are young, to talk about whatever they are sort of burdened with, with somebody who understands another teen."

While the line has been up and running for 40 years, open to any kid who wants to connect, it has never been the lifeline that it is now.

"We are seeing huge increases in terms of anxiety and depression, that's up about 30% ... family issues up 45%, loneliness is up 40% and suicide is up about 20% comparted to last year," Carlson said.

Lexi is the one of the people on the other end of the line, hearing or getting the texts that make up those statistics.

"Since the pandemic started, a lot more calls about loneliness and isolation," she said. "Just feelings of depression and self harm problems are kind of, I think, worsening right now."

Teen Line is mirroring the national trend. This past summer, the CDC reported 26% of 18-to-24-year-olds were having serious thoughts of suicide. For context, those who are 45 and older reported feeling that way at less than 4% of the time.

ER visits for mental health reasons for teens were up 31% in 2020, compared to the year before.

"As adults, we can rationalize that we know there will be an end to this, but I think when you are at that age it feels like forever," Carlson said.

If you are worried that the teen on the other end of the call or text is going to try to fix you, don't. The rule is more to listen, not fix.

"Just the power behind just listening to someone and empathizing and just seeing them and just recognizing their problems, because that's what we all need right now," Lexi said. "We are not supposed to give advice. There is so much good that just is being a friendly person on other end of a phone."

There's also no problem too small - you can call over burning eggs or a bummer TikTok -- or any problem too big, like a rotten home life, or feeling like you can't feel anymore.

"We are also so available to listen to teens that are just feeling alone and need someone to talk to."

Teen Line is open from 8 p.m. to midnight CT:

MORE FROM BTN: 'Do you have what you need to survive tonight?' Group helps homeless during winter

MORE FROM BTN: North High's coach keeps it True North no matter what