The Biden Inauguration: Unprecedented and traditional

The ceremony will still feature performances by Lady Gaga, Jennifer Lopez, Justin Timberlake and Jon Bon Jovi. It will also include the critical inaugural address. 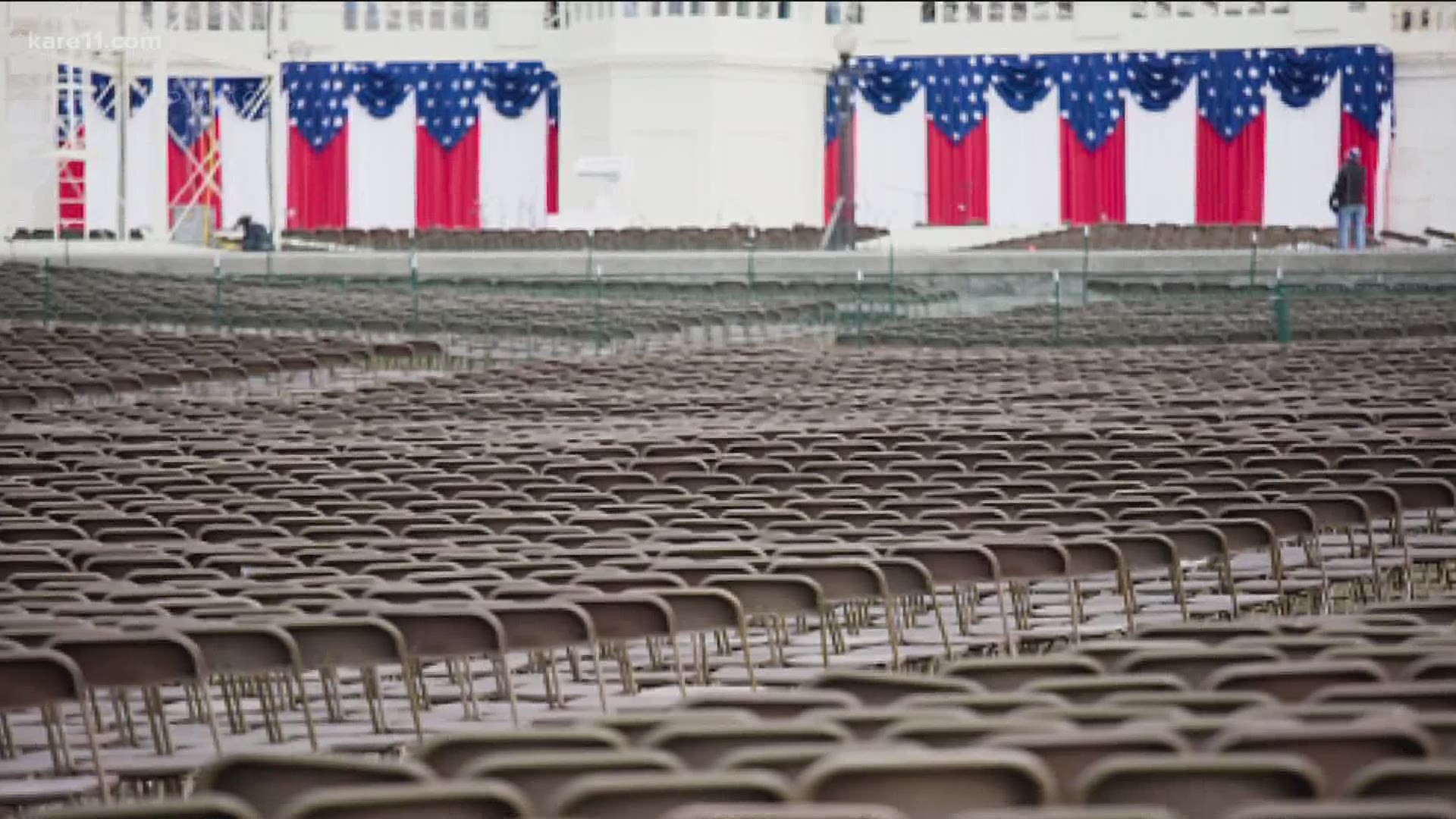 MINNEAPOLIS — With just six more days until President-Elect Joe Biden takes his oath of office, the country is preparing for, yes, an unprecedented inauguration.

This year, the pomp and circumstance will be scaled back in light of COVID-19 and security concerns. But the ceremony will still feature performances by Lady Gaga, Jennifer Lopez, Justin Timberlake and Jon Bon Jovi. And it will still include the critical inaugural address.

And that speech has never been more important, according to University of Minnesota Political Science Professor Larry Jacobs.

“It allows the president-elect to tell the country and the world, here are my values. Here’s where we’re going to be going as a country. And I think particularly now, after last week and the invasion of congress, we need a president who’s going to stand up and say, ‘I’m in control and we will be moving forward,’” Jacobs told KARE 11’s Karla Hult.

The U.S. Constitution calls for the inauguration. But it was the 20th Amendment – ratified in 1933 – that changed its date: from March 4 to January 20. That same year, the country was dealing with the devastating impacts of the Great Depression.

RELATED: Inauguration Day 2021: What we know about the plans so far

“The country was absolutely flat on its back. You had millions of people out of work, homeless and hungry. And we couldn’t get FDR [Franklin Delano Roosevelt] inaugurated,” Jacobs said.

In recent decades, administrations have added their own touches and content to the ceremony. And clearly, Jacobs notes, Biden will do the same as he assumes leadership at a time of great national challenge.

Bottom line: this inauguration may be unprecedented, but you can expect a familiar tone of tradition.

“The key part of this though is that President-Elect Biden will be taking the oath of office, in public. There will be the media there. It will be broadcast to Americans and around the world. That is the key moment, and it signifies that we have a new president,” Jacobs said.