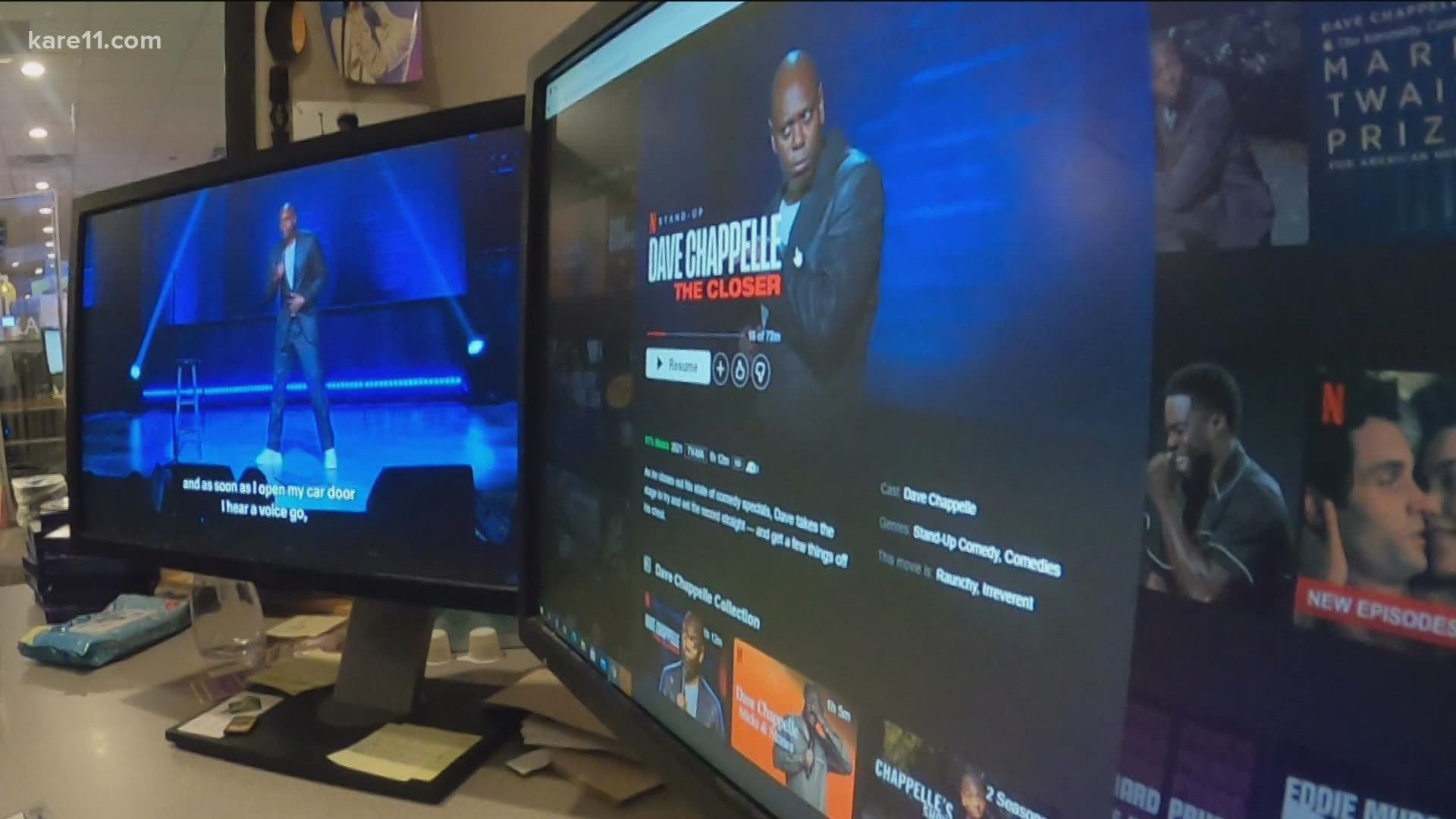 MINNEAPOLIS — It's clear in his newest Netflix special "The Closer," Dave Chappelle is not shy about sharing his takes.

"This thing I'm describing is a major issue that I have with that community," Chappelle said in the special. "Gay people are minorities until they need to be White again."

"I've been watching Dave for 20 years, so to me it's not just this special, it's a piece of his body of work," comedian Greg Coleman II said.

Coleman said when you're in the industry, you watch industry work differently.

"Same way you watch news, and watch other reporters," Coleman said. "You see the tricks you see the set ups, the expectations that are coming, when he's doing stuff like, (saying) 'I'm going all the way,' it's little tricks to let people know I'm going to push it."

Coleman says "going all the way" is not every comedian's style. But it has been Chappelle's since he started.

"I'm saying there was some truth to it, a lot of people want to overlook coming from his standpoint," he said. "Would I have said it the way he said it? Probably not, but there's some stuff in there where I'm like, I get it, I understand that."

Op-Ed columnists like Roxane Gay have pointed out that Chappelle is pitting one minority group against another. She has called Chappelle's ego brittle.

"I mean, it's not he's pitting them against each other, it's been American media, it's been us, everybody else, saying 'Oh, you guys are minorities, you guys have to stick together, yeah,'" Coleman said. "He's got some truth, validity in that, there are folks who share those communities Black community, LBGTQ communities crossovers and a lot of them have been like Dave's not lying."

And to the criticism that Chappelle is punching down while doing something everyone else is doing doesn't make it OK, Coleman says punching down happens everywhere.

"It happens across all different platforms." he said. "It's not just standup, not just music. It happens in society, it happens in economics. There are bigger things we could be focusing on, effort on, that affects us, but it's there, it's gonna be out there you don't have to watch it."