The corn trail is real and it's here in Minnesota

Have you seen the viral photo of corn kernels perfectly lining railroad tracks? Turns out, it exists and is right here in Minnesota. 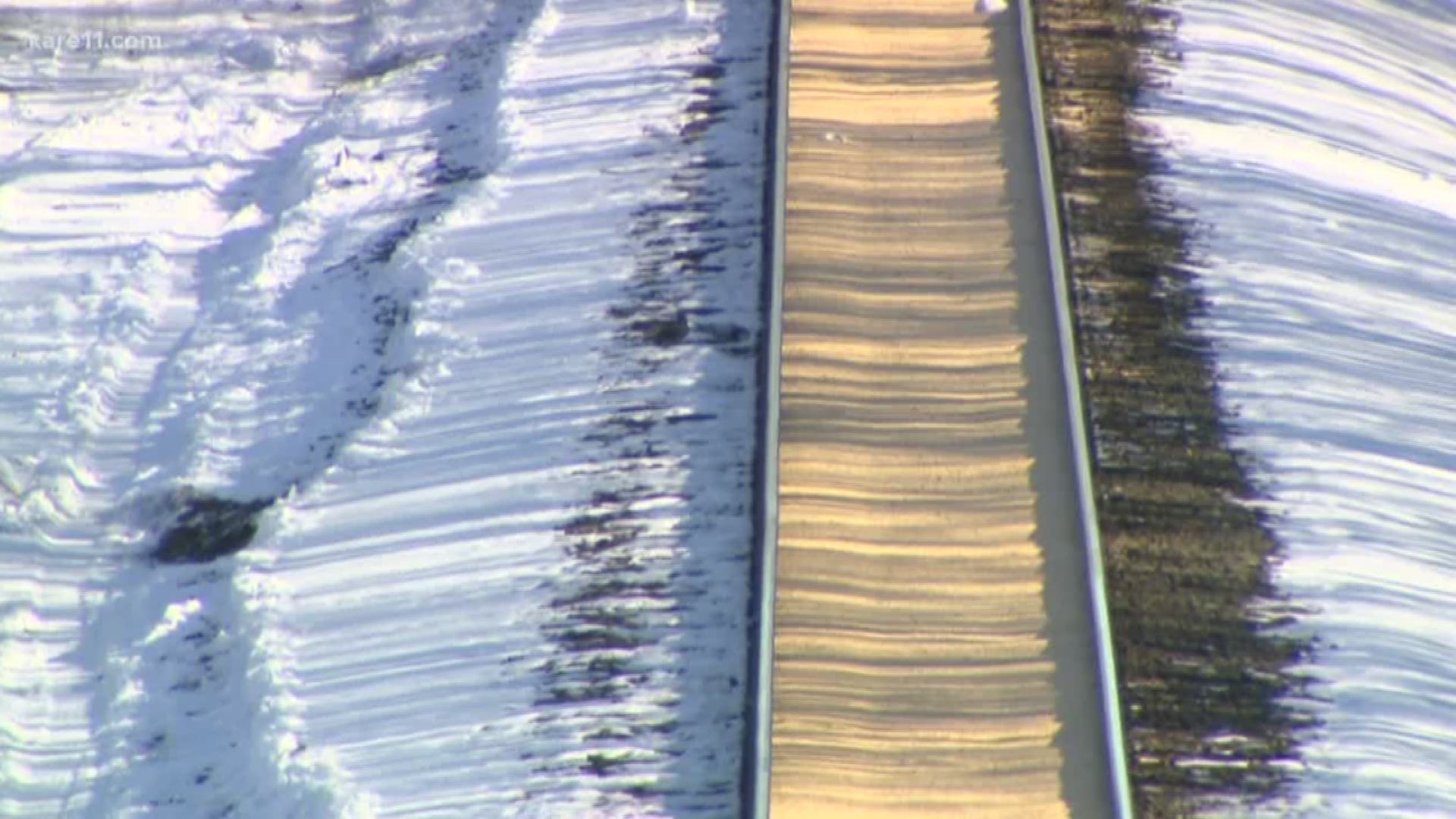 CRYSTAL, Minn. — First of all, we're not going to reveal the location of the corn other than the city. The mysterious corn trail exists in Crystal, Minnesota. This is because we want to prevent curious people from investigating the corn themselves. Approaching railroad tracks is not only considered trespassing, but also dangerous.

According to Operation Lifesaver, a non-profit organization and nationally-recognized leader of rail safety education, 262 Americans died in 2018 from train collisions.

Now that the important information is out there, we've got to address the oddly beautiful sight that corn can create on railroad tracks.

The way the yellow pops on a gray Minnesota winter day looks spectacular, but if you think about it a bit more, it's really odd.

Even for someone like Laura who lives right next to the spillage. She said she's been living there for more than 30 years.

"You know you get used to it because it's rhythmic," she said, referring to the noise coming from the trains.

The train and its tracks have been a part of her daily life for years. She said she took her neighbor's dog out for a walk on Sunday towards the tracks, because she said that's where the dog likes to go.

"So we just crossed the tracks and she did her business and came back and yeah I had to step in it, it was a few inches deep at least," she said, describing the corn. "You know like my boot here, it probably sunk in that deep at least!" She pointed to the ankle line of her boot.

She said she has never seen anything like this before.

"I've seen where they've lost a little bit but not that much," Laura said. "I said that had to be a whole load!"

A lot of people were quick to point out on Twitter and Reddit that the animals, especially deer would have a heyday.

"Yeah a free feast if they knew about it!" Laura said with a laugh.

Unfortunately, for those seeing the free feast, a clean up crew from the railroad company said they are aware of the spill and will be clearing the railroad.

Laura said she hopes at least the farmer would benefit from this.

"I hope that whoever the farmer was got paid for it because it's not their fault," she said.

MORE FROM BTN: From Hollywood to Minnesota: Rapper Master P settles down in Twin Cities

MORE FROM BTN: Minnesota is slow to grow. What does it mean?