The new food hall concept aims to make it easier for emerging chefs to get started on their own. 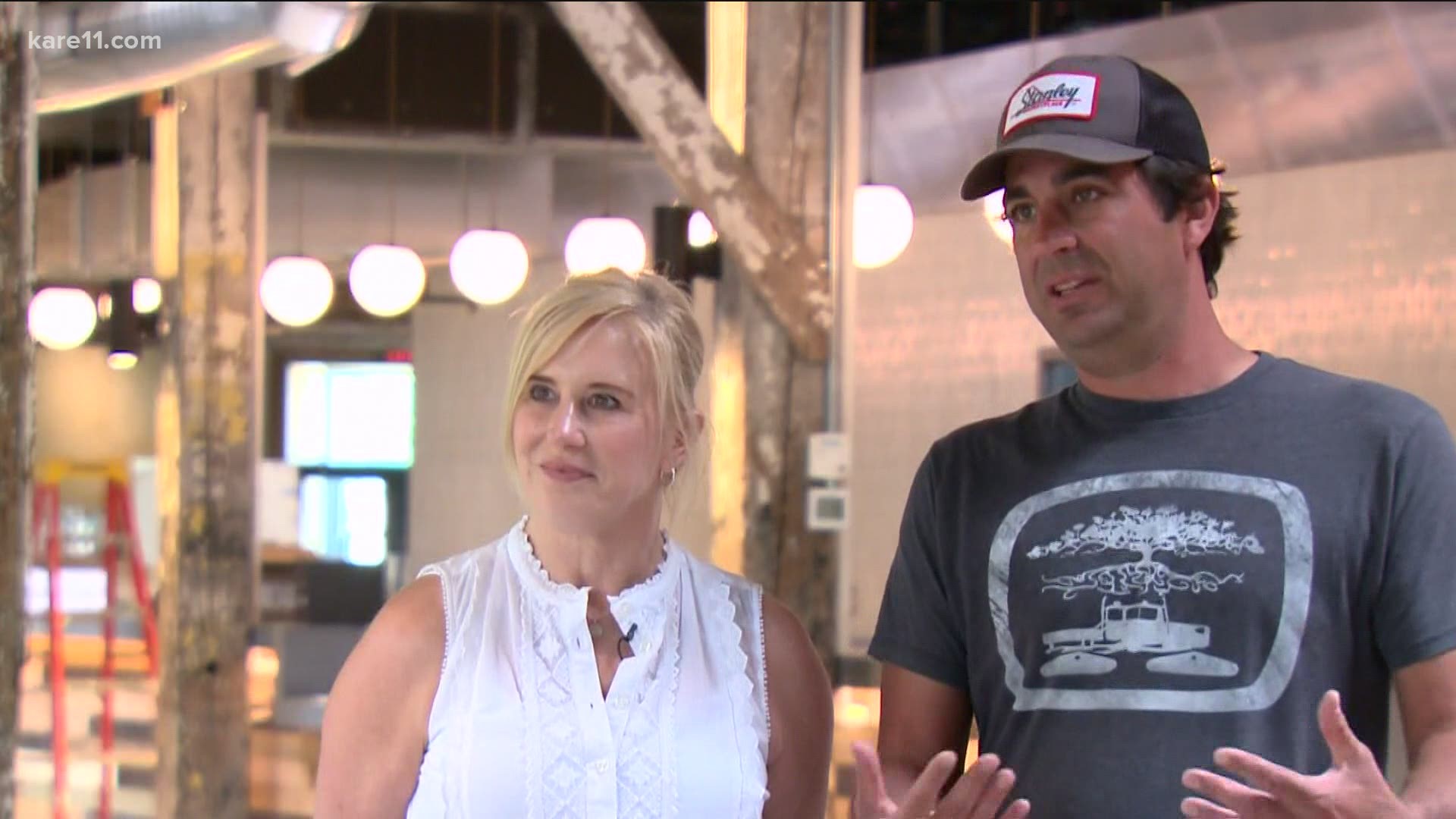 MINNEAPOLIS — Despite an incredibly difficult year in the restaurant industry, a new food hall will soon open its doors in Minneapolis, offering a new platform for emerging chefs in the process.

For the owners of The Market at Malcolm Yards, which is set to open in Minneapolis' Prospect Park neighborhood in early July, the pandemic was just the latest in a series of hurdles they've had to overcome.

Even the renovated machine shop, which The Market at Malcolm Yards now occupies, was nearly destroyed in a massive fire back in 2016.

Instead of tearing the building down, owners Patricia and John Wall, stabilized what was left of the old, abandoned brick building and salvaged all the history they could.

"I mean, this was a machinery building, so essentially, you could see all the old railings throughout," Patricia Wall said. "We kept some of those and we pulled some out for the construction and we're going to bring them back in, and we're repurposing a lot of the materials."

After four and a half years, and several delays due to the pandemic, the Market at Malcolm Yards, which is located next door to Surly Brewing and the new O'Shaugnessy Distilling Company, is about to open as a food hall and event space that embraces its colorful past.

"They came up with the idea of putting all the original blueprints on the walls," Patricia Wall said, pointing out the wallpaper in one end of the hall. "To give a little bit of a feeling of the history of what the building was in this part of the food hall."

When it comes to the food hall concept itself, the Market at Malcolm Yards will feel quite different from the popular Keg and Case Market in St Paul, thanks to a concept Mark Shaker developed in Colorado, which relies on an RFID card for all of your purchases, regardless of which vendor you visit.

"For lack of a better term, it's like a Dave and Buster's card, where you can go walk around and use it on all of the different food and beverage concepts throughout the facility," Shaker said. "You tap it at the point of sale system in there, you place your order but you don't close out that transaction."

And all you'll need to do is tap the card for access to the nearby beer taps as well.

"We'll have 32 taps at our self pour wall," Shaker said. "That will be a combination of beer and wine. You tap your card on the screen, it gives you ten seconds, you then pour until you're done."

Shaker says the technology will save everyone time, including vendors, which is part of food hall's bigger mission.

"Our business model is based on lowering the barrier to entry for really talented chefs," he said. "Having the world shutdown gave them the impetus to say, 'You know, I'm going to go open my own thing. I want to do my own concept and chase a dream."

So far it's working. The Market at Malcolm Yards has attracted nine chef's set to serve a diverse menu.

"We worked with each of the different chefs to customize their equipment," Shaker said.

That's been a big draw, especially after the pandemic, when building out a custom kitchen can be the difference in a chef realizing their dream.

"They can come in with their knives and food and a small amount of money out of pocket to really get their concepts up and going," Shaker said. "What the Market at Malcolm Yards will do, is allow really good, talented chefs to just chase their dream."

And it's all thanks to a dream ignited by a fire, that not even a pandemic could extinguish.

"All of the delays have allowed us to just come out stronger," Patricia Wall said. "We thought, you know, once we get to the tail end of this, this could be a really good time to open."