The world knows his name now, but George Floyd made history before ever moving to Minnesota 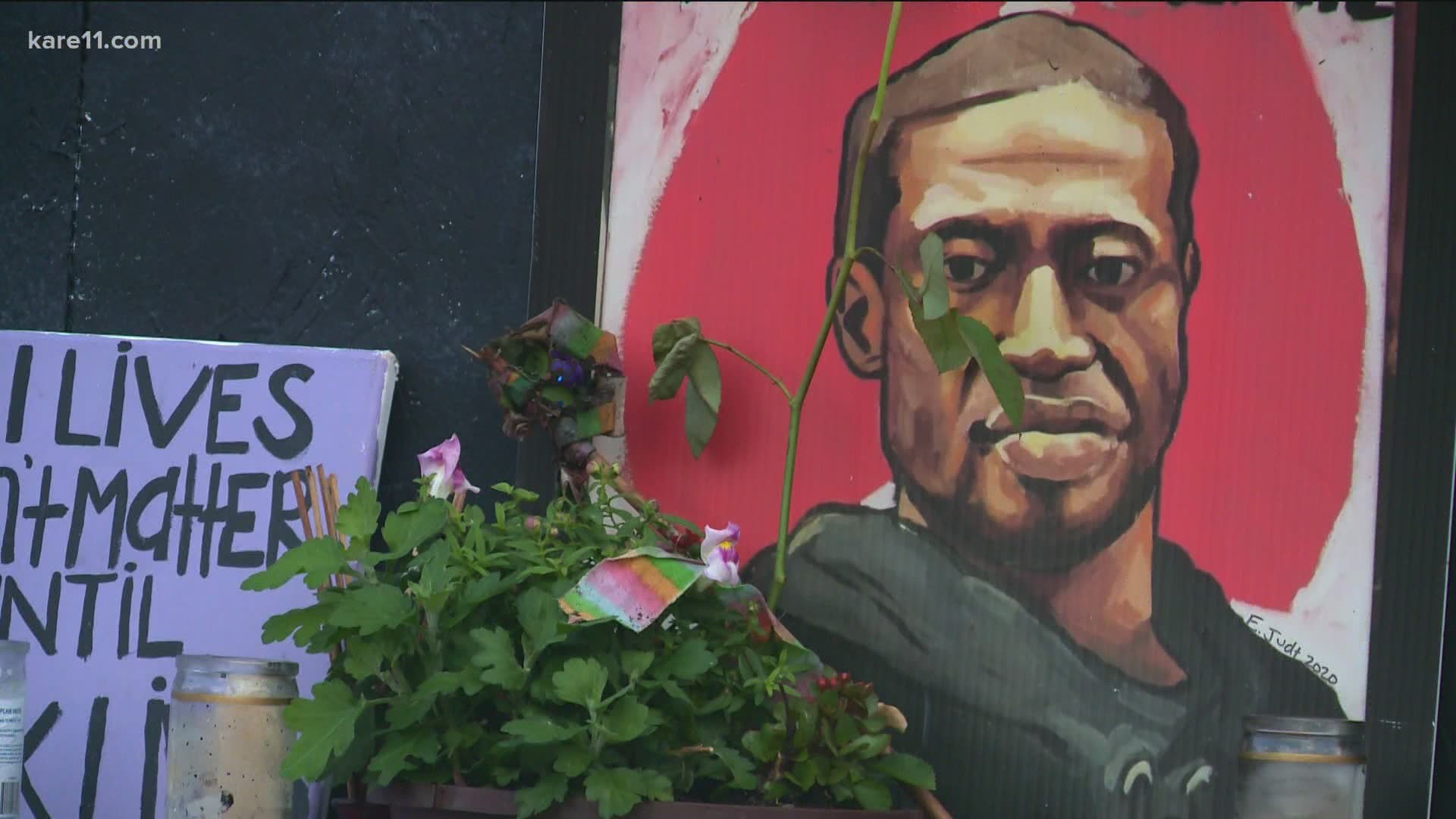 MINNEAPOLIS — People come to the intersection of 38th and Chicago for George Floyd, even though most of the visitors never met him.

“I didn’t have to know him,” said another.

They come, because of how he left.

“It’s just a tragedy all the way around,” said one person at 38th and Chicago.

“It was inhumane,” said another.

“I think that was wrong,” said a visitor who comes daily.

His friends called it screwed up.

“Well, it is screwed up,” said Reggie “Bird” Oliver, a childhood friend of George Floyd.

A sign that popped up at 38th and Chicago read, “Screwed up 4 life,” but it wasn’t commenting on Floyd’s death.

“Screw love. That’s what it is,” explained Houston music artist Will-Lean, a friend of Floyd’s. The sign had to do with a DJ.

It referenced the Screwed Up Click, named for the late DJ Screw. In the mid-90’s Screw brought music artists from all over Houston together, and he gave them a unique sound. Screw became famous for slowing entire songs down, and sometimes chopping the verses up. It’s a style now known as Chopped and Screwed. The Screwed Up Click consisted of groups and solo artists.

“We were a coalition of different dudes from different neighborhoods,” said music artist Trae That Truth.

Trae Tha Truth shared a story about how when he was banned from the radio, many people didn't want to be associated with him. Floyd spoke up to support him. @TRAEABN pic.twitter.com/ubjTrr4Akt

Will-Lean rapped with a group called the Botany Boyz. They were the first group from the Screwed Up Click to release an album.

“Let me turn the lights on for you,” Will said via Facetime, “His infamous turn tables right here.”

From inside DJ Screw’s record shop, still run by his family, Will showed off DJ Screw’s turntables and music library. The power of music brought all the artists together.

“We were having the time of our lives doing what we love, and it just so happened to do that,” said Lil’ O, an original Screwed Up Click Member.

These guys all know George Floyd. He was part of their music scene, mostly as a friend and supporter. Except they call him by another name.

“A good positive burst of energy,” said Los, another Screwed Up Click member.

“We had to get it out of him, but he started some nice freestyles. I didn’t know Floyd had it in him,” said Bird.

“He do his thing,” said Will-Lean.

“It’s Big Floyd hollering. Home for the weekend. Then I flip back to college,” Floyd recorded.

His recordings have surfaced in YouTube. The mixtapes DJ Screw made are known as Screw Tapes.

“It’s like the equivalent of a lady buying some Loubotons, or a Gucci bag. It was a big deal,” Lil O’ explained the significance of landing on a Screw Tape in Houston in the mid 90’s, “It was bragging rights.”

“Coming down the sand, trunk beating like a band,” Floyd recorded on another song.

“You can see how much joy it brought him,” explained Will-Lean.

To Floyd it was just a hobby, but he was still part of a group that changed music when they united.

“When you have some of the top people from every hood together as one that makes the whole city more powerful,” said Trae Tha Truth.

Floyd has been talking it about for decades.

“Everybody gotta stick together,” Floyd rapped in the mid-90’s.