The team says it will increase attendance beyond 10,000 fans starting Friday, but the ramp up to 100% capacity will take place over the next couple of months. 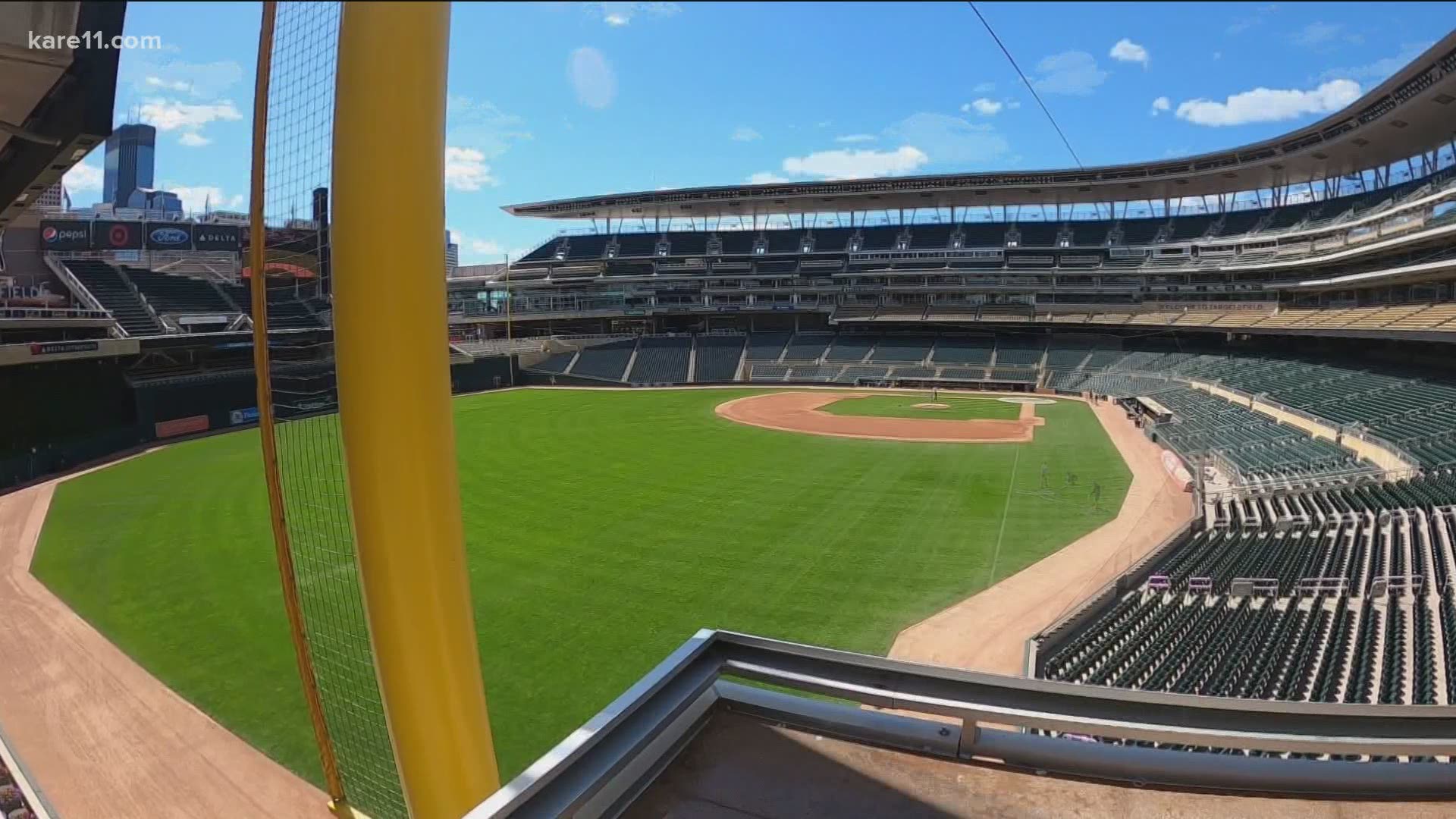 MINNEAPOLIS — From the rainy, COVID constrained home opener, to the lackluster early season record, it's been a slow start to the Twins season. But on Tuesday the sun was shining on Target Field and staff spent the day removing the spacing signs and zip-ties used to block off seats.

"The CDC guidelines say, you know, it's best to be outdoors and obviously a majority of this building is outdoors," said Matt Hoy, the Twins Senior VP of Operations.

Hoy says the team is busy making space for more than the current 10,000 fans starting with the next home game on Friday, but that doesn't mean they'll be going to full capacity any time soon.

"We're going to take a cautious approach, just as we have all along here," Hoy said. "We're going to ramp up. We will see a progression of increased attendance over time here as we come into the summer."

Details on exactly how many tickets will be available for each game will come Thursday morning, and even though there will be zero zip ties blocking seats, he says safe COVID-19 spacing will still be a central strategy.

"People will be assigned seats and they'll be expected to stay in those seats," Hoy said. "We're still going to provide distancing between the pods."

And if you're hoping to sit with more than the current, four-person maximum for each pod, the team will be adding some modified group options for the first time this season.

"If you're part of the same group, we'll give you a specific area, but we'll also provide enough space in there so that people can distance within those groups," he said.

For tighter spaces and indoor areas within the ballpark, Hoy says the team will continue it's distancing strategy.

"We'll still have the distancing markers as you come into the restrooms," he said. "We have digital ordering off the Ballpark app, where you can order your food and it will give you a time to come back and pick it up at the ballpark concession stands. All the drink rails, everything that you see have the reminders here to distance yourself, but there will still be a ton of room here until we get to 100% capacity. Hopefully by the time we're out to July 4th and the middle of the summer, we're up to 100%."

For now though, both Minnesota and Major League Baseball still require all fans to wear masks. Hoy says they're also asking fans to respect each other's space.

"There are differing opinions in every walk of life, in every family unit, in every business, and so while we want to get as many people in here as we can to cheer on our team and have a great experience, we want to make sure that people feel safe," Hoy said. "Providing ways to do that and to come back gradually into the ballpark is the approach that we've taken."

And they hope that approach will bring more life to the ballpark, as well everything beyond it's fences.

"If we can be part of the revitalization and the reopening of downtown, particularly, all the bars and restaurants in the Warehouse district, if we can be some small positive benefit to them, and getting more people outside and back to any form of normalcy, it's what we've all been striving for for months and months and months here," he said. "So the fact that we're able to be part of it is very exciting."

Because so many downtown businesses have yet to return to the office, the Twins have partnered with the downtown ABC and Hawthorne ramps to offer ticket holders a discounted parking rate.