Employees of Stilheart Distillery and Cocktail Lounge and Lawless Distilling made the announcement on Labor Day. 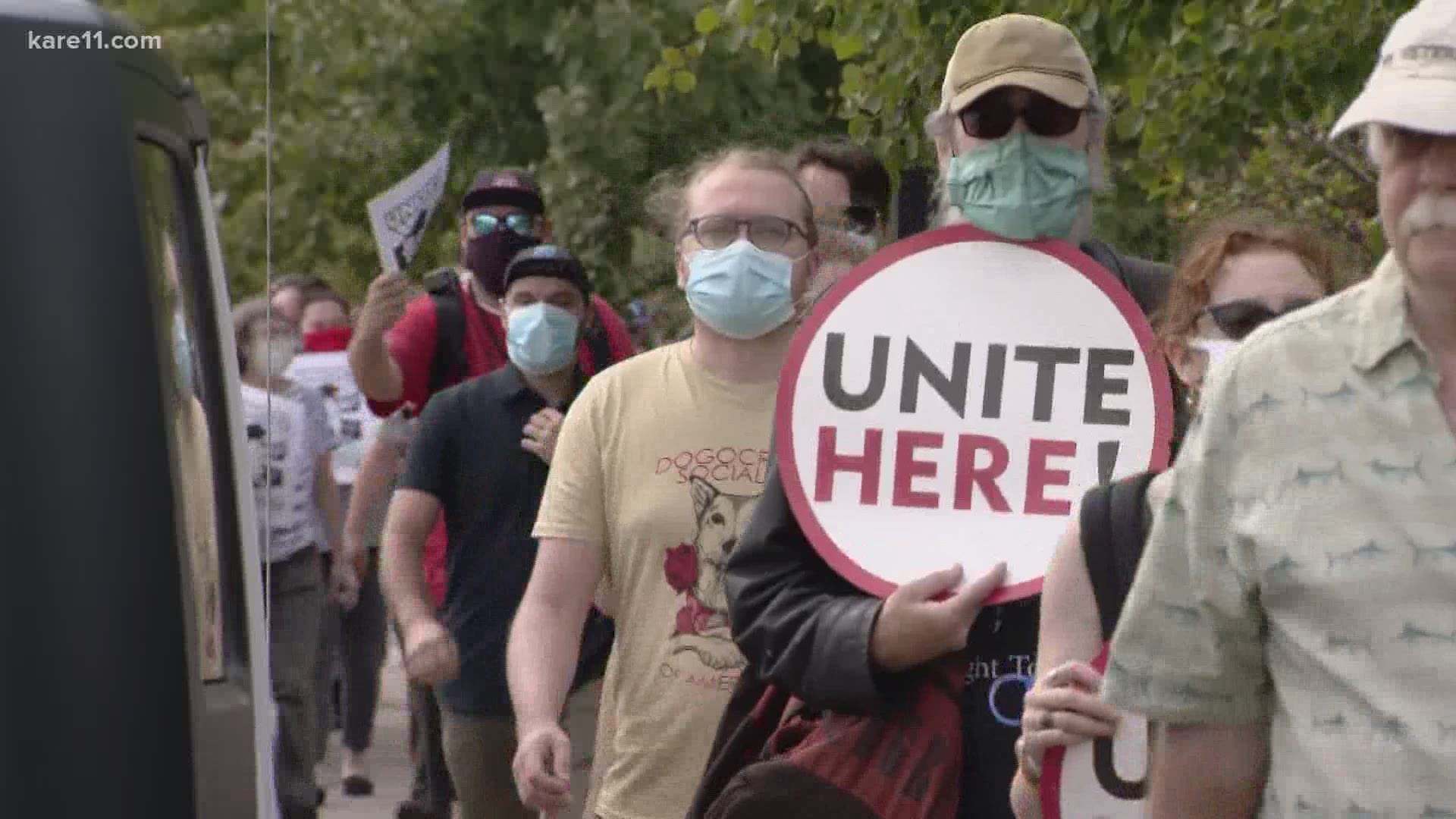 When employees of Stilheart Distillery and Cocktail Lounge and Lawless Distilling Company announced that they had successfully started unions on Labor Day, the timing wasn't lost on them.

"We were like, isn't this the perfect time to do it?" said Ethan Poindexter. "No better day than Labor Day."

In reality, the employees say their efforts really started this spring, just before Governor Tim Walz ordered a statewide closure of bars and restaurants due to COVID-19.

In the days prior to the executive order, the employees wrote letters to Kirsten Karnitz, who owns Stilheart in Minneapolis's North Loop, and her husband, Nate, who owns Lawless in the Seward neighborhood, asking them to close down for worker safety.

"They really respected that and they actually did shut down a couple of days ahead of the Governor's order," said Eliza Smith, who has worked at both businesses in the past year. "I think that was really the first moment we realized how important our collective action was."

As the businesses began the reopening process in July, employees got together to talk about a more formal way to voice their concerns.

"We all were like, 'Oh my gosh. We need to take care of ourselves better," Smith said.

"I think the pandemic changed a lot of things in our minds," Poindexter said. "We recognize we often see thousands of customers a day and we deserve a say in what our safety plan is."

Professor David Larson has been studying labor law for nearly 40 years for Mitchell Hamline School of Law. He says it's no coincidence that hospitality employees in the Twin Cities are organizing right now.

"As more and more people get laid off, they're looking around asking, 'What can I do to protect myself?'" Larson said. "The one way, maybe the only way, that you can get some job protection, is if you get a collective bargaining agreement."

Larson says worker safety in the face of COVID-19 is the common thread stemming from a recent wave organizing efforts at Spyhouse Coffee, Tattersall Distilling and Surly Brewing.

Kent Erdahl: "Is any of this surprising to you?"

Larson: "It's always surprising to me that it's taken so long. After World War II, we had unionization rates in the private sector 43-45 percent. Really high, almost half of the labor force was in labor unions. Ever since then we've had this gradual decline. In the private sector we're down to about 6%."

Larson says part of the reason for the decline is the collective bargaining process through the National Labor Relations Board, which, he says, is often set up for conflict instead of collaboration.

That appears to be playing out with Surly Brewing and it's employees, who announced their intentions to unionize last week, and found out days later that the company is planning to close it's beer hall and laying them off.

Lawless and Stilheart employees have had a much easier time with their unionization efforts.

Both owners formally recognized the unions on Monday. In a statement sent to KARE11, Lawless owner Nate Karnitz wrote. "I can confirm that we recognized the union. After speaking with our union rep this morning, it is clear that this unionization effort is coming from a place of respect, which is reflective of the relationship that we've had with our employees. We also understand and respect the unionization effort and fully intend to negotiate in good faith to ensure a beneficial outcome for both parties."

"The fact that they're kind of beginning their relationship on that kind of collaborative understanding, receptive basis is promising," Larson said. "The reality is that sometimes workers and unions can actually have ideas that can keep someone in business."

"Honestly, we're so proud of our owners and our business," Poindexter said. "We just wanted to make sure that we were keeping a system that already worked, in great working order."