Green versus gray: What happens when we walk in nature versus an urban environment? Researchers at the University of Minnesota are part of a team looking into it. 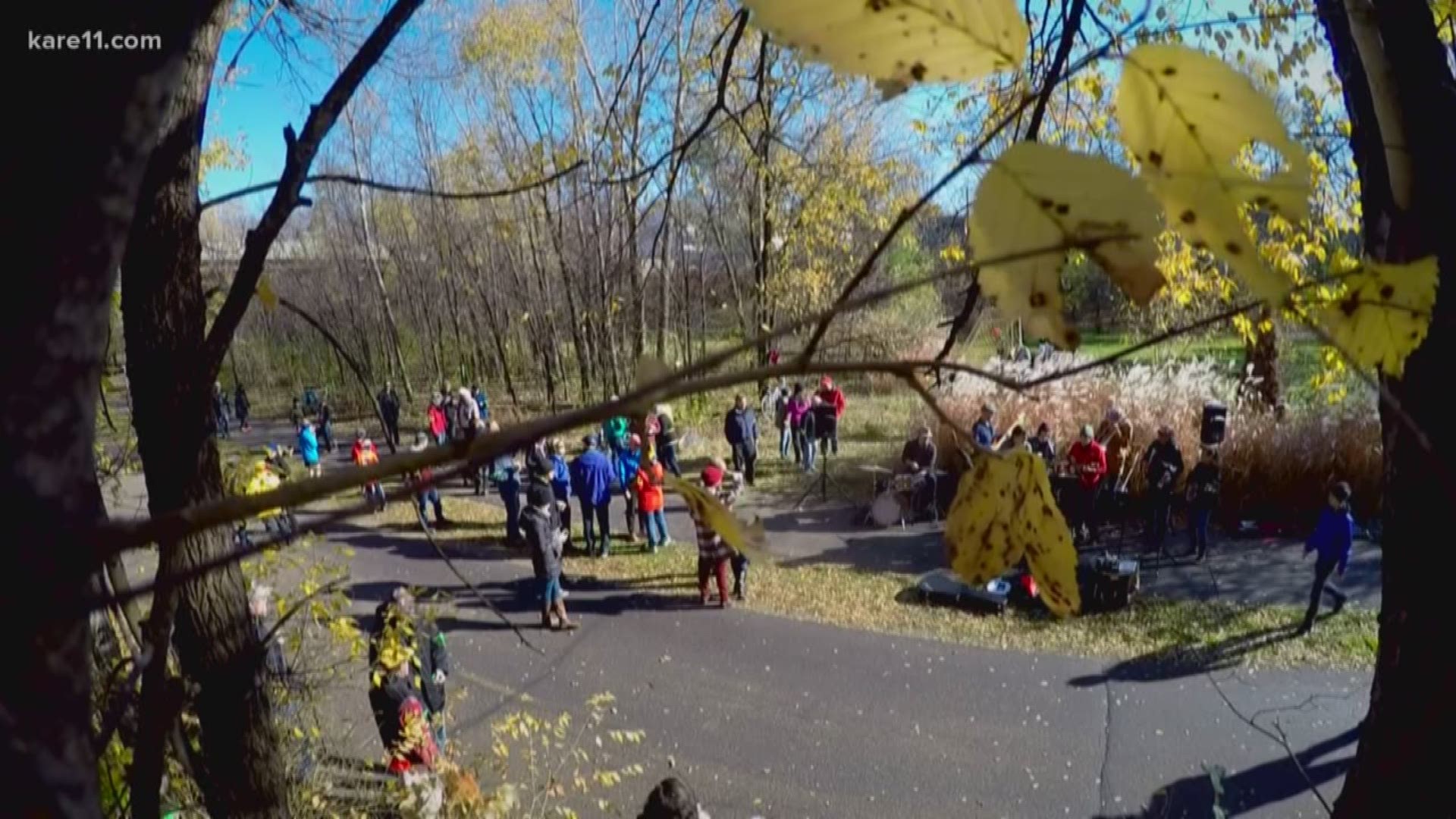 MINNEAPOLIS, Minneapolis — There are many health benefits that come with walking but where you walk may also have an impact.

Research teams at the University of Minnesota and Northwestern University investigated what happens when someone regularly walks in green spaces, like nature trails, versus gray, urban or suburban environments, like sidewalks near busy roads. They specifically examined differences in physical and mental outcomes.

Their pilot crossover study included 23 middle-aged adults who walked for three weeks in each of two treatment conditions—green and suburban—separated by a two-week washout period. The study comprised of once weekly 50 minute moderate intensity walking sessions. During their pilot studies, they found green locations that were convenient for people who lived in large metro areas to get to.

"Our preliminary results have actually shown better heart rate responses or cardiovascular responses... to the green environments versus the urban environments," said Zachary Pope, postdoctoral fellow within the University of Minnesota School of Public Health. "On the psychological side of things, there's results that suggest improved mood, decreased anxiety, and potentially decreased stress when you walk in a nature environment versus a suburban or urban environment."

Researchers want to know what is ultimately driving these responses. For example, examining how air pollution differences between green and gray environments influence the effects walking in these environments have on physical and mental health outcomes.

But to really find that out, researchers need to conduct a larger study.

Credit: David Porter
Mark Pereira and Zachary Pope, both with the University of Minnesota School of Public Health.

They're seeking a $2.5 million grant from NIH to build upon their two initial investigations. The large study would be done over five years with about 200 people with prediabetes.

To some, it may seem obvious that walking in green spaces would have added health benefits but Pereira and Pope said it's a topic that's understudied.

"When we look at the scientific literature, there's not a lot of good, hard data behind... what really does happen when you are walking in nature compared to walking in an urban, built environment. What is happening in the body? How important is this actually?" Pereira asked. "Scientifically, it's very interesting and then ultimately if the science holds up, we can apply this to policy changes. And it's a really hot topic right now in terms of more green space, conservation and governments investing in more green space in their cities."

It would also add more science behind "nature prescriptions."

"There are some doctors, not in this state, but they are prescribing things like five hours a month in nature for some of their patients because, anecdotally, they do see and believe in the fact that nature is helpful for those patients for certain conditions. But again, the science is still in its infancy and there needs to be more robust studies like what we want to conduct to really quantify these relationships," Pope said.

The team expects to hear back from the NIH about their grant proposal in about three weeks.