The school of public health hopes to enroll 1,000 Minnesota grocery store workers to see if they might have had COVID-19. 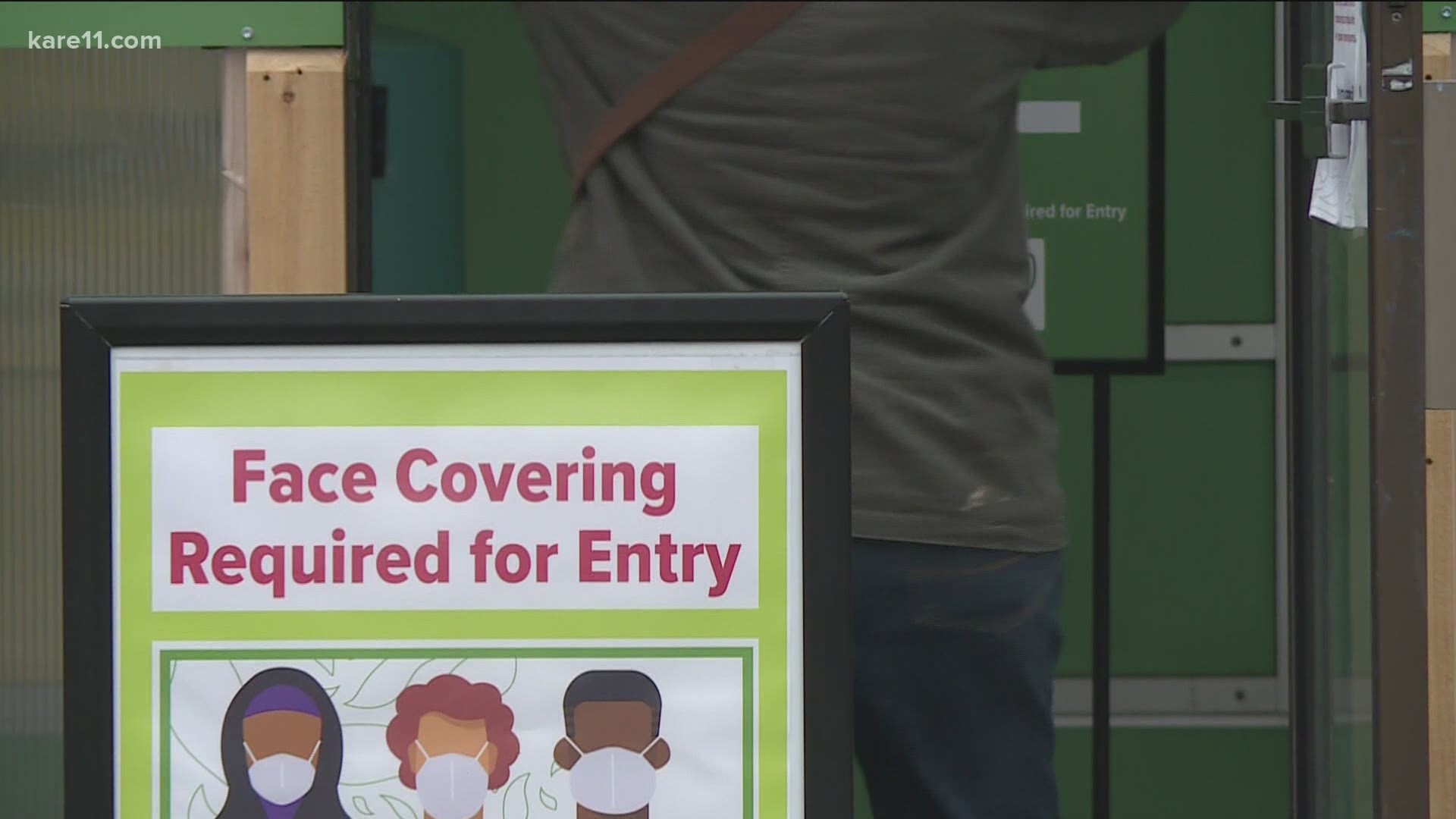 For months, grocery store workers have filled an essential role, helping Minnesotans navigate the pandemic, but there is still very little known about the risks they have encountered.

A new study at the University of Minnesota hopes to change that. The School of Public Health is looking for volunteers to undergo antibody testing to learn if employees have been exposed to COVID-19 without knowing it.

"I think it's a fantastic idea. Being essential workers and working amongst the public we do have a very high possibility of exposure," said Cyrus Burg, who works as a front end shift lead at the Seward Co-Op. "It's been quite the roller coaster this year, a lot emotions going on, but I really feel safe and protected at work."

Burg says he is often the first employee to greet customers and the last one to see them leave the co-op's Franklin Store.

Like most grocers, Seward has taken steps to limit shoppers, encourage distancing, add protective barriers and require masks, but unlike most, they've also been transparent with employee COVID cases. The co-op has dealt with 20 total cases since March.

"It's just to give them a full view on what's going on," Burg said. "We don't have anything to hide."

But what Seward is doing is rare, and though Burg says he's felt healthy throughout the year, he says he's also interested in learning whether he has encountered more than he realized.

The study seeks to enroll 1,000 grocery store employees from across Minnesota to help them determine if they've had COVID without knowing it in the last few months. Volunteers sign up online and receive an at-home blood testing kit to determine if they have Sars-CoV2 antibodies.

"Grocery stores, early on, were a place where people started wearing masks and we haven't seen the big clusters of illnesses associated with being in that environment," Hedberg said.

But the study is hoping to better understand how certain safety measures go beyond protecting against large outbreaks.

"A grocery store is one of the few places that we've had potential for community transmission," Hedberg said. "So we're trying to really see whether those (safety measures) have been protective against exposure for the workers."

But a positive antibody test will just be one part of the study. Hedberg says studies of healthcare workers have shown that they are much more likely to be infected outside of work, so the study will also consider the communities where grocery store employees live and work.

"You can have protections at works, but what you do in the community also contributes to your risk of exposure," he said. "If we see higher rates of exposure in the grocery store workers than we might see in the community in which these people live, then it might suggest that there is something going on there."

Burg says he'd like to help find some answers, and he's already signed up to do so.

"It's a very easy process, only took me a couple minutes," he said. "Just to have the ability to help in something as important as this. I feel like it is my responsibility as a citizen as well, to assist in the betterment of the population."