Doctors told 11-year-old Khloe Cox that they couldn't remove the tumor on her liver and pancreas, so she opted for a rare, double transplant. 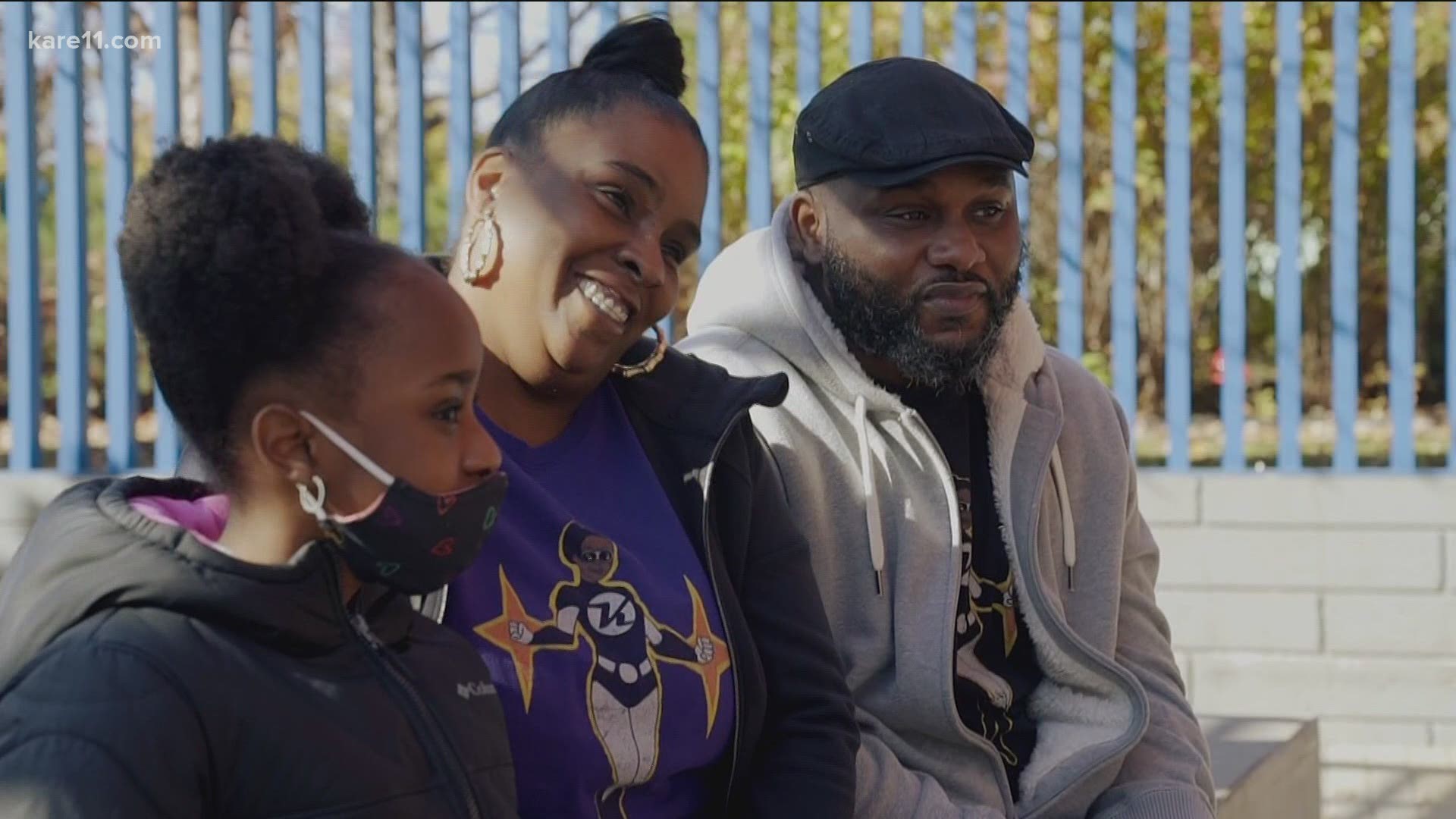 It was a risky decision but came at the request of a fearless patient: 11-year-old Khloe Cox.

Though she is small in stature and speaks very softly, Khloe's strength since she first jumped into gymnastics in her hometown of Baltimore.

"They had a competition where Khloe actually did the most push-ups," Lloyd Cox said. "She did 50 military pushups in gymnastics and she actually won an award."

"It was a strength award," Khloe said.

At the time, Khloe was just nine years old, and a few days later she had her strength tested in a much different way. Her parents brought her to the hospital after she spent days battling a stomach ache and an escalating fever.

"The emergency room doctor, when she examined Khloe's stomach, she felt something abnormal," Lloyd Cox said.

Follow up scans and a biopsy revealed a Neuroendocrine tumor, a cancer that affects just one in 150 thousand children. To make matters worse, Khloe's tumor had already spread from her pancreas to her liver.

"There were too many lesions to operate," Lloyd Cox said.

Khloe's oncologist in Maryland, connected her to specialists at the University of Iowa Stead Family Children's Hospital, who started her on chemotherapy to stabilize the tumor.

But the course of Khloe's treatment changed when she spoke up with a simple question.

"Why can't they just take it out?" Khloe said, in reference to her liver and pancreas.

Her doctor's began looking into a transplant, which led them to M Health Fairview.

"About five years ago I had done a complex liver, kidney and pancreas transplant and I published the report," said Dr. Srinath Chinnakotla. "The oncologist in Maryland and Iowa happened to read the report."

Dr. Chinnakotla began planning for an ambitious cancer removal that would include a liver and pancreas transplant. In July, a year and a half after her initial diagnosis, Khloe got the call she'd been waiting for.

"We essentially removed the entire upper abdominal organs to clear the cancer and get good clearance, and then we replaced it with new organs," said Dr. Chinnakotla.

"To the best of my knowledge, there have been many liver transplants done for this type of cancer, but I don't think a combined liver and pancreas has ever been done for this cancer," said Dr. Chinnakotla.

"The surgery has to be very precise, everything has to be under great precision and there is really no room for error. Any time we do a high risk procedure, there is always the risk of death on the operating table and death afterwards. We had to go all out to save her life," said Dr. Chinnakotla.

"Through it all she stayed strong and she was advocating for herself," Lawanda Cox said. "Even in the ICU she told them, 'Look, I'm going down for this procedure, can you take the breathing tube out downstairs and bring me up when I can breathe?'"

Khloe not only made it through, she is now two months post-surgery and cancer free. Her super strength has also inspired others.

"Khloe has been our strength," Lloyd Cox said. "She has really kept us strong and solid throughout this. I mean, there's been times where I was breaking down and she'd be like, 'Let it out. It's okay just let it out.'"

"There are so many children out there with cancer and I am hoping that Khloe will be an inspiration to them," said Dr. Chinnakotla. "To all those kids with cancer out there, if Khloe can beat it, so can you."

Khloe flew back home to Baltimore on Thursday, to finally reunite with her sister and brother. But before leaving, she had a message for her doctors.

Khloe's friends and family have started a GoFundMe page to help her family pay for this two year cancer journey.