What do presidential pardons actually achieve and what was its original intention?

It happens every time a president leaves office. 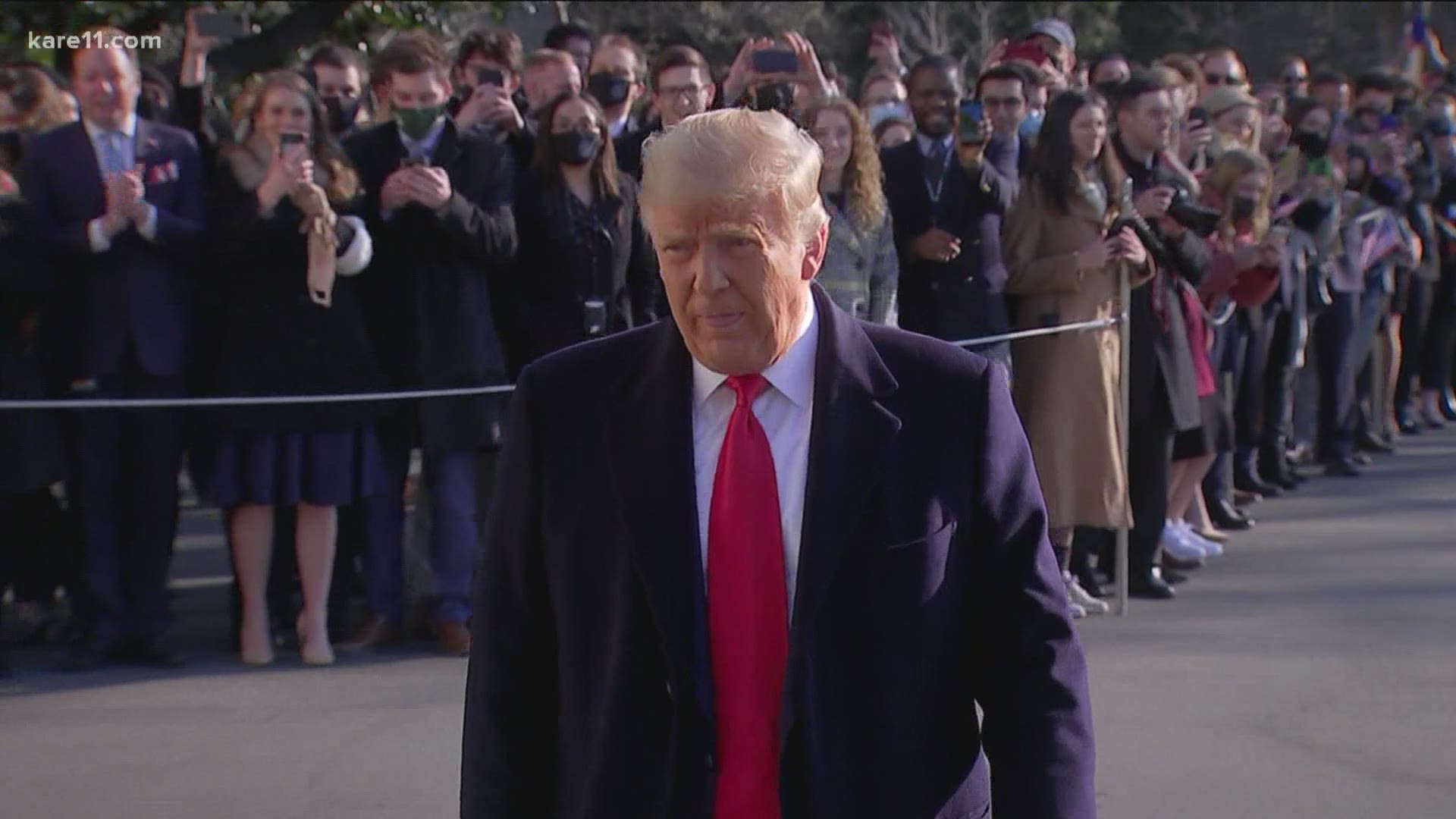 MINNEAPOLIS — The waters that surround the terms 'presidential pardon' is quite murky now, but when it was first created, it was intended to be a check on the judiciary system.

"The idea was to make sure that the judiciary didn't impose sentences that were too harsh," University Of Minnesota Political Science and Law professor Tim Johnson said. "That maybe were wrong, that maybe if cases were wrongly decided, or politically decided, it would give someone an out to ask for a pardon."

With President Donald Trump to pardon about 100 names in one go during his last few hours in office, Johnson said 100 names may sound like a lot, but pales in comparison to the peak of presidential pardons.

"The heyday was actually the 1920s into the 1930s, you can think Callvin Coolidge, and president Herbert Goover and others in that era," Johnson said. "One of the reasons was that there wasn't a 24/7 news cycle, so you could pardon people. It wouldn't raise the big controversy that it did today."

It's true that almost every president has made pardons that are self-serving, not just President Donald Trump.

"Every time this happens at the end of a presidential term-- that is, can we really allow presidents to do this with impunity? The answer is in fact yes," Johnson said. "Unless we pass a constitutional amendment. You can pardon anyone you'd like to, while we like to think, that presidents dig into the cases, to pardon people in the name of justice, we certainly have people being pardoned for political reasons."

And the million dollar question: Can the president pardon himself?

"There are arguments on both sides," Johnson said. "If you look at the exact wording that lays out the pardon power, the words are 'shall grant' and the word to grant quite literally means to give, and you don't give yourself a gift."

The other side of the argument is that the framers didn't explicitly say the president couldn't pardon himself. However, there is strong precedent.

"Right after President Nixon left office, right after the entire Watergate controversy, there was a memo that came out of the White House Council's office that said very clearly, presidents may not pardon themselves," Johnson explained. "That doesn't have legal precedent, the Supreme Court hasn't decided that, it's not a law passed by congress, but that's the precedent that presidents have lived by all the way up to the last 24 hours of the current administration."

President Donald Trump has until noon of Inauguration Day to announce his pardons.