What you need to know about kidney donation

Well, we didn’t plan it, but it sort of turned into “Kidney Week” here at KARE 11. 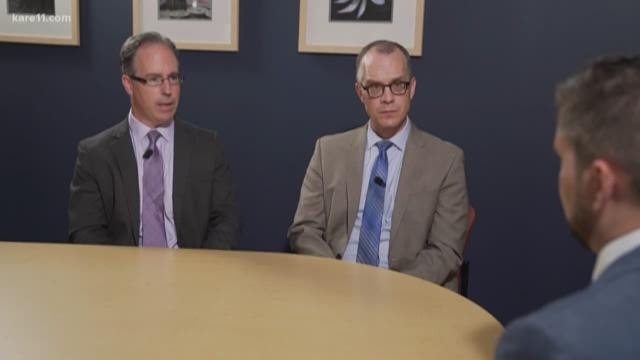 GOLDEN VALLEY, Minn. — This week we've been following the story of a family who has been at the State Fair in hopes one of the millions of people who come through those gates would consider being a kidney donor.

Since Gordon first told you this story there have been hundreds of you, our viewers, reaching out asking how to help, but also asking more about the process of donating a kidney.

So, Gordon asked two doctors to walk us through the process and answer any questions you may have. 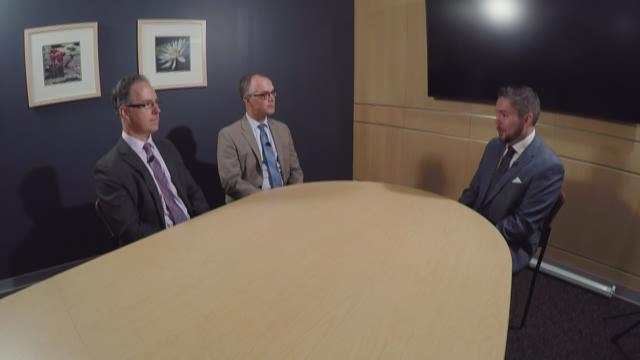 We received several great questions, and to answer them, Dr. Mark Hill and Dr. Peter Lund graciously took time out of their busy days to help us out.

Dr. Hill is a transplant surgeon at Allina Health and works directly with donors and recipients in the operating room.

He helps donors and recipients prepare for the kidney transplant, walking them through the risks, the benefits, and the possible outcomes after surgery.

He also works with patients after the surgery is complete to make sure their recovery goes smoothly and that their bodies don’t reject the new kidney.

(GORDON)
“I guess we should start at the very beginning. What is a kidney and what does it do?”

(DR. PETER LUND)
“Your kidneys are the great filters of your body, alongside your liver. Your kidneys help to keep your blood chemistry balanced.”

(DR. MARK HILL)
“They’re about the size of your fist, a little longer.”

(GORDON)
“What are some of the reasons why someone would have kidney failure?”

(DR. LUND)
“The number one cause is diabetes. Then there are also infections, auto-immune diseases where the body is fighting with itself, and also familial diseases that are passed down from one generation to the next.”

(GORDON)
“How does dialysis work?”

(DR. LUND)
“Blood pumping from their heart goes into the machine. It goes through a giant filter. It adjusts the water volume in the blood and it adjusts the blood chemistry and then it returns to their own vein.”

(GORDON)
“And they can do this for a while? They can live off this?”

(DR. LUND)
“Generally several years a patient can live off of dialysis. It’s not the perfect replacement for kidney function, but it’s close.”

(GORDON)
“Compared to dialysis, what is their life like after they get a new kidney?”

(DR. HILL)
“It offers them greater independence and possibly the ability to get back to work, but they also feel a lot better with a new kidney versus dialysis.”

(DR. LUND)
“They also have fewer hospitalizations and longer life after a transplant.”

(GORDON)
“What all goes into finding the right match?”

(DR. HILL)
“So, in addition to the AOB match (The blood test to see their type) they also go through antigen compatibility.”

(GORDON)
“That’s to make sure all the antibodies in their bodies sync up?”

(DR. LUND)
“So they don’t attack the new kidney as if it’s foreign. You’re trying to get your body to receive the kidney as if it were its own bodily tissue.”

(GORDON)
“If people are interested in helping someone, what’s the first step?”

(DR. HILL)
“That would be to probably reach out to a transplant center near them and ask to speak with a donation coordinator.”

(GORDON)
“So, it starts with a conversation and some questions?”

(DR. HILL)
“Beyond that initial health screening there will ultimately be some preliminary testing done, blood type testing and other compatibility testing that we’ve mentioned, and they’ll go on from there.”

(GORDON)
“How long can it be between that first phone call and the actual surgery? Is it a long process?”

(DR. HILL)
“Usually it takes a few months at least to get everything in order.”

(GORDON)
“Are they paying for these procedures? Or is it the recipient?”

(DR. HILL)
“All of the testing, all of the donation costs, that are directly related to the kidney donation will be covered by the recipient’s insurance.”

(DR. HILL)
“It typically takes two to three hours. We’ll typically go into the room with the donor first and as soon as the kidney is removed, we’ll usually bring it to an adjacent room where the recipient is under anesthesia and we’ll begin the implantation.”

(DR. LUND)
“After a few weeks we’ll do a follow up appointment. By that time the patient is usually off pain medication. They’re usually back to their normal life style completely. Weight lifting restrictions will probably be lifted by then. And, other than a few laparoscopic scars they have no knowledge that they only have one kidney. Life is exactly the same. There are small risks with donating a kidney, it is surgery, but they are pretty small risks.”

(GORDON)
“Were either of you surprised by public’s interest in these stories? That people were so curious about it?”

(DR. HILL)
“I guess I wasn’t so surprised. People in my life are interested in. Friends and family often ask questions about transplant surgery and the procedures and what they’re like. So, I’m not surprised other people would be curious about it too.”

(DR. LUND)
“And you know, we live in a really wonderful and charitable place where people really look to give of themselves and I think once this comes to the front of their mind, a lot of people are like well, I guess I could help somebody.”

We also learned there are several ways people can donate a kidney.

The first way is through a family member. They say this is by far the most common type of kidney donation.

Another way to donate a kidney is through a friend or co-worker.

Doctors say these cases are more difficult to match, because the potential donor and the recipient are less likely to match.

Another way to donate is commonly referred to as “altruistic” donations.

In these cases, a person, sometimes a complete stranger, will hear about someone’s struggles and will reach out and see if they’re a match.

This is basically what Peggy Strom and Cassie Amsler are looking for.

We shared their stories earlier this week about how both women are looking for some generous stranger to come forward and give them a kidney.

Again, doctors say in these cases the potential donor and recipient are less likely to be a match.

But now there’s a new program that should help with that.

Doctors say the nationwide “Paired Donation Program” lets potential donors and recipients who don’t match have a second chance at saving a life.

Let’s say you would like to donate a kidney to your cousin, but the two of you don’t match.

If you both sign up for the “Paired Donation Program” you could connect with another potential donor and recipient out there and you could swap kidneys.

In some cases, it’s a straight up trade, but doctors say in other cases the chain of swapping will go on for eight or nine families so that administrators can find a match for everyone.

Doctors say this program has been very successful because it gives potential donors a wider pool of patients they can connect with.