A recent conversation in the newsroom spawned the question: With demand so high for homes in the $150,000 - $250,000 range, why don't contractors just build more? 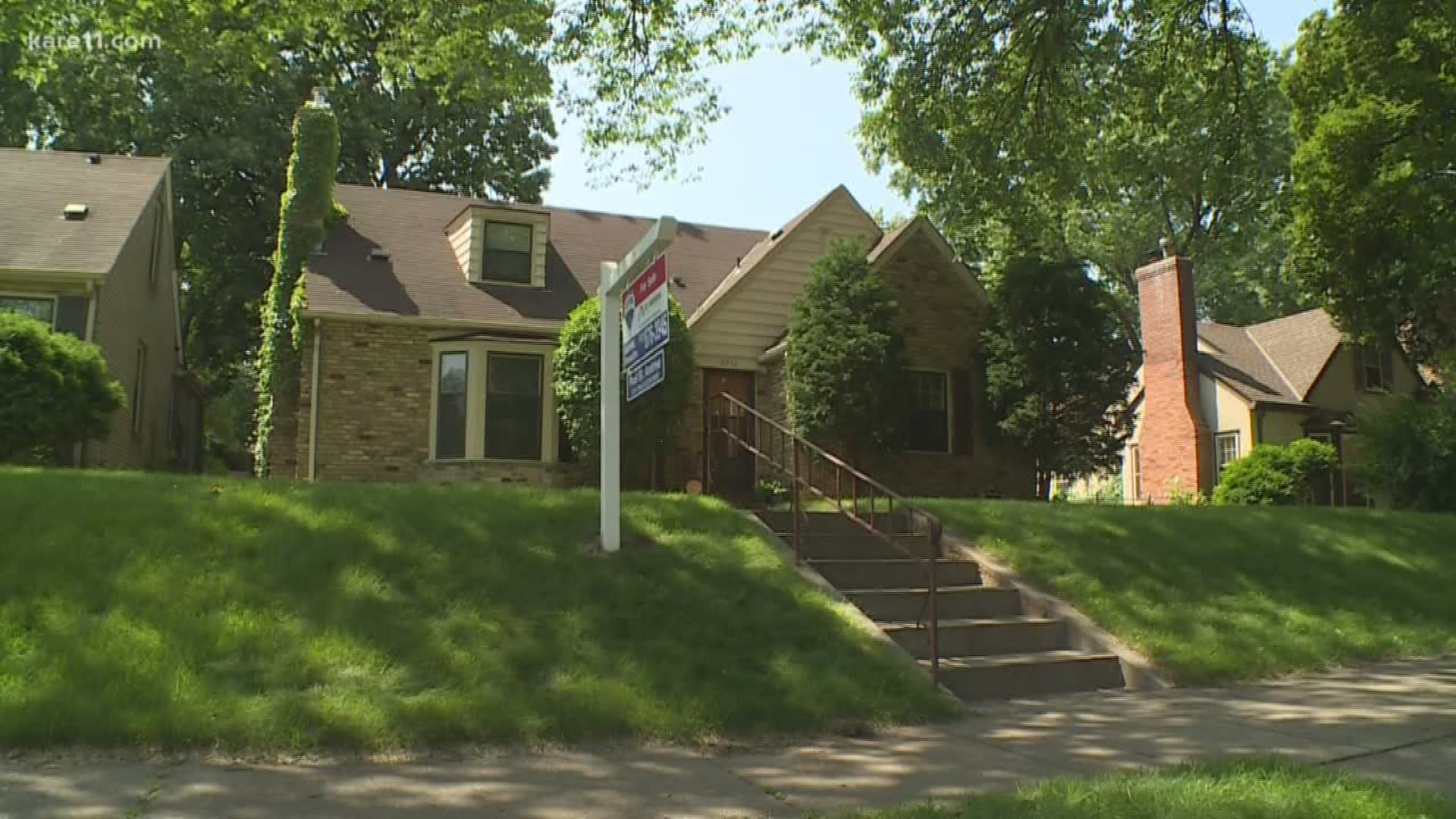 The average single-family home in the Twin Cities will cost you $294,000 on average, a record high and 6-percent increase over June of 2018.

That is simply too expensive for many people trying to get out of the rental or condo markets, and into the starter house market.

The problems those people are facing: dwindling inventory and rising prices.

“Gone in a second,” said Twin Cites realtor Paul St. Andrew. "Rent is expensive, and people want to jump in and pay for their own piece of property.”

A recent conversation in the newsroom spawned the question: With demand so high for homes in the $150,000 - $250,000 price range, why don't contractors just build more?

Wiener said he gets a call or email once a week asking for a new two-story house in the starter home price range. But he said the math makes it impossible for a number of reasons, and construction costs or profit are not foremost among them.

“One third of the total package price, with the land, is in the regulatory costs. Your wetland fees, your park dedication fees, your permit costs,” Wiener explains.

Here's an example. Housing First Minnesota partnered up for a study about this topic and broke down the estimated cost of a new house in Corcoran, Minnesota. The estimated construction cost is $182,000. The administrative costs that go into it were estimated at $56,000. The total cost of the home came in at $372,000.

The study estimated the exact same build in the community of Hudson, Wisconsin and the total price was $43,000 cheaper, with the savings split between land and administrative costs.

For now, condos and townhomes are the only new builds that will ring-up in the starter home price range, according to Wiener.