The Mullane's waited eight years for their family crop. 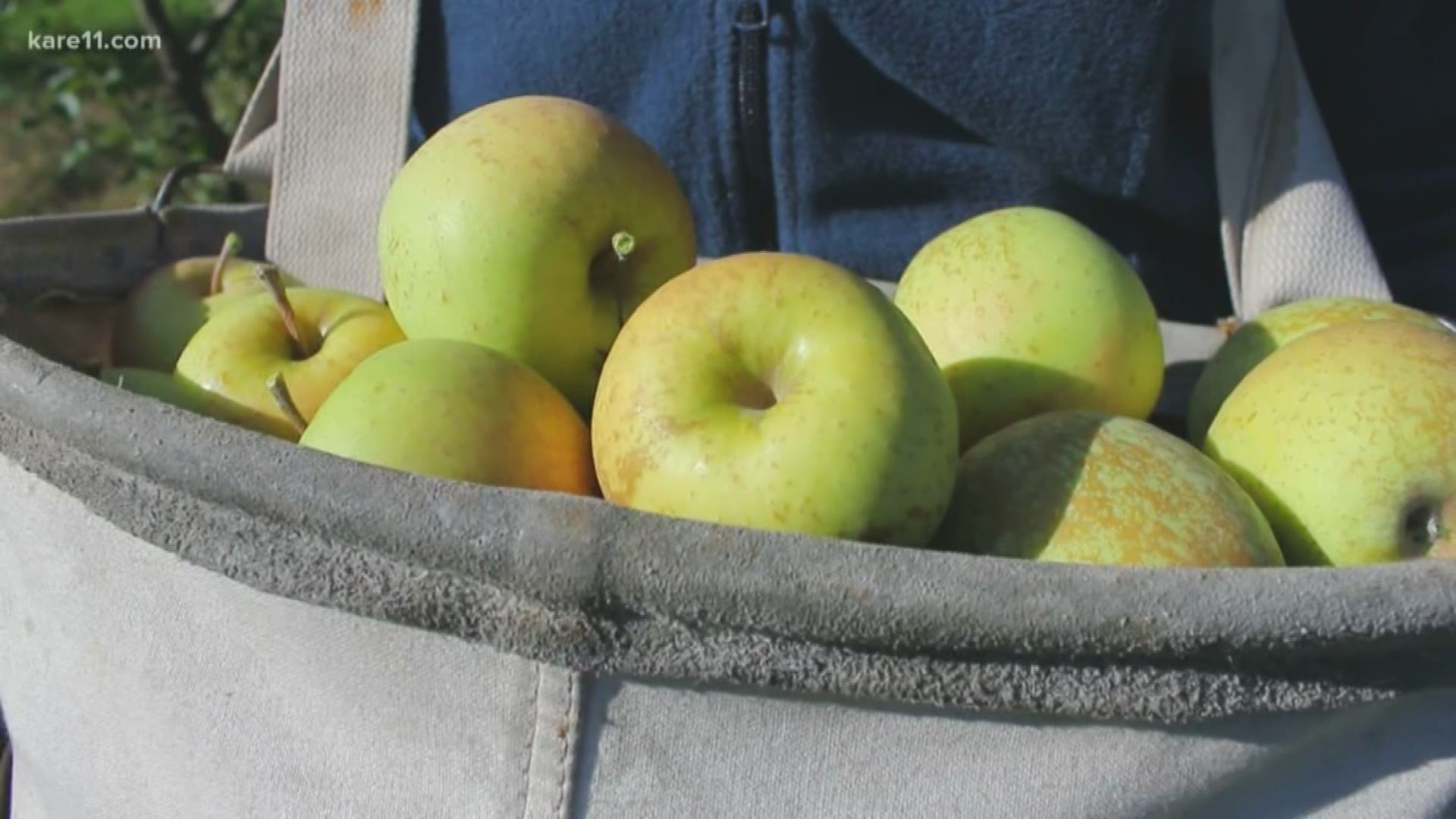 CADOTT, Wis. — When you live around this area, you take apples seriously. It's apple season right now and a new type of apple is available near Eau Claire, Wis.

The apple carries with it a long story, and it comes from an orchard with history.

"People come here and their blood pressure tends to drop," co-owner of Dixon's Apple Orchard Becky Mullane said. "They don't want to leave, that's the kind of place it should be."

Mullane said her grandfather Fred Dixon started the orchard in New Mexico in 1944. Mullane and her husband Jim inherited the farm.

"June 26th of 2011, the Las Conchas forest fire was started," Mullane said. "It started in the canyon above our ranch. the fire started up there and it came down like a funnel through us. We were in a canyon and there was no escaping it."

Las Conchas burned and burned in New Mexico. When it was all over, not even a few months went by before a flood.

"Seeing all the flooding, we just realized there was no way we could farm in there, not in our lifetime," Mullane explained. "And who wants to look at nothing? Just scarred land. So we decided to pull out at that point."

The Mullanes left 70 years of history behind and headed towards Wisconsin. Their hope riding on a Champagne apple tree that her grandfather discovered. They were able to save a few cuttings from the tree.

"That's a wild tree from our canyon in New Mexico," Mullane said. "And he found that and developed it."

Mullane said her grandmother named the apple before she passed away. The Champagne apple alone was so good that her grandfather decided not to cross-breed it with anything else.

With cautious hope Mullane said they replanted the trees in Cadott, Wisconsin, not knowing if the trees would survive the winters. The good news, they did, and finally bore enough fruit for a full season this year.

"You pour everything into this and you don't see the benefit until five to eight years later," she said. "So we're finally, our first year. Seeing a crop. We're so excited."

A green apple with a pink blush, so tangy and sweet. Mullane said it's just as her grandfather had found it, and fell in love with.

"I know he's smiling down to see what's happening and its success," she said. "And it's not dead. It has come back to life and it is a new start. I think of him a lot right now."